Kyle Chu’s electrifying performance and personal account about how Asian American stereotypes have impacted his life catapulted him over four other contestants to take the Mr. Hyphen crown for 2010.

San Francisco-native Chu, who identifies as a queer fourth-generation Chinese American, took the crown and sash and won over the judges with his sex appeal, shimmy shake and tenor saxophone skills.

“I’m feeling so many things: I’m awestruck; I’m so shocked; I had a lot of fun,” Chu said. “The most important thing is to be yourself and truly yourself.”

One of the most powerful moments of the evening was Chu’s account of being called a “Chink” by someone he was dating and how it propelled him to become active in media and Asian American studies to subvert race, gender and sexuality stereotypes.

In addition to the glory that comes with being Mr. Hyphen, Chu won the $1,000 prize for San Francisco’s very own Center for Asian American Media (CAAM) to support his passion for the arts and media empowerment. Chu took the reins from Mr. Hyphen 2009 Pahole Sookkasikon, who was in attendance to pass the crown.

Contestants next fielded questions from the panel of judges that included International Gay and Lesbian Human Rights Commission and CAAM Chair Dipti Ghosh, Campbell, CA, mayor Evan Low and filmmaker Alice Wu of 2004’s Saving Face. Candidates answered questions about which superheroes they would be (Spiderman and Japanese anime’s Sailor Moon got their props), what they would cook to impress a date (spam musubi and adobo were in the mix) and described a defining moment in their lives as Asian American men. D’Lo facilitated while impersonating his Sri Lankan mother, dressed in a stunning red and gold sari.

The heat cranked up a few notches with a fashion show by San Francisco Bay Area designers Cecilia Aragon and Estrella Tadeo. After workin’ it in couture menswear, the contestants whipped the crowd into a frenzy with a special sleepwear segment. Hello, boxer briefs and rocket-ship onesies!

The judges awarded first runner-up to Bautista, for his commanding spoken word and B-boy journey through a hip-hop-influenced youth in San Francisco’s Mission District. He also presented a heartfelt description of his personal hero, Filipino American activist Al Robles.

“I feel blessed, it was a great opportunity for all of us to get together and share our talents with the community. ... The competition was fierce, but at the same time, there was a spirit of togetherness and brotherhood that really epitomizes the essence of this event,” Bautista said.

Cynthia Brothers is a blogger for hyphenmagazine.com. This is her first story for Hyphen’s print version. 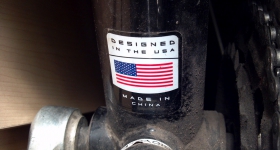 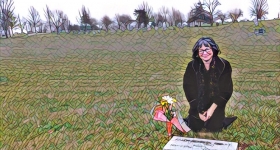 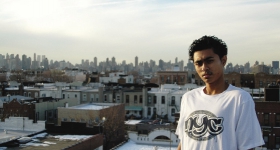