Saïd Sayrafiezadeh, author of When Skateboards Will Be Free (Dial Press), tells us about the top three books that have held the most bittersweet meanings for him.

I read The Crucible when I was 27 years old and nearing the end of a relationship with my then girlfriend. In fact, I used the book as an example of how she never read anything and wasn’t intellectually stimulating enough for me. In a fit of desperation she promised: “I’m going to read this over the weekend!” We broke up anyway. I regretted my decision almost immediately, dreaming of her nightly. And many months later, I dreamed that we were living in 17th century New England, riding together in a covered wagon on our way to our deaths.

Wage-Labour and Capital and Value, Price and Profit (International Publishers)

A surprisingly short and accessible explanation of how capitalists extract profit from workers. I read it after having asked my father to explain the concept to me. Although a committed Marxist and leading member of the Socialist Workers Party, he had absolutely no grasp of what he was talking about. So I read the book for myself, lying in bed in my luxurious studio apartment, feeling guilty but enjoying Marx nonetheless. I hoped that my newfound knowledge of things like labor-power and -value would endear me to my father. Instead, it spawned vast disillusionment with him and ruinous fissures between us.

I didn’t like Krapp’s Last Tape when I heard it read during a rehearsal in a Pittsburgh theater that was producing five short Beckett plays, one of which I had been cast in. I was 23 and enduring a dreary existence that I hoped would change once I had the courage to move to New York. The night before opening, I watched “Krapp” once more. Suddenly, it was terrifying to witness an old man listen to a recorded version of himself at age 30. It was evident that the young man on the tape had a grand view of his future while we, the audience, understood that what resulted was missed opportunities. At the end, the voice of young Krapp said, “Perhaps my best years are gone. When there was a chance at happiness.” One year later, I was living in New York. 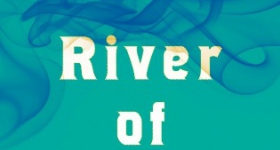 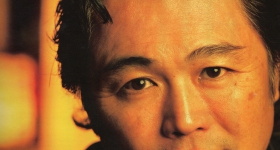 Books: An interview with poet David Mura on his latest work, "The Last Incantations"