Adam Warrock — the Korean American attorney turned pop culture-obsessed rapper who won 2011’s Kollaboration Atlanta, the city’s annual Asian American talent show — is nothing if not hard to define. Whether rapping about This American Life’s Ira Glass or X-Men, he’s aware of the pitfalls of being boxed into the nerdcore genre, a school of hip-hop that focuses on themes like sci-fi and comics. While he also raps about race and identity, he doesn’t want to be labeled strictly as an Asian American artist either.

So the 30-year-old Memphis, TN, resident, who released his fulllength album The War for Infinity in 2010, takes a more intuitive approach to making music: Do whatcha like.

If you could illustrate, comic book style, the moment you told your mom you were quitting law to become a rapper, would it be a tragedy, comedy or an extended fight scene?

I worked [as a lawyer] for three years, and my parents knew how much I didn’t like it. I’m pretty close to my mom, and my dad is a typical quiet Korean man. So it wasn’t a surprise that I left.

I think it was a surprise that I was gonna do what I did. I sorta fudged exactly what I was gonna do until I had more success. I told them I was gonna do some online business stuff. [Laughs] After I could show my mom these magazine articles and things in newspapers, she’s very excited about it.

You grew up in Pittsburgh and Memphis and went to school in Ohio and Georgia. How have those experiences shaped your perspective?

When I moved to Memphis when I was 10, it was that stereotypical “I was only one of two Asian kids in my entire grade” kind of thing. It made me very acutely aware that I was always different.

I never wanted to be seen as this nerd rapper, and I never wanted to be seen just as an Asian American artist. I just wanted to make music and put it out there and not try to think of what kind of music it would be. That’s the funny thing about the “Angry Asian Man” song. What that song means is that I’m thankful that there are people like [AngryAsianMan.com blogger] Phil [Yu], there are people like Hyphen since I can't hold that banner all the time.

“Angry Asian Man” is a very personal song that covers your parents’ experiences as immigrants and race. How do you balance those types of songs with the tracks that are about comics or nerd identity? Even though it seems like some of the biggest mainstream rappers are, in fact, huge geeks — Lil’ Wayne, Nicki Minaj, Kanye West — there still seems to be a separation between hip-hop for the mainstream and for geeks. Why is there such a delineation?

It’s really interesting because if you actually do listen to the three people you named, they really don’t seem [to have] as much gangster posturing as there used to be. A lot of their stuff is very personal. People are only starting to realize that there may be nerdcore stuff out there that they might like even if they don’t consider themselves nerdcore or hip-hop fans.

Some of your songs, like “I Believe in Harvey Dent,” are very political despite being about comic book characters. Do you think your fans are connecting with that aspect of your music?

If not, I am forcibly making them aware of it, I guess. [Laughs] Sometimes you want to make a song that’s angry, right? But like when you rap really angrily and aggressively about really frivolous stuff, you sound really empty. Whenever I make an aggressive song it tends to veer into things I’m pissed off about in politics.

“Harvey Dent” was definitely a song that I’m glad people liked. And I’m glad that it is so ridiculously political and it calls out Obama and all the pundits and things like that. It makes me feel like people can be more aware.

I’ve been traveling a lot and doing shows. I do a lot of comic conventions, too. I have another big project that’s coming out at the end of the year. It’s gonna be another free mixtape like I’ve done before but this one is probably gonna be the biggest yet.

Adam WarRock’s most recent album The War for Infinity is available now. Check out adamwarrock.com for future shows, songs and mixtapes, including his latest mixtape, The Browncoats Mixtape.

Sylvie Kim is the co-editor of Hyphen’s blog. An extended version of this interview first appeared on the Hyphen blog on April 28. 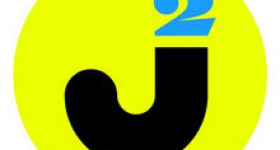