One blustery May night in a theater next to Oakland, CA’s Lake Merritt, D’Lo explained the difference between the first four letters in LGBTQ and the last.

"Gay people want to get married and move to San Francisco." There were murmurs of approval from the audience, mostly 20- and 30-something queer people of color.

He paused, then pointed to his hairstyle. "Queer people want to get mohawks and move to Oakland!"

The crowd roared, acknowledging the center-left normalcy of one side of the San Francisco Bay Area versus the defiant radicalism of another.

The joke comes a few minutes into D'Lo's newest one-person show, "D'FunQT," which opens with him prancing on stage to blaring hip-hop, holding the mic sideways and spewing expletives in an artificial baritone from under the stiff brim of an Oakland A’s cap.

But a few seconds in, he drops the act. The cap comes off. “Just playing,” he says. “That's not really how I speak.”

How he really speaks−in a high countertenor that rises, when excited, to a squeak and has the momentum of an avalanche during moments in what he calls his “ranting spot” at stage right−betrays who he really is: a skinny, transgender brown boy assigned a female gender at birth; a bright, curious child of Tamil sri Lankan immigrants; and a skilled comedian and performer who makes his experience of elective mastectomy as relatable as his exploration of his cheerful search for love in the all the wrong places.

Early one morning, I meet D’Lo at the Brooklyn, NY, apartment where he is living for a few weeks during a run of his show, away from his home in Los Angeles. Despite just waking up, D’Lo is deeply solicitous, offering me food and water, and then asking again if I want more. He is bleary-eyed, with mohawk listing, in board shorts and a baggy T-shirt.

Much of D’Lo’s humor concerns his appearance, which is striking. Beyond his smooth cheeks, oval jaw and slender build, there’s his swagger: his apparent comfort with taking up physical space and the bemused curl in his grin. He describes himself as “transgender, transcending gender, a third, fourth, fifth or sixth gender, boi or stud, stud king,” and the expression of that gender can stop strangers in their tracks. He says in his show, “When people see me, they say, ‘Is that a girl who looks like a man? Or a boy who looks better than my man?’” His South Asian skin tone can be another layer of complexity. “When people realize I’m not a black dude, that’s when the staring begins.”

Whether coming from malice or mere curiosity, the staring eventually changes a brown-skinned, gender-nonconforming person’s view of himself and of the world. According to D’Lo, being gender nonconforming is “like a lens that makes you see things in the most skewed and bright colors. Everything feels warped. Even a walk in the park is different.” What is an ordinary stroll to others may be a self-conscious performance for someone worried that the androgynous drape of his pants could make him be perceived as weak, or − even worse − unconvincingly masculine.

Even the tilt of a hat matters. D’Lo demonstrates. “Like this,” he says, pointing the brim of his cap upward. “Maybe I look like a girl. But like this,” angling it five or 10 degrees toward the ground. “Then I’m something else.” We get on the topic of food. Raw food, vegetarianism and coffee enemas as recommended by a faddish diet and fitness program. (The last? “Nah, I don’t put anything up my butt.”) His busy days on the road may mean protein bars for lunch, but he is careful about his diet and fondly recalls a meal his partner, a woman named Anjali, recently cooked: a high-protein soba stir-fry with red cabbage, Chinese broccoli and a Sriracha and honey sauce.

Perhaps it is an increased awareness of his transgender body in recent years that has turned his thoughts to nutrition and exercise. His transition has been gradual; D’Lo started coming out as transgender around 2006 but used male-gendered pronouns sporadically before then. He has considered taking testosterone injections. He talks about working out with a personal trainer. And the emotional crux of D’Lo’s show concerns his decision in 2009 to get “top surgery” − queer speak for a bilateral mastectomy to give the chest a masculine contour − and his mother’s reaction to it.

As he describes it in his act, his mother is cooking tofu when he tells her. They’re not looking at each other; she is preoccupied with the stove. Then, there is a pause − a long, weighty silence that, as becomes clear throughout the show, captures the multilayered anxiety of a queer person of color coming out to an immigrant family, first as gay, then as transgender, but above all, as somebody who yearns for his parents’ acceptance of the full expression of his messy, delightful personality.

It’s a raw moment with gravity made possible by the obvious love with which he speaks about his family during his show, whether it’s his mother’s fobby affectations (“Sweet home sweet,” she says, welcoming him home), her penchant for reusing yogurt containers “from the 1970s” or his father’s awkward attempt to console him after a breakup (“I don’t like her face”). They try to support one another, albeit in endearingly odd ways.

D’Lo’s anecdotes illustrate the finding from a recent study on Asian American and Pacific Islander transgender and gender nonconforming people − respondents who were accepted by their families were much less likely to face discrimination and were less than half as likely to have attempted suicide or to be HIV positive as those who were not. In other words, family support for gender identity matters.

Be Nice to the Freaks

Listen to D’Lo for 20 minutes, and you’ll understand his promiscuity with the English language. His pescetarian diet includes “shrimps.” If it’s bad to be perceived as a man in the women’s bathroom, it’s “worser” if you’re seen as a black man. Angelina Jolie is somebody he’d like to “pregnify.”

The diction is intentional, he says: “We have to find our own way in language.” D’Lo’s second-generation immigrant tongue pronounces “lesbianesque” as “lesbian ex,” so his coping strategy is to “flip it and make it fast.”

D’Lo exaggerates the pronunciation or grammar idiosyncrasy until it becomes comedy. Even his name is evidence of this: It’s his amma’s riff on his given name (which begins with “Dil”) combined with his childhood love of pickles. When he turned 17 and began exploring hip-hop and music performance, the cutesy “Dillo Pickle” nickname transformed into his flintier MC name. While he originally aspired to become a music producer (studying ethnomusicology at the University of California, Los Angeles), theater and performance gradually became the focus of his ambition. Today, he is one of a few touring transgender Asian American performers. “We’re not even a handful,” says Kit Yan, a Brooklyn-based spokenword poet who is also transgender and Asian American. “More like a peace sign-ful.”

Yan, who has toured with D’Lo, is familiar with the material and its effect on audiences. “At a D’Lo show, you spend the whole evening laughing your ass off, but you leave thinking about the deeper issues behind the comedy, like being a trans API person, family, racism and the celebration, weight and sadness sometimes attached with these things,” Yan says.

Many of D’Lo’s audiences are politically conscious people of color, but sometimes they miss the point, particularly when he plays with political correctness. Audience members have reacted negatively to a bit where he assesses the suitability of a partner by considering how well she “breeds.”

D’Lo appreciates this conscientiousness in the audiences he attracts, but he wants them to put down their dukes and relax. “The whole point of that joke is that I sound like a misogynistic male machine!” he says. D’Lo calls “D’FunQT” his “gift to the communities I identify with. I want to give my people a break. I’m trying to get people to exhale.”

It’s this gift for creating accepting spaces that makes him a popular host for events in the Asian American community (D’Lo was the MC of Hyphen’s Mr. Hyphen event in November 2011), the queer community or both, when those communities intersect. D’Lo was the master of ceremonies in an event in Washington, DC, for the National Queer Asian Pacific Islander Alliance, and Ben de Guzman, the group’s codirector of programs, says: “I made a drag debut in fabulous high heels that night and my feet were killing me, but D’Lo’s presence eased me onto the stage.”

Yet, D’Lo recognizes the limitations of the safe spaces created by his performances. They can exhale in the company of like-minded folks for the 90 minutes of the show, but re-entry into the world afterward can be a rude shock. “I call it the ‘god-freak complex,’ ” he says, where you’re perceived as a desirable, attractive person in a small, isolated subculture but as a freak when out in the open.

He has advice for allies who want to support people like him. “If you’re hetero, be overly nice to the freaks,” he says. “Smile when you see us. Don’t act like you don’t know we deal with what we look like.”

D’Lo aspires to “take this queer trans body of mine into mainstream media” and to broaden the dominant cultural understanding of gender through television and film. “What makes me a freak is when I’m seen as a reflection of people’s worst everything − their nightmares, their children, their hidden desires, the thing that threatens their religion,” he says. But that’s not how he sees himself. “I could also be their best reflection. Genderqueer folks could show the way the world is changing to accept people who look different. That’s only a little bit of the magic that we have.”

Mandy Hu is a San Francisco-based lawyer and writer. She is on the board of the National Queer Asian Pacific Islander Alliance. 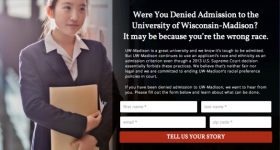 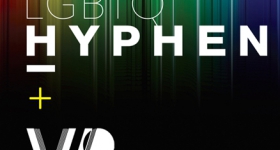 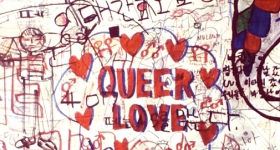