I’m pretty stuck in my ways sometimes. It is a sad but true fact, that at the gym where I’m a member, I only know how to get to the locker room and the pool. Because I only swim—I’ve never even been on the other floors.

But change has a way of showing up when it wants, pushing you not only to something different, but oftentimes, something better. And so, we present a new and improved Hyphen. We’ve combined a couple sections, redesigned our layouts and unveiled a new logo. We’ve also decided not to kill ourselves trying to publish four times a year, so we’ve cut back to three for 2005. (But no worries, your subscriptions will still last for four issues). Yes, I know four times a year is not a lot, but it is definitely a handful when you’re staffed entirely by volunteers who hold down day jobs.

Our content is the same in spirit though. We still focus on social justice issues, community trends and personalities, striving to bring you a progressive take on Asian American news and pop culture. It’s this kind of coverage that recently earned Hyphen an Utne Independent Press Award nomination for Best New Title.

At Hyphen, change isn’t just a theme for this issue, but for the magazine as a whole. After all, we started Hyphen because we wanted to inspire change. We want to provide a different kind of Asian American voice on the newsstand, one that isn’t just about lifestyle and identity. We seek to change the way that America looks at its Asians. And most of all, we aim to inspire you, the reader, to take action, be it political or personal, in your own surroundings. We hope we’re succeeding. 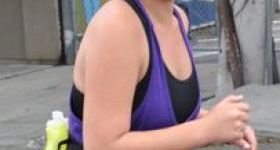 The Faces Behind Hyphen: Lisa Lee 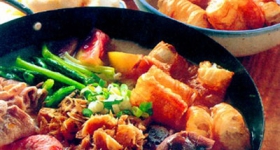 A Big Family-Style Thank You to Our Donors!