After getting discharged 13 years ago by the Army, what would it be like to get a letter ordering you to serve in Iraq?

After getting discharged 13 years ago by the Army, what would it be like to get a letter ordering you to serve in Iraq? In September 2004, Gulf War veteran David Miyasato—now married with a child—found out. This is his story.

On October 30, 1987, I enlisted in the U.S. Army. It was an adventurous thing to do and it wouldn’t cost me a thing. So I signed up for an eight-year contract; three years active, five inactive. I had no expectations about the military other than I had something to do and a place to go after I graduated. When August 15, 1988 arrived, I was off to boot camp in Ft. Leonardwood, MO, and then on to Petroleum School in Ft. Lee, VA. My great adventure was
just beginning.

Around November 1990, I had been in the Army for two years and was looking forward to my Christmas trip home when orders arrived sending our entire HHT (Headquarters and Headquarters Troops) 3rd Armor 4th-Squadron 7th Calvary to Saudi Arabia to provide support in Operation Desert Shield. I spent the holiday hanging around in Dhahran, Saudi Arabia, waiting for our equipment to arrive.

My job as a petroleum supply specialist meant that I drove a 10 ton HEMETT (Heavy Expanded Mobility Tactical Truck) that carried 2,500 gallons of fuel for the fighting Bradleys, our tanks.

We would drive our trucks hundreds of miles into the desert in staggered formation and when in battle, we would park five miles behind the frontlines while the tanks were engaged in combat. Sometimes we would spend our nights in the desert, sleeping in our trucks. We could see the tanks’ gunfire in the distance and the ground would rumble and shake when 500 pound bombs were dropped by the B-52’s on the Iraqi bunkers. Eventually, you grew accustomed to these conditions.

The days were hot, over 100 degrees and dusty. We wouldbathe using “bucket baths,” dousing ourselves with water. Once aweek we could have cold showers. I had not had a hot shower in five months. The desert nights were cold. I’d lie there thinking that I was like a dot in all that vastness of sand and sky. How ironic that something as hazardous as a loaded fuel truck was also my haven in the desert darkness.

I was honorably discharged August 15, 1991, but arrived home earlier on June 28, 1991. My mom was relieved to have me home. She spent every day praying during the war. The first thing I did was to go surfing. I missed the ocean. What a sight for desert-sore-eyes. It was indeed a sacrifice to be surrounded by sand without a body of water. I think I gave up a lot to serve my country. It was not difficult to return to civilian life. I guess I am quite adaptable. That was what I learned in military life: be flexible, be ready. So now the challenge I faced being home was planning what to do next.

The first three years home, I enrolled at my community college and majored in carpentry. The following years I moved to Honolulu for a while and returned home to Kauai again in 1997. By this time, my eight-year military obligation had expired. In 2001 I learned the window tinting trade. After tint school in Oregon I established my own business on Kauai. Around this time I met my wife, Estelle, while she was doing her graduate studies at San Jose State. We were married in 2001. Two years later our first child, Abigail, was born. We had struggled to have a baby for a year, so we were excited to finally become parents.

In July 2004, we attended a farewell gathering of our Army National Guardsmen preparing to leave for Iraq. It brought back memories of my service in the Gulf War. But as I gazed at my family, I was glad that my life as a soldier was behind me. However, on September 24, I received a letter ordering me back to duty. It said, “You are relieved from your present reserve component status and are ordered to report for a period of active duty.”

At first I was confused, but then it hit me that these were real orders. I was shocked and devastated. I am a civilian now. No longer an Individual Ready Reservist that owed the army time. Unless Congress declares a war, I am not obligated to go. The war in Iraq is by Presidential Executive Order. It does not require a veteran like me to serve.

Still, my first thought was not about returning to a war zone, but of abandoning my new family. I wept for 10 minutes over leaving them. I told my wife and then we both looked at our six-month-old daughter and cried. We still were hopeful, though. It had to be a mistake. I was done with my eight-year obligation as an enlisted serviceman nine years ago.

With barely a month to spare, I contacted anyone I could think of to verify my contract. The U.S. Army Human Resource Center suggested that I write an exemption letter saying “not contractually obligated” to serve. They sent me a delay and exemption form to sign, but I refused because of their possible jurisdiction over me. What I wanted was the truth as to why I was being ordered to serve. If it was legitimate and I had to leave then I could live with it; but if it was not, then I was not leaving. I talked to several different army personnel and received no answers. Simultaneously, I petitioned Congressman Ed Case and Senators Dan Akaka and Daniel Inouye for assistance. Akaka’s office said an inquiry would take 60 days and Case sent my exemption request to Washington, D.C.

My departure date was November 9. With a week left, I was not getting anywhere, so I hired attorney Eric Seitz. Going the legal route was the only avenue left. The three options were to report, go AWOL or file a lawsuit. On November 5, we filed a temporary restraining order and a preliminary injunction in federal court. My case may set a precedent of having to file a lawsuit to restrain the army from involuntary recall.

These orders were unfair because they failed to honor my contract. There are some similarities between this war and the Gulf War because there were “backdoor drafts” then, too which were also resolved through the courts. I hope other veterans and former servicemen today, who have served out their contracts and are involuntarily recalled, will now know what their options are. Sadly, what this backdoor draft does is disrupt the lives of families who did not expect to become military families.

After pressure from lawyers and widespread media coverage, the army released David from active duty on November 10, 2004. He continues to live on Kauai with his family and manages his window tinting business. There are still more than 8,000 others in a similar situation as David’s whose fates are unknown. 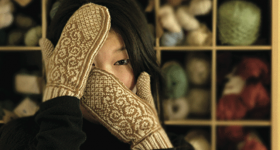