Stories of a post-9/11 America, as captured by a Sikh American.

When Valarie Kaur first heard about the hate crime shooting of Sikh American Balbir Singh Sodhi, just three days after the September 11 terrorist attacks, her first instinct was to escape. She retreated into her room at her parent’s house in Clovis, CA, and read the first three Harry Potter books.

“I just was so paralyzed by shock,” says Kaur, who was a 20-year-old Stanford University student back in 2001. “Here I am a student of international relations and my books were suddenly useless to me. Here I am, an American and my country is suddenly so afraid. I am a third generation Sikh woman and my community is disempowered.”

At the time, Kaur was just weeks away from embarking on a trip to Punjab, India to record oral histories of Sikh survivors of partition violence. Funded by a grant from Stanford, Kaur aimed to shed light on the undocumented bloodshed that the Sikh community faced in 1947. After the World Trade Center attacks, her plans were cancelled—the university said it was not safe for her to travel internationally and told her to return to school. As hate crime reports filled her email inbox but were barely mentioned on the news, Kaur realized that the same silencing of her community was happening as it had before. She knew she had to start documenting the stories.

Kaur wrote a new proposal to the university and then got in the car with her 18-year-old cousin, Sonny. Armed with a camera, they drove across the country for four months interviewing Sikhs, Muslims and Arab Americans who had been affected by the backlash. Along the way, while gathering 100 hours of footage, Kaur’s idea of objectivity changed.

“There was a point when the camera turned 180 degrees and the camera was on us. People began yelling at us, people began telling us to go back to our own country, giving us dirty looks. Suddenly there was no divide. We were a part of this as well.”

They ended the journey in Punjab, India, where Kaur’s very last interviewee was the widow of Balbir Singh Sodhi. In a way, the Sodhi family became the marker for post-9/11 backlash violence.

This year, four years after her initial trip, Kaur retraced her steps with a film crew to find out how the nation had changed.

With long, flowing hair and a sincere way of looking you in the eye while speaking, Kaur brings a sense of calm to the bustling Coffee Bean in Burbank, CA where I meet her and Sharat Raju, the director of the award-winning short "American Made." Kaur and Raju give off the frazzled energy of expectant parents. They are just days away from finishing a rough cut of the documentary Divided We Fall: Americans in the Aftermath, which brings together Kaur’s journeys around the voices of those most affected by 9/11.

Kaur met Raju—who was fresh from the prestigious American Film Institute—at Toronto’s Spinning Wheel Film Festival, a festival focused entirely on films about or by Sikhs. His short American Made, which tells the story of a Sikh family whose car breaks down in the middle of the desert, went on to win 17 awards, from the Tribeca Film Festival to the Toronto International.

In Toronto, Raju caught a glimpse of Kaur’s work. “They had an afternoon of unfinished projects, and they showed Valarie’s 30 minutes and it begins with the images of the World Trade Center on fire and this voice, that has a clear American accent, talking about being a doctor and going to Ground Zero and helping save the first survivors,” Raju says. “Then you see him and he is a Sikh man wearing a turban. I thought, this is the story of America, this is it right here.”

Kaur says their meeting at that time was extremely lucky. “His film is really like the fictional version of mine,” she says.

Raju was so moved by the stories from Kaur’s journey that he asked to see the raw footage. Once he saw the tapes, he realized that this was something big.

“My idea was, since it was four years later, there is some distance. There is actually intelligent analysis of what happened. And I also wanted to capture the feeling of Valarie on the road,” Raju said. “I wanted to film new stuff on film, make it look different. Video is really raw and the film is really polished. So my idea was to really give it a kind of contrast.”

Once they had funding and equipment in place—Raju scored a free Panavision
16 mm camera and free film from Kodak on the strength of his short—the crew spent six weeks on the road in the summer of 2004. They retraced Kaur’s steps, but this time also interviewed civil rights lawyers, legislators and community activists. Kaur really wanted voices from all angles, so they even interviewed James Oddo, the New York legislator who called for a bill in support of racial profiling.

“It was the hardest interview I had to do because I had spoken to so many people in the community who are sitting right in front of me in tears, who are talking about what profiling and prejudice have done to their lives,” Kaur says. “Then you speak to someone in power who is very well-intentioned, and thinks: ‘I need to protect my country, I saw my city brought to its knees,’ someone who is missing the kind of impact [a profiling law] has had on these people.”

Kaur and Raju say the interview with Oddo helped them understand the ultimate goal for the film. “We are going to have all of these stories put into context of different people talking about the causes [of the violence] and what we can do about it now,” Kaur says. “If people can watch this film and then turn to each other and talk about what it means to be an American, who counts as American, who do we see as American, what are we exchanging in the name of national security and does that violate what we love about being American. If people engage in those conversations after this film, then we have succeeded.”

Going from narrative film to documentary was difficult, Raju says, especially interviewing subjects, which proved to be an intense experience.

“You know, I’d look around and be like, ‘We are not supposed to be here with the camera in the room where people usually have dinner.’ We were keeping count of how many people Valarie made cry,” Raju says.

One interviewee who stood out was Daman, the nephew of Balbir Singh Sodhi. When Kaur had interviewed him in 2001, the boy was just 11 years old and had not cried.

“This time, I just asked him what he remembered of his uncle. I was thinking, this will be a happy interview moment, a good positive memory. He was talking about how they used to chase each other around the couch and he just begins to cry and suddenly I felt so bad,” she says. “When the camera was finally off, I said, ‘I’m so sorry, I feel so stupid. I keep coming into your life and asking you these questions. Just tell me to go away.’ And he said, ‘No, because if you didn’t ask me, how would anyone know how I felt?’ And it was a saving moment for me.”

Kaur says the events of 9/11 and her journey into this film have transformed her life. After graduating from Stanford, she is currently getting her masters at Harvard Divinty School and will attend Yale Law School after that.

“That initial journey has decided everything that I am right now, what I do, what I study, what I’m writing about, what I’m thinking about, really everything,” Kaur says. “The amazing thing is that I’ve heard these stories a thousand times and when I am watching them now, my eyes are glued to the screen and then I burst out in tears, and I find that I am very moved by this, and if I can be moved and I’ve seen this a hundred times, than that says a lot about the team creating something very new and very powerful. For so long, I was traveling around with these stories utterly alone, not knowing what to do with them. Now, to be able to share them is incredible.”

Neelanjana Banerjee is a contributing editor for Hyphen. She lives in San Francisco. 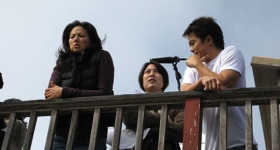 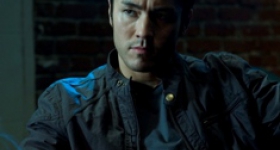 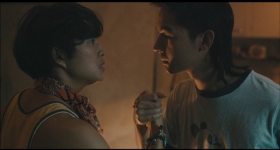