When mental health activist Shivani Nishar was in middle school, she began experiencing symptoms of depression and anxiety. Growing up in what she describes as the “white suburban fairytale” of Palo Alto, California, Nishar, whose parents immigrated to the United States from India, found it difficult to fit in.

“I didn’t have a lot of people who looked like me or had parents like me, and that contributed to me feeling like I didn’t belong,” said Nishar.

According to the U.S. Department of Health and Human Services’ Office of Minority Health, Asian Americans as a collective are three times less likely than others to use mental health services, and research shows that Asian American and Pacific Islander (AAPI) youth are more than twice as likely to have unmet mental health needs compared to white children. The impact of this can be dire, as suicide is the leading cause of death for Asian American teenagers.

One of the major challenges in addressing AAPI mental health issues is that most American research data on this subject is not disaggregated, or sorted by cultural background. Asian Americans represent a broad swath of cultural identities with different histories of immigration and socioeconomic backgrounds, but most data treat the AAPI community as a monolith, failing to distinguish between the myriad languages, cultures, and economic backgrounds that make it up.  Even so, research still shows that race plays a major role in how Asian Americans navigate mental health disorders.

Trauma—often from adverse childhood experiences (ACEs)—has long been strongly correlated with the presence of mental health disorders. While the impact of ACEs among Asian Americans as an entity is uncertain, research has shown that intergenerational trauma has adversely affected the mental health of certain communities, especially the descendants of Southeast Asian refugees.  Unaddressed post-traumatic stress disorder (PTSD) from a history of war, conflict, and displacement contributes to disproportionately higher numbers of mental health disorders among Southeast Asian refugees and their children.

The model minority myth—where Asian Americans are stereotypically characterized as a naturally high-achieving group—can put extra pressure on Asian American students. Teachers are often the ones who recognize signs of emotional distress in their students and refer them for counseling. But teachers implicitly biased by the model minority myth may fail to recognize signs of mental health struggles in their Asian students.

Dorothy Jiang, a crisis counselor coach and mental health activist, believes that the myth can cause significant stress for AAPI students.

Jiang also believes that the challenges of navigating different cultural identities puts Asian American students at a higher risk of mental health disorders. In addition, because Asian Americans are often seen as privileged compared to other students of color—but lack white privilege—Asian students traverse a precarious zone in between, not necessarily fitting in with white or other BIPOC communities.

Xinzhi Zhang, director of the Healthy Mind Initiative at the National Institute of Health, believes that race-based bullying can also be fuel for the challenges Asian American students go through, especially because teachers are not often trained on how to address racial harassment. According to research from the U.S. Department of Education, more Asian American students have been bullied because of their race than any other racial group, with 11.1 percent of Asian students reporting facing hate speech at school.  Despite that, says Zhang, many teachers don’t seem to know how to react to the abuse.

“My boy noticed his friend got bullied and reported it to the teacher and nothing was done,” Zhang said.

Zhang also believes that a lack of awareness of mental health issues and services may prevent AAPI students from receiving help. Some Asian parents might not understand why their children are struggling or may paint their children’s difficulties as trite.

“We have heard stories of parents laughing at their kids, saying ‘we’ve experienced so many worse things,’” Zhang said. “Stigma is really significant for the Asian American community.”

Jasmine Li is a high school student who currently volunteers with Colie’s Closet, a community organization that works to educate students about mental health. In seventh grade, Li injured her shoulder and could no longer participate in competitive swimming. Her inability to participate in swimming led her to become depressed, and Li didn’t feel like she could talk to her parents.

“It’s hard for a lot of Asian Americans to even talk about it because it’s something that can be seen as shameful,” Li said. “When I had a year-long injury, I fell into that same stigma and didn’t want to talk to my family.”

Even if they overcome internalized stigma, AAPI youth still may face barriers to treatment due to racism and lack of cultural competency. In 2017, 13 percent of Asian Americans reported being racially discriminated against when seeing a medical provider.

Thinking About the Future

Increasing the number of Asian American mental health practitioners and changing cultural stigmas is unlikely to happen quickly, and there are no easy answers to the problem. Culturally competent school environments, peer affinity groups, and free youth mental health centers might be good short-term solutions.

But long-term, systemic solutions require a deeper engagement with some of the root causes of mental health disparities, such as making mental health treatment more accessible, fighting stigma in AAPI communities, and giving AAPI youth a stronger sense of belonging.

As a volunteer for Colie’s Closet, Li regularly gives presentations to classes where she talks about her own challenges with mental health and educates students on how they can get help and fight stigma. Her work is just one example of what organizations and individual activists are fighting for every day—a world where all people are able to get the mental health services they need. In her award-winning piece for NIH’s Healthy Mind Initiative essay contest, Li explained the importance of diverse communities coming together to push for change. 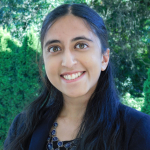 Sravya Tadepalli is an Oregon-based writer whose work includes an investigation of suicide prevention education and essays about the intersection of race and language. Her writing has been featured in Arlington Magazine, Teaching Tolerance, the Portland Tribune, the Salem Statesman-Journal, Oregon Humanities and the textbook America Now. Her full-length play, Swapna, premiered at EnActe Arts in September 2020. Sravya is also a 2018 Harry S. Truman Scholar. 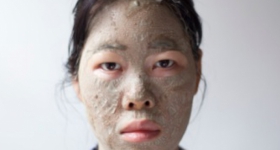 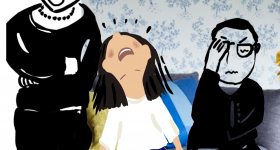 How To Talk About Therapy With Chinese Immigrant Parents