Talent.
Representing an East Bay community development organization, Tingwei Lin got the show off on the right foot with his humorous Napoleon Dynamite dance routine. Jeff Sichaleune put the "rare back in librarian" (because he is the "shhh!") with some creative story-time reading that charmed the crowd with his wit and originality. Jason Woo skipped winning hearts and minds and went straight to where he knows it counts: whetting appetites with an apple pie-making demonstration. (Is there anything sweeter than a man who can cook... except, perhaps, one also willing to work the stage for a good cause?) 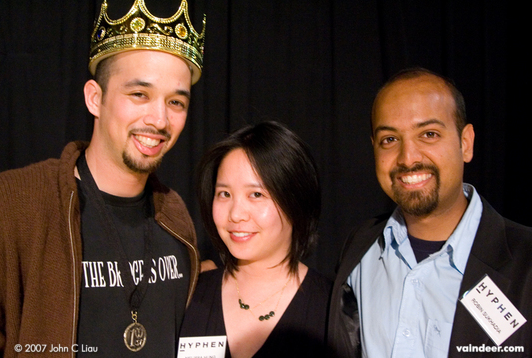 Fashion.
The men of the Mr. Hyphen competition had no trouble hamming it up for the crowd during the Casual Wear segment. Anthem Salgado strutted down the catwalk evincing the poise n' swagger of a professional model. (Although it was hard to catch a view around his large and spirited fan-base, brandishing signs with unabated enthusiasm.) Billy Yeh ambled up to front and center stage, tossed back the edges of his jacket from the hips, to whoops and hollers. Armed with a huge contingent of fans from his dragon boat racing team, Jason mimed a cell phone with his thumb and pinkie, and silently whispered to the audience "Call me," ending with a nod that threw ladies in the audience into rollicking yelps. Luke spun around in a hyphy hoodie, licked his fingers and slicked back his eyebrows, inflaming the already lit audience into a regular riot.

Sleepwear.
The sleepwear segment brought the best out in the crowd (and arguably the contestants) as blazers gave way to boxers on stage. "Ladies--get ready to throw up your underwear with your numbers and MySpace URLs!" warned Ali.
Anthem whipped about the stage while twisting his traditional Filipino malong into a number of outfits, displaying some serious coordination. Sporting a Japanese kimono, Luke surprised emcee Ali with a bit of flashing. Jeff strut his stuff in a Playboy smoking jacket.
One of the most memorable highlights of the evening has to be when Jason took stage in his fire fighter gear, turning an audience (well lubricated after filling-up during the last bar call at intermission) into a maelstrom with a strip tease worthy of a bachelorette party fantasy. 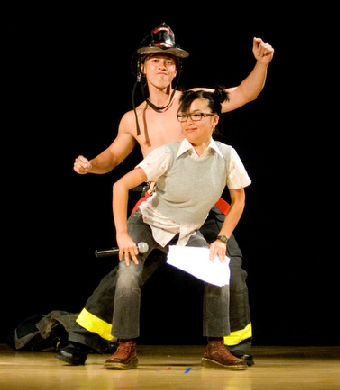 Q&A. In the Q&A, Jason roused cheers by saying, "We define ourselves in this moment in time. Each one of us has the ability to define what it means to be Asian American." Asked what stereotype he dislikes most, Jeff pointed to the perpetual foreigner stereotype. Growing up with a Laotian heritage in the Midwest, Jeff said he dreaded being offered misguided compliments like "You're really good at kung fu, right? or "Your English is really good". (He says would reply to the latter with a wry, "So is yours").

Coronation.
The judges awarded Jeff Sichaleune First Runner-up and Jason Woo Second Runner-up. And Luke Patterson took away the crown, winning the judges over with his a combination of eloquence and playful gallantry. As a final surprise, Yul Kwon winner of last season's Survivor, showed up for the coronation... transferring the crown and the blingy belt from Mr. Hyphen 2006, Robin Sukhadia, to Luke.

If you can't get enough Mr. Hyphen, check out Mocha Monkey and Vaindeer for more pictures of the event and after-party. Otherwise, you'll just have to wait for the next issue... or Mr. Hyphen 2008. See you next year! 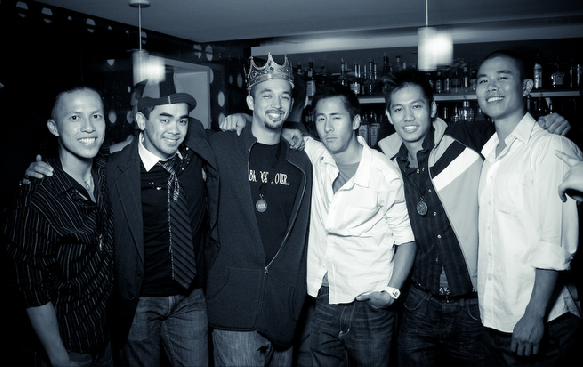 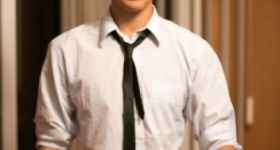 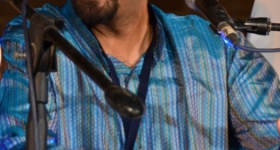 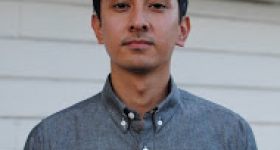