Check out this podcast by Arun Rath at Studio360 looking at why "Harold & Kumar" is so popular and why two Asian American potheads make such great underground heroes.

OK, I admit this trailer for "The Lana Show"--coming soon--already has me hooked. It's the irresistible music! And finely-tuned shots that look just a bit unhinged! 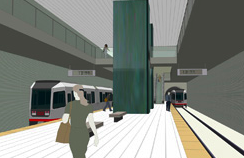 Tired of staring at commercial billboards while you're waiting for Muni? I am. So, it's time to take those doodles off your notebook and put them on the wall, through the Central Subway Public Art Program run by the SF Arts Commission. The Central Subway Program is looking for local artists to shape the aesthetic of a new underground, light-rail system that will serve a vibrant stretch of neighborhoods spanning Chinatown and SOMA, downtown. 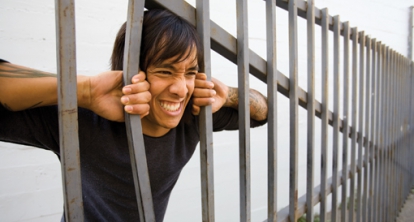 WHO BETTER to be our Hybrid issue cover centaur-the mythical half-man, half horse-than writer, filmmaker, musician, professor and all-around thought-provoker Kip Fulbeck. Along with his Cantonese, English, Irish and Welsh background, Fulbeck represents what we were aiming for with our Hybrid issue: A multidisciplinary approach to life. While working on "The Hapa Project," Fulbeck traveled across America and took headshots of some 1,200 people-116 of which ended up in Part Asian, 100% Hapa (Chronicle Books).

The Asian American Arts Alliance celebrated its 25th anniversary with a star-studded gala, GALAXXY. Since 9/11 the AAAA has reached out to community organizations to help in rebuilding Chinatown. Karma paid them back, with plenty of big names coming out to the AAAA gala to support their efforts on behalf of artists. Hyphen's Rikki Massand reports from the Tribeca Rooftop on Tuesday, October 16th, while enjoying sushi and an open bar. 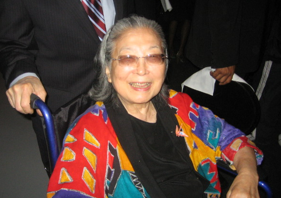 Willa Kim was also honored by the AAAA. One of the foremost costume designers in ballet, theatre, opera and TV, Kim has been honored many times since 1964 including Emmy, Tony and Obie Awards. 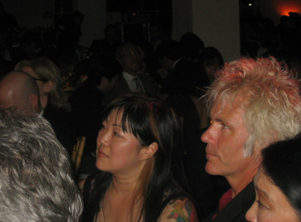 Margaret Cho watches the presentation from the front table with Knox Chandler. 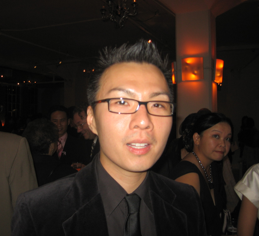 Eric Wong was honored alongside Kal Penn and Willa Kim at the Asian American Arts Alliance's “GALAXXY” gala on the TriBeCa Rooftop last month. Wong is the Chief Marketing Officer of Bad Boy Entertainment and Senior Vice President of Marketing for Atlantic Records. Hyphen's Rikki Massand shared a few words with the man of the hour.

A Check-up With B.D. Wong 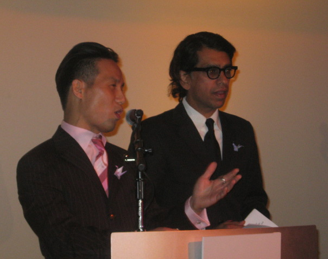 Gala co-chairs B.D. Wong and Nusrat Durrani take the podium at the beginning of the presentation.

San Francisco’s own favorite son B.D. Wong, the accomplished Broadway and Hollywood actor who currently stars in Law & Order: Special Victims Unit, said he is encouraged to see the progress made by Asian Americans in the arts. Hyphen's Rikki Massand chatted with Wong at the Asian American Arts Alliance Gala this October. 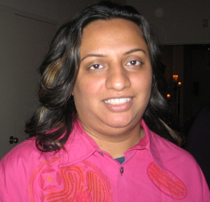 DJ Rekha performed for the audience at the Asian American Arts Alliance's 25th Anniversary Gala on October 16. Hyphen's Rikki Massand caught up with DJ Rekha just a week before the launch of her first album, "Rekha Presents Basement Bhangra," in stores now. 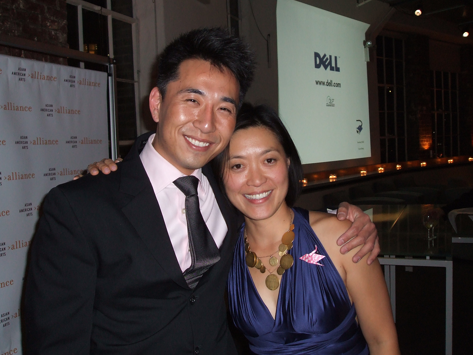 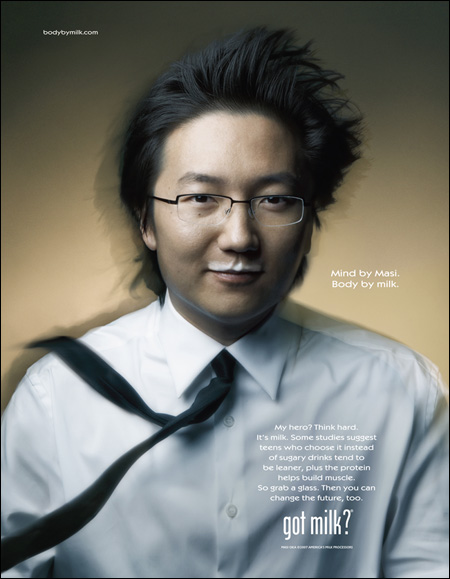 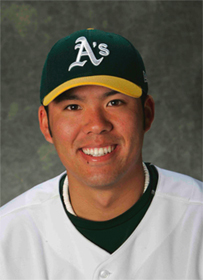 Hyphen correspondent Jesse Zitrin had a chance to catch up with the A’s Hawai’ian-born rookie catcher, Kurt Suzuki, on the field before a game against the Chicago White Sox. Suzuki’s 2-run home run the previous day, with Oakland Mayor Ron Dellums in attendance, had been the difference in the A’s victory. Hours later, Suzuki would finish the evening with a tenth-inning, three-run home run to win another game for the A’s.

A month earlier, iron man catcher Jason Kendall was traded to the Chicago Cubs, paving the way for Kurt to become the A’s new starting catcher. Kurt first spoke with Hyphen’s Julia Chang as a member of the Stockton Ports, for Hyphen’s Body issue (no. 7) in 2005.

First off, congratulations. Yesterday’s game was a lot of fun!
KS: Yeah, it was an awesome game – very exciting. Any time you can win the first two games of a series it’s nice. It’s just [about] winning games right now, just win as many as you can, and see where that puts us at the end of the year.

Do you always like to hit your home runs in front of the mayor?
[Laughs.] That was nice, any time you can do that – especially in a big situation. The team gets the win, and you get a good feeling.

Tell me about Sid Fernandez (a Hawaiian pitcher who spent 15 years in the Major Leagues.) Do people still talk about him back on the islands?
I really don’t know any information on that. I mean, I know he’s a great pitcher, but I didn’t really know him at all.

Is Korean the New Black?

Elizabeth Cho at PopMatters thinks so. She describes "Hallyu", a wave of cultural cache for Korean culture sweeping first Asia and now the US. 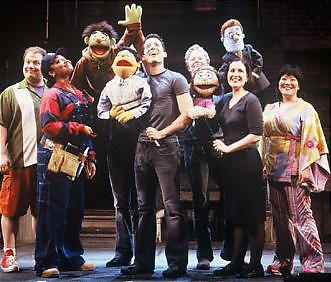 One of the best pieces of the show is "Everyone's a Little Bit Racist"-- a riotous song that hooks the audience with lines like, "Ethnic jokes might be uncouth, but you laugh because they're based on truth." There's no doubting it's a hilarious song and it tore the audience apart. But, of course, "Avenue Q" also uses the song to establish an environment where racial and other off-color jokes can be made.

Christmas Eve, the Oriental Asian American character, joins in too, when her fiance, Brian accuses her of being racist: "Yes, I know. The Jews have all the money. And the whites have all the power. And I'm always in taxi-cab with driver who no shower!"

Professor Nolan Zane and graduate student Manveen Dhindsa concluded that marital violence was more likely to occur when the family lacked closeness or if at least one spouse suffered from high anxiety-- resulting from either an anxiety disorder or stress related to American acculturation, reported a UC Davis press release.

As a bit of a cosmonaut (astronomy dilettante) and tree-hugger, I was interested to discover that the senior NASA scientist responsible for substantially contributing to substantiating the Climate Change hypothesis is a Filipino American, Dr. Josefino C. Comiso. Cosmiso and his team's findings were critical in helping to over-turn one of the primary arguments against to the Climate Change theory.

In Stockton, California, a community group is fighting to restore and preserve Little Manila, one of the oldest Filipino immigrant communities in the US.

The Little Manila Foundation aims to raise $2 million to purchase several buildings that constitute historic Little Manila. The first on their list is the Mariposa Hotel, a former "residence hotel that also served as a headquarters to labor unions and other organizations when Stockton was home to the largest population of Filipinos outside of the Philippines," describes the Recordnet. They hope to convert Mariposa into a community space and museum, then preserve the only two other remaining buildings of historic Little Manila-- the Rizal Social Club and the Emerald restaurant.

Taking 'em out to the Cleaners, to Court

In D.C., a judge is suing an elderly Korean American couple for $67 million in damages for allegedly losing his pants...

The administrative law judge, Roy L. Pearson, Jr., claims the family-run Custom Cleaners, owned by an immigrant couple that doesn't speak English and works a 70-hour week, breached the District's consumer protection laws by displaying a "Satisfaction Guaranteed" sign in their window while misplacing his pants.

While pundits are having a heyday lampooning the lawsuit, the New York Times reports, the trial is being held-up by activists as a case book example of the abuse of lawsuits and the legal system in the U.S..

Featured in our music issue last year were the Native Guns, consisting of radical Pinoy emcees Kiwi and Bambu and Chinese American DJ, Phatrick. The group has since parted ways to pursue solo careers.

Bambu’s second solo album, I Scream Bars for the Children, which we review in our upcoming issue, was released at the end of April. The video for its lead single, “Pull it Back,” directed by Erica Eng, just dropped…

With contestants baring all to raise money for a good cause--from revealing the passion behind their leadership in the Asian American community to stripping off their shirts in the sleepwear round -- it's fair to say that this year's Mr. Hyphen 2007 competition lived up to the success of last year's inaugural pageant (and then some). Riding on her own coat tails, once again the righteously funny Ms. Ali Wong emceed the event, held Saturday night at the Oakland Asian Cultural Center.

In the end, Luke Patterson won the crown and $500 for his non-profit of choice: Great Leap, an LA-based multicultural arts organization. It was a great show. And along the way, with the bravado on stage and the fanfare in the audience, it was hard to tell who had more fun — the handsome and talented contestants or their admiring public. Here are some memorable moments from the evening. Share yours in the comments:

A LiveScience article reports on an interesting, new study finding that interracial couples invest more resources on their children. The study posits that the trend can be explained as compensation to balance social prejudices.

So-called biracial (aka interracial or multiracial) parents are more likely than their "monoracial" counterparts to provide their children with a home computer, private schooling and educational books and CDs and to make sure they participate in reading activities, dance, music or art lessons outside of school and get trips to the zoo, library and other cultural venues.

This year marks the fortieth anniversary of the Virginia v. Loving Supreme Court decision, striking down a state law prohibiting interracial marriage between whites and individuals of other races. Since 1967, the number of multiracial couples in the United States has more than tripled, as Asia Nation highlights, particularly among Asian Americans.

The study notes that the findings on an advantage for children of multiracial parents only holds when comparing the biracial couple with respective monoracial couples.

The Personals of Racism 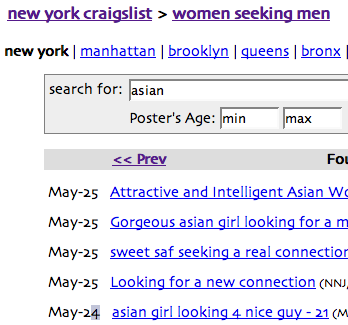 The posts offer an array of stereotypes---the Asian, the Black, the Latino and the White---including the expected fetishism and outright racism, but also more subtle clues of association. The things people will admit to when they think no one knows who they are.

Why so much racial discrimination when seeking a mate on the urbanite's favorite site for free furniture and new apartments? Posters seem to use the ethnic and racial sterotypes as prepackaged descriptions of what they seek, instead of answering the probing questions a personals ad requires: Who am I?, What am I looking for in a date?. It's far easier to default to tag-lines and pre-packaged images of 'the kind of person' one wants, riddled with racist cues though they may be: a traditional Asian girl, a spicy Latino man, a bossy Black woman, just a normal white guy.