Today is her 87th birthday. It's also Malcolm X's birthday (he would have turned 83 today). And also Ho Chi Minh's.

There's a lot more I could have included in the article, that I wanted to. There's just so much that she's done. For example, she told me that she writes to at least 200 political prisoners, many of them former Black Panthers. But she also writes to disabled prisoners too.

She also has these quirks. She has this guestbook (a spiral notebook) that she has everyone sign when they visit her in her tiny apartment in an Oakland senior housing complex. So she had me and the photographer sign in before we left. She also wanted our address.

Oh yeah, and interviewing her was interesting because she kept wanting to interview me about my life! She's very interested in people and keeping up relationships and friendships. She knows thousands of people.

She also has some common threads throughout her life, even though we know she became a lot more radical after meeting Malcolm.

She's always done a lot of writing (she majored in journalism at Compton City College).

She wrote to Nisei soldiers during WWII. The lore is that after she met and was smitten by Bill, who later became her husband, she wrote to him several times a day. He was so embarrassed that he got mail and that the other soldiers didn't, that he asked if she could write to the others too.

She was teaching Sunday school at the time so asked her Sunday school girls to write to the other soldiers, so they started this whole pen pal writing campaign.

It makes total sense that she would continue this writing thing. She's been writing to political prisoners for decades. Her family (her husband was also a writer) also put out a family newsletter. In later years after they became more political, they put out a radical newspaper called the North Star.

She also became an activist in her 40s, after she'd already had 6 kids. She did not become politicized during college, like many people. That in itself is inspiring.

There's a lot to be said about her, and a lot has already been written about her. There's her own memoir, Passing It On, which is a fast read. I couldn't put it down.

There are also some films about her, such as Passion for Justice, by Rea Tajiri and Pat Saunders. And a good interview on Democracy Now from earlier this year. And there's also the excellent article from the East Bay Express, written by Melissa Hung, one of our founding editors.

Also, I just googled her name under news to see what else is out there, and in two recent articles Yuri Kochiyama is mentioned as someone's role model. Not surprising. She seems to be able to work with folks who are her grandchildren's age with ease. I mean, can you imagine organizing with your grandmother? That's pretty awesome. 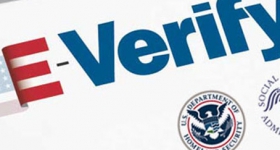 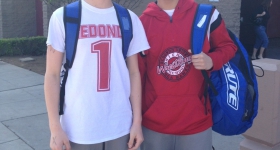 Nina wrote on Tue, 05/20/2008 - 8:41am
Thank you for the excellent article Momo. Yes, Yuri remembers everyone and everything with a passion... she is such a great example of maintaining relationships and coalitions throughout the rough-and-tumble of political work. She maintains them out of love and respect.She also loves teddy bears.There is also a Japanese-language biography of her called "Yuri" for all the Japanese readers out there (search amazon.co.jp).
RELAX wrote on Tue, 05/20/2008 - 9:35pm
She was a true soldier
Melissa wrote on Wed, 05/21/2008 - 2:25pm
I interviewed Yuri a few years ago and she also made me sign her spiral guestbook. She may be 3 times my age, but she had way more energy than I did.
carolyn torres wrote on Sun, 05/25/2008 - 9:58am
I've known yuri over 25 years and she's always been a very sweet person when I was in san francisco I did get to see her again since from moving from ny. welove her and send her many good wishes carol and francisco torres.
Kendra wrote on Tue, 05/27/2008 - 2:04am
I'm curious about this awesome lady. I'd love to meet her since I'm not too far from Oakland, CA. Do you have atoschedule an appointment in order to meet her in the senior housing complex?
P-Matik wrote on Tue, 05/27/2008 - 7:48am
Myself and some of my friends had a radio show on WNSU (Norfolk State University) and we interviewed Yuri back in 2000. At her age then she was nice enough to get up at 6AM her time to speak to us.Honestly, I had never heard of her before but after the show was done, I was intrigued, to say the least. Very, very impressive woman.