Recently completing a Master in Fine Arts in World Music at the
California Institute of the Arts, Robin Sukhadia has been studying tabla under
Pandit Swapan Chaudhuri at CalArts and the Ali Akbar College of Music
in San Rafael, California for the past six years. For the past 5 years,
Robin has traveled internationally on behalf of Project Ahimsa, an
organization committed to empowering impoverished youth through music
education. He has taught workshops and lectured at UCLA, Pomona
College, the University of San Francisco, and at Eagle Rock
Professional Development Center in Estes Park, Colorado. In April 2008,
he successfully completed a tabla-centric Artist Residency at the
Machine Project, Los Angeles. His writings on music education and
creative process have appeared in Hyphen Magazine, the Subcontinental,
India Currents, and Saathee Magazine.

Jason Parmar is beginning his seventh year of Tabla study with Tabla virtuoso
Swapan Chaudhuri at the Ali Akbar College of Music. He has previously
studied tabla accompaniment with Sitar master Hasu Patel, Bansuri flute
Maestro, G.S. Sachdev and with two esteemed tabla instructors in New
Delhi, India. Jason recently had the privilege of accompanying Maestro
Ali Akbar Khan for his advanced vocal class. He has also performed
throughout the SF bay area with numerous esteemed artists such Tina
Malia, Bhagavan Das, Geoffrey Gordon, Jaya Lakshmi, Lakshmi Devi and
Suzanne Sterling. He also performs Hindustani Classical and Near
Eastern music regularly throughout the bay area with Bansuri flautist
Eliyahu Sills. Jason's percussion skills are not limited to tabla. His
versatility on world drums extends to include drum kit, djembe, udu and
frame drums. He holds a Masters degree from the California Institute of
Integral Studies.

Founder of the critically acclaimed SF based Improvisational Ensemble
The Supplicants, Sameer Gupta is an original musical voice in jazz,
world, and fusion music. He has studied percussion for most of his
life, beginning in Tokyo, Japan 1985, and since then has performed on
drumset at Jazz at Lincoln Center, tabla at Asagiri Jam in Japan and
various Jazz and World music festivals across the nation and abroad
playing both tabla and drumset simultaneously. Sameer began his studies
of North Indian Classical Tabla in 2002, and has the honor of studying
with tabla maestro Pandit Anindo Chatterjee. Sameer has the honor of
being associated with many great artists including Marc Cary, Prasant
Radhkrishnan, David Ewell, Pt. Chitresh Das, Parijat Desai, Stephen
Kent, Jazz at Lincoln Center, Sekou Sundiata and numerous other fine
artists. 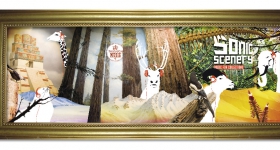