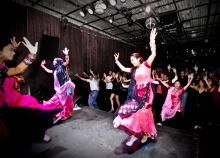 Mr. Hyphen 2006 Robin Sukhadia caught up with NSB co-founders
Vicki Virk and DJ Jimmy Love as they prepare for this week’s massive
relaunch of Non Stop Bhangra at Public Works in San Francisco.

D'Lo talks about 'Minor D'Tales' at the Brava Theater SF 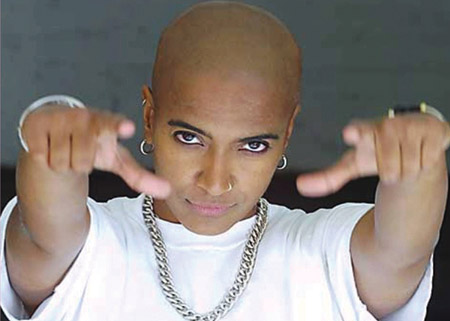 For those of you who were at Mr. Hyphen on Saturday night, you know exactly what I am talking about when I say that D'Lo rocked it as emcee! D'Lo brought out the best in the contestants, the judges, and the audience.

Don't miss the solo performance this coming weekend at the Brava Theater in San Francisco.

The show, Minor D'Tales, runs this Thursday, November 19 through Saturday at Brava Theater in San Francisco. Written and performed by D'Lo, and directed by Adelina Anthony, the show is a series of excerpts from larger works-in-progress which include story-telling and character monologues.

In the midst of a hectic rehearsal schedule at Brava, I got to talk with D'Lo about the creative process behind the show. Check out the interview: 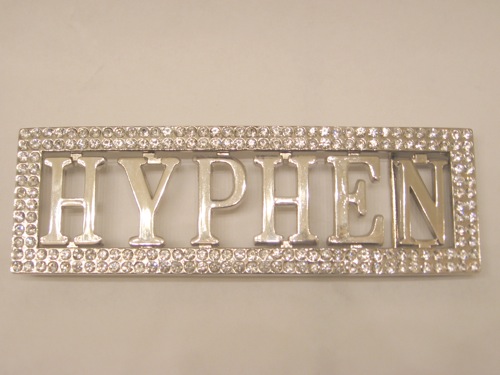 It is that time of year again... time to select the Most Visionary Asian American Male Activist Alive and crown him Mr. Hyphen 2009! 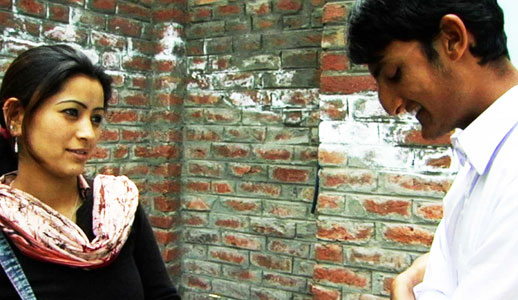 What does a year of immersive observation result in? For filmmaker Tariq Tapa, it resulted in Zero Bridge, a film about the everyday struggles of life in Srinagar, Kashmir. Tapa focuses closely on the core emotional and human elements of the two primary characters in the film, Dilawar and Bani.

This focus enables him to deftly avoid the obvious quagmire of judgments regarding politics, culture, and religion in Kashmir. The result is something that feels very true and very real. Zero Bridge never seems fictional, and that is the triumph of the film.

In person, Tapa is fascinating to talk to. He is dedicated to storytelling, and took just a brief break from his intensive writing practice to talk with Hyphen about the film and his creative process.

Maestro Ali Akbar Khan, considered by many to be among the greatest musicians of our times, passed away in San Rafael, CA on June 18, 2009. He was in many ways a true embodiment of Asian America and was one of India's most important musical ambassadors to the west. His father, the mystical music genius Baba Allaudin Khan, trained Ali Akbar Khan rigorously and instructed him to take classical north Indian music to the West. Khansahib carried with him the open spirit of his father, who made it possible for any one, regardless of background, to learn classical north Indian music from a master. He established the Ali Akbar College of Music in San Rafael, CA in 1967, and went on to teach thousands of students.

You can watch a brief video of Ali Akbar Khan demonstrating the sarode here.

The following obituary was written by Teed Rockwell: 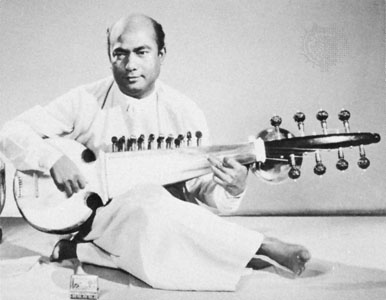 Swara Samrat Maestro Ali Akbar Khan passed away peacefully, surrounded by his family on June 18, 2009.  Khansahib (as he was affectionately and respectfully addressed) had been a dialysis patient since 2004, and had been enduring numerous health issues ever since. He continued teaching publicly at the Ali Akbar College until just weeks ago, and taught music at home until the day he died.

The obituaries throughout India and the rest of the world have rightly stressed that Khansahib was a musical genius of the stature of Beethoven and Mozart. However, those of us in the Bay Area are especially grateful for another of his great accomplishments. This was not something he directly created, but rather something that he inspired in others. Students of Indian music came to the Bay area solely because he was here, from Japan, South America, Europe, even India itself. Other great Indian teachers followed, and the result was a community devoted to classical Indian culture that deeply influenced the lives of hundreds of thousands of people. The early issues of India Currents were devoted almost entirely to calendar listings of concerts by these students and teachers, and Khansahib remained the central inspiration of that community for decades. He was admired and loved, and will be greatly missed.

Khansahib was famous for his performances at the world greatest concert halls, and for his many recordings. Eight months of every year, however, he gave himself entirely to his students. We were constantly inspired by Khansahib¹s example of artistic dedication and compassionate patience, and  anyone who tried to master the profound intricacies of his lessons was forever changed by that experience. These lessons contained centuries of tradition seamlessly interwoven with his own unique genius. No one learned how to play them as well as he did, but everyone learned how to listen, and shared their enthusiasm with friends, and friends of friends. The result was an audience for Hindustani music which was unmatched for both ethnic diversity and devotion to artistic excellence. It is both heartbreaking and inspiring to realize that this community can and must now go on without him.

The memorial service and burial was held at Mt. Tamalpais Cemetery Sunday, June 21st at noon. In lieu of flowers, the family requests that donations be made to Ali Akbar College of Music (AACM) for the Ali Akbar Khan Library. Online donations can be made at http://aacm.org

In lieu of flowers, the family requests that donations be made to AACM for the Ali Akbar Khan Library.

Aristotle Garcia charmed a packed house at the Oakland Community Center on Oct. 4 to be crowned Mr. Hyphen 2008. In the process, he won $1 ,000 for the charity he represents: the Filipino American Arts and Exposition, a grassroots, nonprofit organization that contributes to the artistic and cultural pride of the Filipino American community - and an indelible place in Asian American male history.

On Saturday October 4, 2008, Aristotle Garcia charmed a packed house at the Oakland Community Center to be crowned Mr. Hyphen 2008. In the process, he won $1,000 for the charity he represents: the Filipino American Arts and Exposition, a grassroots, nonprofit organization that contributes to the artistic and cultural pride of the Filipino American community. 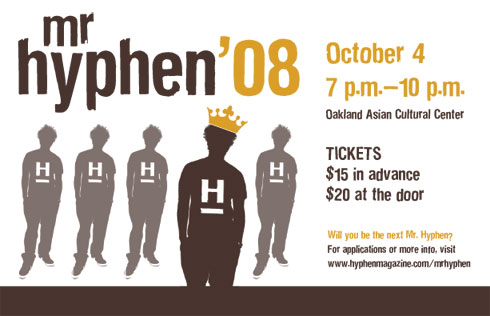 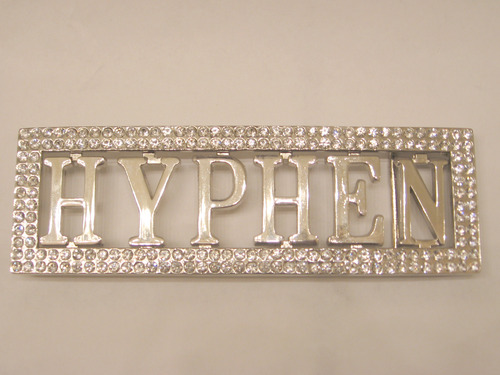 It is that time of year again... selecting the Most Visionary Asian American Male Activist Alive and crowning him Mr. Hyphen 2008. Click here for official contest rules. This is the third year of this illustrious contest, and I am writing to clarify that behind the campiness is a thought provoking, highly relevant, and substantive opportunity to highlight positive community activism by some of our most inspiring Asian American men.

Rupa and the April Fishes

For any South Asian Americans seeking to spend a full year in India leading challenging service projects, I highly recommend applying to Indicorps.

Sandeep Sood manages to recreate himself more intelligently than Madonna every couple of years. 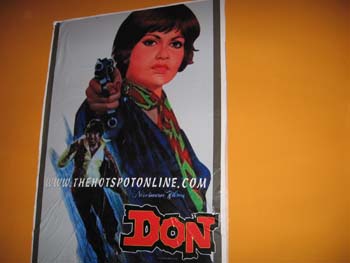 My first encounter with Bollyhood Cafe, a promising new Mission bar/lounge centered around the culture of Indian Cinema, was purely happenstance... 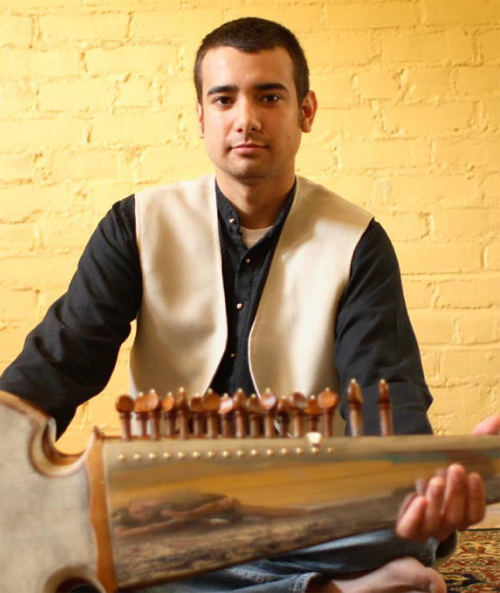 Karsh Kale - Beyond Lineage, Beyond Tabla 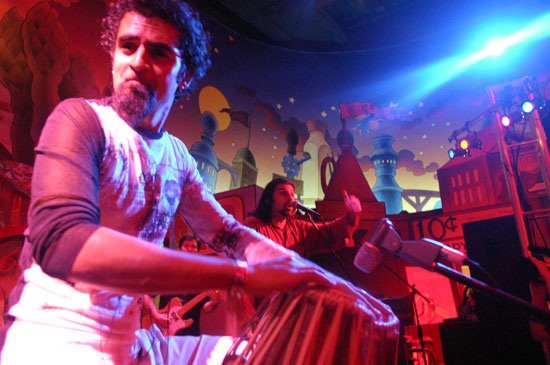 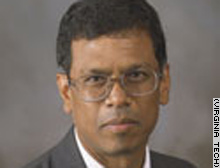 G.V. Loganathan cared for 'students as if they were his own children' 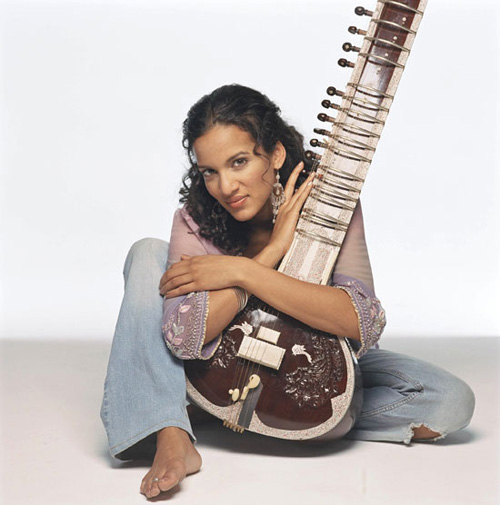 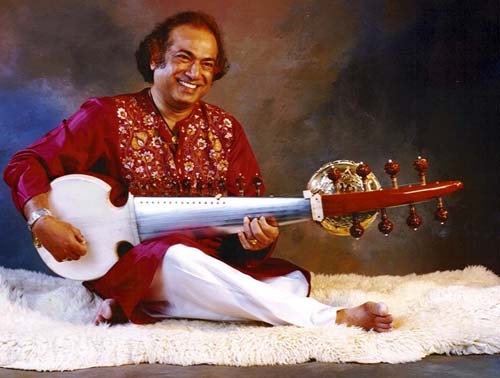 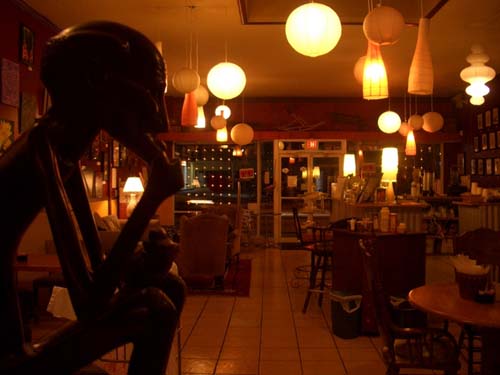 Last year, while I was at the Mahatma Gandhi Ashram in India on behalf of Project Ahimsa, I was introduced to an incredible concept of serving and giving that elevated the way I perceive food and my relationship to food. 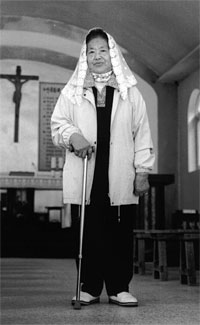 Koon-ja Kim, 81, was among an estimated 200,000 girls forced to serve Japanese soldiers as sexual slaves from 1937 to 1945. She spoke to a packed audience at CalArts today.

I have been meaning to write for some time, I can only say that Mr. Hyphen has been on a Hiatus of sorts...the holidays and a new semester at school, my last, have kept me from writing and sharing. Alas, I'm back! Since the last entry, much has been happening globally and locally, and so I thought to share a bit about what is currently on my mind. Most importantly, today...i just got home after seeing an incredibly inspiring and intense documentary called House of Sharing, directed and produced by CalArts MFA Film Student, Hein Seok. The film contextualizes the contemporary policy issues that surround the horrific sexual slavery of Korean comfort women during WW II by the Japanese military. The film features a number of talented MFA students at CalArts including Nathan Ruyle (Sound Design/Mixing).

The crucible of finals week in any academic environment is intense for all of us...it sure has been for me trying to crystallize a semester's worth of knowledge all in the heavy anticipation of wanting to get through to the glorious holidays. I used to feel that pressure differently being an undergraduate Biochemistry major. But now, being a graduate student at an Art school, it takes on a whole new creative dimension. Yep, I went from a science degree to a Fine Arts degree…imagine explaining that to all the Indian parents out there! 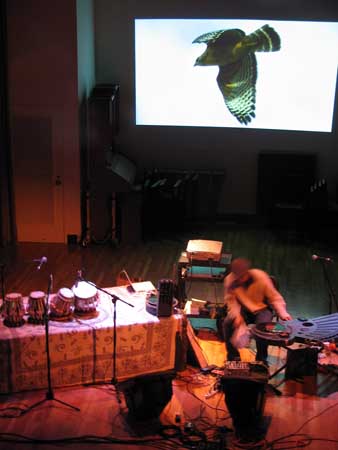 Preparing for a tabla concert alongside instrument inventor Kitundu at CalArts

Here at CalArts (The California Institute of Arts), where I have been for the past 1.5 years working towards an MFA in World Music,

So what and who exactly, you may ask, is Mr. Hyphen? 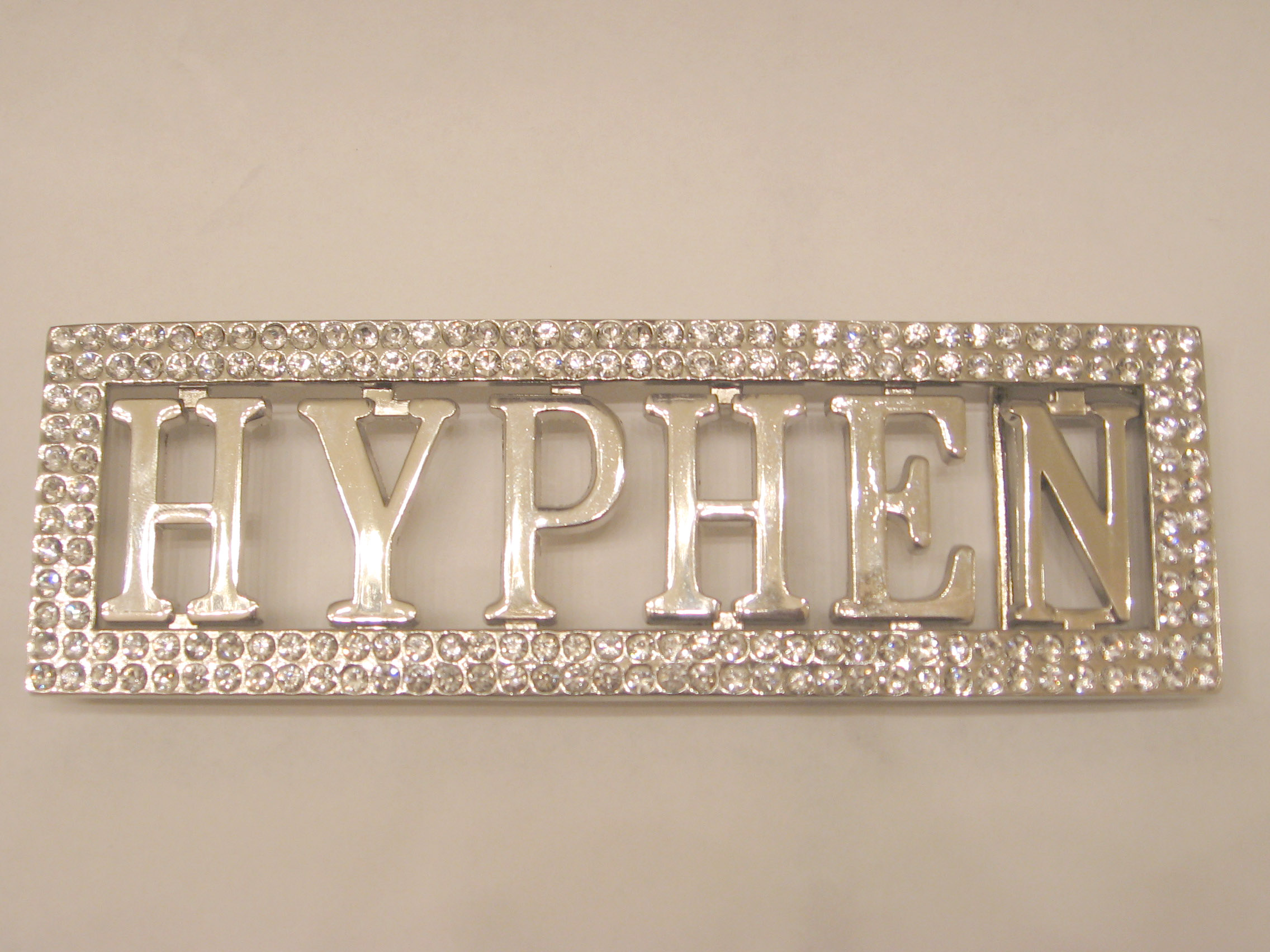 The Vibrations of Lineage

A new generation of South Asian American musicians struggle to define their own sound. 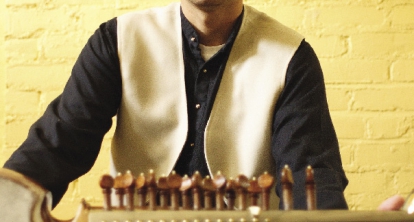