Baseball in Japan Not a Hit for Atlanta columnist

Bisher doesn't seem to like the fact that Daisuke Matsuzaka, "who didn't grow up in Wampole," was the starting pitcher for the Red Sox, and he makes several more xenophobic references throughout a column that does make some valid criticisms of the influence of big money on baseball.

My former colleague Kerwin Berk blows some holes in Bisher's logic in this column posted on the Asian American Journalists Association website. The AAJA also sent a letter to the Journal-Constitution's editors criticizing Furman's column.
Some great points made by Berk:
"Using Mr. Bisher's logic, Atlanta should never have been awarded the 1996 Olympic Games because of Georgia's history of slavery and segregation."
"I can only assume Mr. Bisher was outraged when Dirk Nowitzki, a German, won the NBA's MVP award for the 2006-2007. If my memory serves me correctly, we fought Germany in World War II. I'm sure Mr. Bisher didn't forget to mention Auschwitz when writing about Nowitzki."
It's hard to say if Bisher is racist but I would say his column was written from the point of view of someone who has a narrow, antiquated view of what it means to be American.
Categories:
Sports
Contributor: 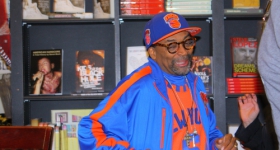 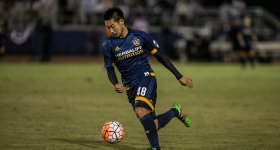 Socrates Abroad wrote on Fri, 04/04/2008 - 11:08pm
Berk's piece might have been persuasive if it hadn't done some verbal parsing equal to that of deciding what the definition of "is" is.Case in point:"Perhaps, Mr. Bisher's time might be better spent on questioning why the Atlanta Braves don't have a single African-American on their 40-man roster or writing about "traditions" at The Masters golf tournament."The problem with that great rhetoric is that Brandon Lamon Jones is African-American and on the 40-man roster, he's just not on the active roster. At least that's where I found him:http://atlanta.braves.mlb.com/team/roster_40man.jsp?c_id=atlhttp://atlanta.braves.mlb.com/team/player.jsp?player_id=447761Funny how that roster also contradicts Berk's implied claim of racism by the Braves. A third of so of the roster is Hispanic, with birthplaces ranging from all over Latin America, and a look at the player photos reveals a variety of hues.Bisher may have "a narrow, antiquated view of what it means to be American," but Berk's little better since, by subtly nuanced charges of Georgian (and specifically Braves) racism, he himself exhibits "a narrow, antiquated view of what it means to be a Southerner."
Socrates Abroad wrote on Sat, 04/05/2008 - 12:29am
Oh, and about those "traditions" the Masters are being excoriated for? Well, racism is tough to charge since Tiger Woods has won the Masters multiple times. No, the home of the Masters, the private Augusta National Golf Club, was raked over the coals for its all-male membership. But the issue wasn't so much the private club's membership as it was special interest groups trying to dictate the composition of that membership. The former chairman of the club explained it at the time (http://sports.espn.go.com/golf/story?id=1403695):"We have been contacted by Martha Burk, Chair of the National Council of Women's Organizations (NCWO), and strongly urged to change our membership. Dr. Burk said this change should take place before the Master's Tournament next spring in order to avoid it becoming 'an issue.' She suggested that NCWO's leadership 'discuss this matter' with us.We want the American public to be aware of this action right from the beginning. We have advised Dr. Burk that we do not intend to participate in such backroom discussions.We take our membership very seriously. It is the very fabric of our club. Our members are people who enjoy each other's company and the game of golf. Our membership alone decides our membership -- not any outside group with its own agenda.[snip]We will not be bullied, threatened or intimidated.Obviously, Dr. Burk and her colleagues view themselves as agents of change and feel any organization that has stood the test of time and has strong roots in tradition - and does not fit their profile -- needs to be changed.We do not intend to become a trophy in their display case."Kerwin Berk, however, implies that because of this there is something wrong with the club and, by extension, the Masters.Perhaps other fora intended for a specific group, like, say, Hyphen - "a magazine about Asian America" - can sympathize with the wish not to have outside groups attempt to dictate their content or be labeled as racist in the process.
giles wrote on Sun, 04/06/2008 - 9:41pm
i love how the white man's guide to arguing is to find one or two points in an argument that are slightly askew or maybe technically incorrect (there IS a black man on the braves! he's just not on the active roster! so there!) and harp - and i mean HARP! - on them but completely ignore the rest of the argument that they have no response for.this minor point you have made is incorrect! it invalidates everything else you say forever!