Dumbass Hyche does a prop bit where he's a fighter pilot in WW II and starts out
looking like this: 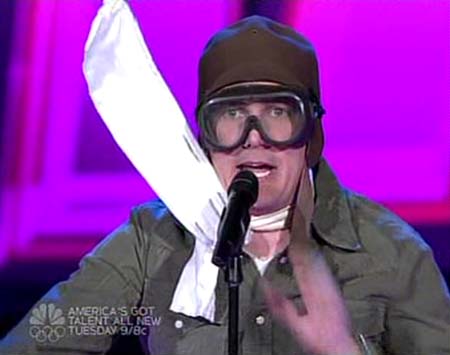 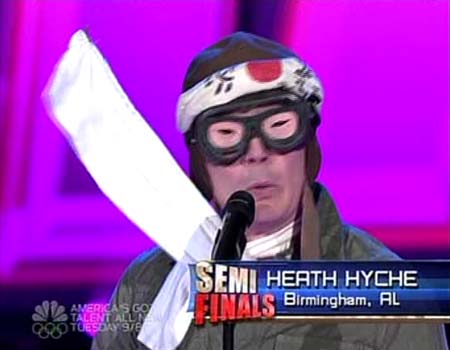 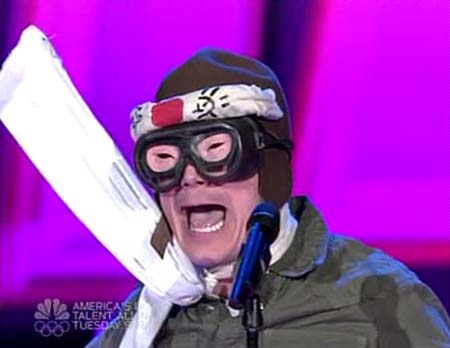 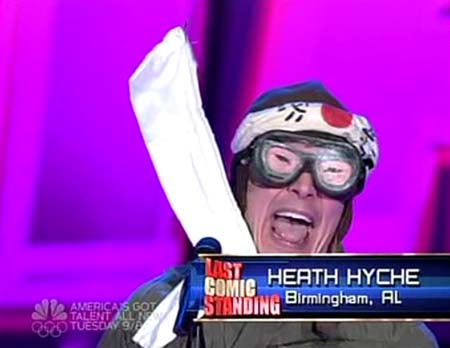 Seriously -- are you fucking kidding me?

Who in their right mind does this shit anymore?

Oh wait -- WTF was I thinking -- half the audience laughed (you dumbfucks), and to make it more insulting they decided to get a closeup of an Asian girl who decided to laugh once the camera was on her (and while I'll give her some benefit of the doubt because the camera panned to her and she probably just got nervous as shit -- if you ever catch me on camera with that going on you'll get a big Asian middle finger along with a tirade of "I can't believe that fucking KKK racist bullshit"). 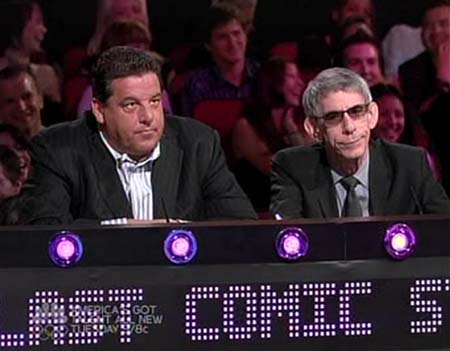 Here's Hyche after getting his beatdown on national television (and not making the finals). 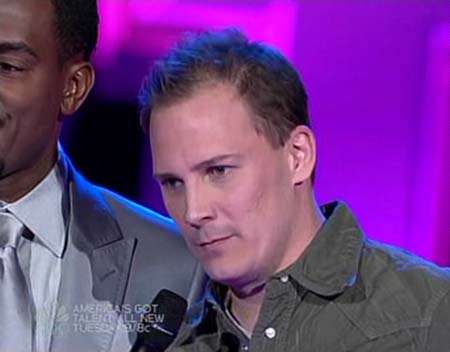 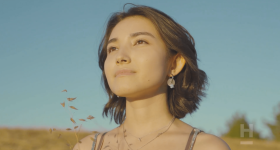