What Will Obama Change?: Immigration "Crime" 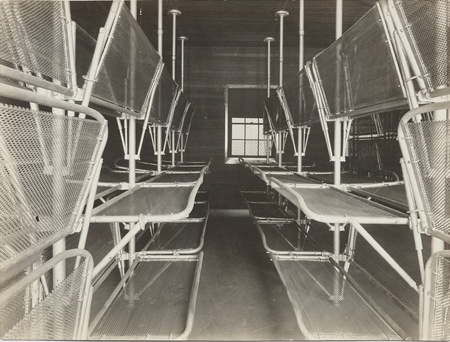 In the countdown to Obama's inauguration, the media is going crazy with speculation about what Obama will change in the White House and on Capitol Hill. Some of this speculation is trivial, some earth-shattering. So let's shake it out this week and see what turns up for new policy that will affect Asian Pacific Americans.

First up is the inevitable immigration debate, which centers around Latin American, and particularly Mexican, blue collar immigrants, but ends up affecting all immigrants. Common speculation is that the criminalization of immigrants, and especially the pursuit of those criminalized immigrants, will be scaled back considerably.

That may not be saying much, though. The Bush administration has been crazy like a fox, reallocating resources away from white collar crime, organized crime, and corruption -- and even the war on drugs -- to "illegal" immigration. According to the NYT:

Apparently, what they DO prosecute in the war on drugs is lower-level courier crimes and possession charges. "Drug traffickers now routinely break up their loads into smaller quantities to avoid stiffer federal penalties, law enforcement authorities say." The war on drugs has always been a war on America's working poor. Ignoring drug kingpins and organized crime, and aggressively prosecuting users and street dealers, is an obvious attempt to control the population that uses certain cheap drugs, not to address the root causes of drug usage. We all know this.

Likewise, the effort to criminalize undocumented immigrants, rather than addressing the reasons for immigration, is an equally obvious attempt to control the labor of the population that immigrates.

America's working poor staffs our service economy. As citizens, they have the ability to unionize and the right to demand fair wages and benefits, so the right wants to keep them away from more important industrial and agricultural sectors that would be vulnerable to unionization. Likewise, our undocumented labor force has decreasing access to unionization and labor rights, which is why traditional blue collar jobs in agriculture, food processing, industry, construction, and the like fall increasingly into the hands of undocumented laborers. We saw this happening in real time in New Orleans, where working poor populations evacuated to Houston and elsewhere were actively discouraged from coming back, but laws were passed allowing undocumented laborers to work construction legally for sub-minimum wage, without documentation.

To put it bluntly, all this is about securing control of US service and industry away from the worker. Welcome to the new Gilded Age.

Clearly, Obama's appointment of Hilda Solis-- yes, the savvy, working class, pro-union, second generation Latina Congresswoman -- as Labor Secretary (not to mention Napolitano as head of Homeland Security) is a signal to the government at large that labor policy is changing. Clearly, Obama's administration will view and treat immigration differently. But this effort will necessarily begin with them having to untangle a mass of executive orders and rules tying employers, law enforcement, and the INS to obstructive worker verification programs that slow down processing and put whole industries in danger. Obama and Solis -- tied up in confirmation hearings -- aren't talking at all about what they're planning, leaving the media spinning fantasies of comprehensive immigration reform and bold action.

And what about Asian Americans? Probably our biggest concern is being able to bring family over; so Asian American advocacy groups will be pushing for more open family immigration policies. This is, however, NOT a direct labor issue. It affects all immigrant families, across all races and national origins, and all classes. Considering the fact that Obama appears to be treating immigration as a labor and security issue -- and not as a civil rights, social justice, familial, or domestic issue -- it's likely that Asian American immigration concerns could get swept under the rug.

On the other hand, undocumented immigration is increasing from China, and some estimates put the number of Chinese undocumented at nearly 300K. No one's entirely sure what's causing this sudden influx, but we do know that the price tag for being flown (yes flown) into the US illegally is around $25,000 -- not a working-poor solution. Middle class professional immigration, which has been one of the major engines of Asian immigration since the 1965 reform, is a hidden labor issue.

That means that middle class Asian immigration is driven by a tango between increasingly good Asian higher education and professional training, American entrepreneurial and science-based professional needs, and what the native-born American middle class can offer in any particular decade. This spans the whole range: from experienced Asian microentrepreneurs walking into small business loans in low-income communities that residents themselves can't get -- to engineers, technicians, and medical personnel staffing the entire middle range of positions at healthcare, industrial, and tech concerns.

There's no question that these labor issues will become extremely contentious in our new Great Depression. The positions that Asian middle class immigrants are taking ARE the jobs that native born Americans want. They just might not be qualified for them. The only question here is: how aware and prepared are Obama and his dream team? What can Asian American immigration expect from the next four years?

What do you guys think?

Relax wrote on Mon, 01/12/2009 - 11:26pm
under the law, undocumented workers are not citizens and therefore should be treated as such. Somebody needs to stop this unstable, loose exodus of illegal immigrants to the U.S. And bring order back to this country. I hope Obama takes some spy d advice from Lou Dobbs
claire wrote on Tue, 01/13/2009 - 12:25am
relax,did you actually read the post? no one, anywhere, has said anything about treating non-citizens as citizens. that's not the issue. but just because someone isn't a citizen doesn't mean they don't have rights. even tourists have rights.the us economy is benefiting from the labor of undocumented immigrants, yet denying them basic rights, benefits, and a living wage. the birthrate among american-born citizens is in the negative numbers, and we're looking at the retirement of the largest generation the us has ever seen. how is our economy to support an elderly population that is larger than the working population that follows it, if not by opening up to more *tax-paying* immigrant workers?plus, think about it: young adult immigrants, documented or undocumented, bring their fully-grown, tax-paying selves to the us *at their own country's expense*. WE didn't have to pay for their education. WE didn't have to pay for their training. we're getting a whole generation of hardworking laborers for FREE. where's the downside in giving them the rights that all other developed nations in the world afford their immigrants?
HernandezUSA wrote on Tue, 01/13/2009 - 7:48am
Our is Economy down and Millions of American Citizens are out of work an Unemployment is at its highest level and our highest leaders considering amnesty?????We need the SAVE ACT and E-verify used for every business and NOT Amnesty for criminals.E-verify does not discriminate against RACE, Religion, SEX or physically capability only your Citizenship and your LEGAL right to be and work in United States.If we can stop Predatory business owners from hiring then the Illegal Aliens will not Stay and return to their native Countries.This ISSUE is not about RACE, but Governments Federal/State/LOCAL not doing their jobs, because big and small business owners want cheap workers and no labor laws to bother with......Its called GREED!The only RACISTS are the single RACE agenda GROUPS like La RAZA, Mecha, Aztlan and ETC....Whose main goal is take our Western States back to Mexico.Both Liberals and Conservatives need to take some pride in our Country and protect it from all invading nations citizens and corporate greed.Please support, NO IMMIGRANT BASHING or HATE Crimes.HATE only feeds the single RACE agenda groups for Open Borders and the Media.www.numbersusa.comhttp://dontspeakforme.org/
M A Andrews wrote on Tue, 01/13/2009 - 9:24am
Illegal Immigration IS a Crime! Illegal Aliensare already criminals the minute they enter the USA illegally!Other nations do not give citizenshipbenefits to children of people illegally in their country!The downside of providing an education(daycare}for illegal alien children and anchor babies hasgiven us a 50%+ dropout rate and bankruptcy ofthe LAUSD and the city of L.A. and the state ofCalifornia!
claire wrote on Tue, 01/13/2009 - 11:48am
HernandezUSA and MA Andrews and anyone else who wants to use this comment thread to promote an agenda:This comment thread is to be used to discuss the article posted. Feel free to argue against the points I made. But I will, from here on out, delete any further comments that make it clear that the commenter hasn't read the post and isn't interested in debate.Hyphen blog is not for political advertisements or grandstanding. It is for respectful discussion.
RELAX wrote on Wed, 01/14/2009 - 10:52pm
All due respect Claire, when you talk about immigration, you are gonna always open up a can of worms. I also think when someone strongly disagrees with your points you get a little emotional and claire on some of your other post you have been very emotional, but I still love you though he he. be easy.
Claire Light wrote on Wed, 01/14/2009 - 11:04pm
RELAX, it's true that immigration gets emotional, but that's because the terms of the debate that have been set in the past few years have been irrational and fear-mongering.The point of this particular post was to address the background of the current situation and how it affects Asian Americans. I think it's fair to expect commenters to address only the topics raised by the post ... at least initially. And I'm pretty sure you can tell as well as I can the difference between a reader who doesn't agree with you and a flamer who came to your post (which they didn't read) via a technorati search on "immigration," for the express purpose of screaming. I'm being strict on the latter but welcome the former, so fire away with your criticisms of the post itself!
Lxy wrote on Thu, 01/15/2009 - 3:23am
Anti-immigration sentiment reflects a rising tide of American nationalist xenophobia and nativism, of which demagogues like Lou Dobbs and his ilk are the product.It's an instinctive--and predictable--response of American flag-wavers to look for foreign scapegoats to blame for socio-economic problems and channel grievances away from the corrupt state of US system itself--as evidenced by scandals ranging from Enron to Bernie Madoff to the sub-prime mortgage crises, etc.Nothing good will come out of this type of nativist Americanism. Indeed, it can and will provide the political soil for neo-fascist US movements of all kinds.Populist demagogy and immigrant-bashing in the US: The case of Lou Dobbshttp://www.wsws.org/articles/2006/jun2006/immi-j16.shtml
Relax wrote on Thu, 01/15/2009 - 5:54am
Claire:I agree with you to a point, but dont you think our immigration laws are a little to lax? any tom, dick and harry that lands on American soil should have the same equal as Americans. Compared to a lot of other industrial nations, our laws are very lax and for the most parts immigrants are winning. Claire come on, we cant just keep granting Amnesty every ten years. The fact that China is not a border country henders immigrant from illegally comming back, as a Mexico if they are caught