Take 3 by Roseanne Liang is a New Zealand fictional piece about three Asian American women and their trials and tribulations as struggling actors, and their horrific and sometimes hilarious encounters.

A Stranger in His Country by Hassanain Al Hani is about a displaced Iraqi who lives with his family as a refugee in Kerbala, where he sells coffee near a mosque. In its seemingly simple, verite style, it tells a strong story about a man. I wished there was more context about the displaced in Iraq, but it's still a very good film and worth watching.

Excuse My Gangsta Ways by Corinne E. Manabat is one of the best short films I've seen in a while, because it tells a surprising story about Davina Wan and her past life. At first I did not know what the story was going to be about (though the title gives it away), and was engrossed in this one person's life story. Definitely worth watching.

Yellow Sticky Notes by Canadian animator Jeff Chiba Stearns is a good piece that is autobiographical and really creative -- Stearns uses sticky notes to talk about his life in the last few years, from his ambitions as an artist to dealing with the post-9/11 world and up to 2007. 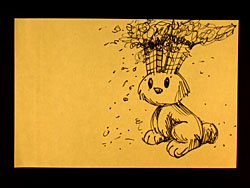 In other short sets, Wanda & Miles by Lesley Loksi Chan was my favorite from the Family Portraits program. It's acted out by humans but also includes some great animation. Overall, it's a really creative -- and moving -- use of voiceover narration from a young boy's point of view about his mother. I also liked Wet Season by Singaporean director Michael Tay, which also employed a blue screen (I think) and animation of a skeleton. As the program title suggests, it's all about family members. For some reason, there were a lot of animated and experimental shorts in this group. Is it something about how we deal with our family that requires a nonlinear or different way of telling our family stories? 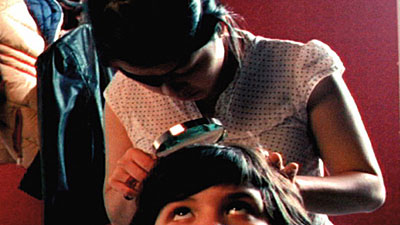 The other program I viewed is It's Easy Because You're Beautiful. My favorite from this was The Postcard, which is in Korean and made by Korean American Josh Kim. The Postcard is so well made and really enjoyable and entertaining to watch, about the mishaps of a postal worker and secret admirer(s). 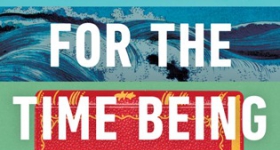