Send a Message about Miley Cyrus to Disney 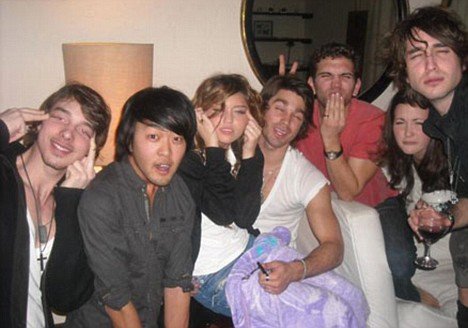 Want to do something about the Miley Cyrus faux pas and her weak apology? Director Michael Kang (Motel, West 32nd) wrote about taking action on his blog, and urges all those offended to write directly to Disney. Mike explains that in the entertainment industry receiving paper letters from angry people is a big deal. Think of the time it takes to write, stamp, and to send a letter -- it speaks volumes to decision makers. He posted the letter he submitted for others to see.

It's desensitizing to read similar-sounding comments on most discussion sites ranging from "get a sense of humor," to "who cares -- everyone does the slanty eyes joke." One would hope that in the past decade, after protests over controversies like the Abercrombie shirts, Rosie O'Donnell, racist radio jokes, and other publicized incidents like Hollywood Whitewashing, that it has become at least a rule of thumb not to make overtly racist or offensive Asian jokes. Unfortunately, that hasn't been the case. Even when icons apologize, they barely apologize. What's worse is the offenders usually produce a willing, token Asian American apologist to deflect criticism. For example, Abercrombie's shirts were co-designed by an Asian American, and Lucy Liu went on The View to defend Rosie O'Donnell.

In the Miley Cyrus photo, there is a built-in excuse with an Asian American guy in the picture awkwardly smiling along. This poor guy is like so many token Asian Americans used before him, but in this case he is so young he probably doesn't even realize it. Mike Kang put it well:

I feel like this Asian kid in the picture completely captures what the experience of growing up Asian in America is all about. Halfway in on the joke, halfway a butt of the joke -- the blind-sided "I-don't-know-how-to-react-to-this-racist-bullshit" look on his face sums up so many awful moments in my own life.

I think the best way to reduce the frequency of these kinds of acts in the future, for future generations of Asian Americans, is to write directly to decision makers in charge. Over time, this may influence behavior among entertainment decision makers, which will in turn affect Asian Americans who would otherwise be apologists, by showing them that they are in the minority for defending offensive acts. If you want to write your own letter and make a difference, the addresses to mail to are below: