You'll get a chance to meet Mr. Hyphen in an interview with Garcia in The Family Issue. Managing Editor Neela Banerjee describes the magazine in her farewell editor's note. I'm biased, but I truly think this is one of the best issues of Hyphen we've published.

We start the family theme with stories about kids -- from an article about revolutionary names parents give their children (like Lenin) to the poop on parenting blogs written by Asian Americans. We also take a look at families that don't fit the cookie cutter mold and families that form without blood ties, like a fraternity and a dance group.

Outside of our theme, we've got a great story on how Chinese restaurants get a bad rap for using MSG even though we're eating the food additive in everything from KFC to pizza.

In our Lazy Susan section, we profile LadyParts Auto, a car repair shop geared toward women run by an Asian American entrepreneur.

In literature, we publish the first-place entry in the Hyphen-Asian American Writer's Workshop short story contest, "Playing the Sheik" by Shivani Manghnani. The story, set in Hawaii, is about a son and his father, who snags a guest starring role on a TV show reminiscent of Hawaii 5-0.

In First Person, our essay feature, Saba Waheed tries to figure out a family mystery and the truth about her older sister.

It's a nice mix of stories, and all the work is by a dedicated group of volunteers.

When Hyphen recently celebrated its sixth anniversary, I saw some old friends who've been a part of Hyphen along the way. I'm really in awe of how we've kept it together for so long, and we really couldn't have done it without the support of our readers.

I know adding another magazine to your reading list can be difficult, but Hyphen gets by on donations and subscriptions. If you're not a subscriber, become one. You'll get a great magazine and support us in telling stories that go beyond the mainstream, that break down stereotypes and are just fun to read. I hope you'll join our effort. 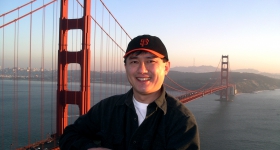 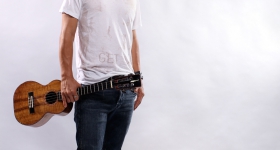