A few years before filmmaker Leena Pendhakar finished Raspberry Magic -- playing this weekend at the SFIAAFF -- she wrote a commentary for Hyphen (Issue 12) about her dream to make an independent film about a little South Asian American girl. I guess dream do come true.

A fledgling filmmaker learns how to stop worrying and just make her movie.

The phone rang. It was the credit card company, yet again, asking me to make a payment on the $20,000 balance I had accrued from my short films. I panicked, then hung up the phone.

My last film, This Moment, screened on the festival circuit and got some press. But when all was said and done, I found myself in debt and on the outs with my producer/friend. Having made three shorts, the next step was for me to make my first feature. But the stress of debts and soured relationships weighed heavily on my shoulders. Here I was, having just moved to Los Angeles to pursue my so-called filmmaking dream, but I had to ask myself a serious question: Was my dream truly worth it?

I caught the film bug as a student in the documentary program at the University of California, Berkeley Graduate School of Journalism. Having previously worked as a news writer and multimedia designer, film combined so many things I love, especially using images and sounds to tell a story.

In my first documentary, Dreaming in Code, I explored the connections between electronic culture and the world of late-1990s dot-coms by pointing the camera at my husband’s fledgling San Francisco company. The film followed four young men as they lived, worked and partied together, barely leaving their Haight Street office. I even followed a couple of them through their ecstasy drug trips at a party in their office. This was risky business, but I wanted to represent the insular world of these young men in the most accurate and interesting way.

After graduate school, I received a grant to make a second short doc, My Narmada Travels. That film was about indigenous people in India who were being displaced by a large dam. While it was certainly an important topic, I found myself doubting whether documentaries were my calling. I wondered whether putting the camera in someone’s face was really a fair and effective way to tell a story. I craved a format that was a bit freer.

Around that time, I had the opportunity to work as a production coordinator for a narrative feature being made in San Francisco. I loved the process, especially because narrative film was team-oriented. Most importantly, I liked that narrative film blended the imaginary and the real—in other words, I could tell the story I wanted, and selectively use the truth to make that idea come to life on the screen.

I had found my calling. Fiction had always been my true passion, yet it always seemed like such an abstract career path. I decided it was time to dive in and follow my dreams. After taking some classes at the Film Arts Foundation in San Francisco, I ultimately I decided to direct my narrative short, This Moment. It’s about a black man and Indian woman who get engaged as the sun is coming up, then get into a fight about what their wedding will look like. I wrote this film to explore how Uma, played by Purva Bedi, sabotages her own dreams because of cultural hang-ups she inherited from her family. I also wanted to explore how questions of race still burden people—especially when it comes to marriage.

The next logical progression in my career was to make a feature film, but after the tribulations with This Moment, I began doubting myself on every level. Around that time, my husband and I moved to Los Angeles and I discovered that most people in Hollywood don’t give much credence to the indie film scene.

I had written several feature scripts while still in San Francisco. My writing teacher and several other people had been very encouraging about one of them, in particular. Called Raspberry Magic, I like to describe it as The Squid and the Whale meets Little Miss Sunshine. It’s a coming-of-age tale about 11-year-old Monica Shah, who thinks she must win the science fair in order to restore order to her parents’ crumbling marriage. When her father runs out on the family and her mother falls into a deep depression, Monica takes charge. Set behind the backdrop of a Pacific Northwest forest, Monica’s experiment uses touch therapy to help raspberries grow faster. She asks: Is it nature or nurture that can truly help a being grow? I was drawn to tell this story because I wanted to explore the stress that a child like Monica feels when her parents fail her.

Being in Los Angeles, I decided to hit up several agents and producers who I had met through my work. While they all found the script to be heartfelt and charming, they were all looking for commercial fare, especially from a new writer. But a small character driven piece about an 11-year-old Indian girl? No thanks. Raspberry Magic would work best as an indie, I decided.

So, I applied to the Film Independent and Sundance screenwriter’s labs. These labs not only give the writer one-on-one help with polishing the screenplay, they lend cachet to a project. The Sundance Screenwriter’s Lab considered Raspberry Magic twice, but it wasn’t picked. I also applied to Film Independent’s labs, but they didn’t bite either, saying that the film didn’t feel indie enough. I was devastated on all fronts, because my little film, one that I felt had so much potential to be a fresh movie, wasn’t fitting into any categories, which meant that it would be tougher than ever for me to make the film.

I seriously considered burying the project.

But then, I was at lunch with my mentor, director Michael Lehmann (Because I Said So, Heathers), who I met through Film Independent’s Project Involve, a one-year fellowship for diverse filmmakers, and his eyes lit up when I told him the story of little Monica Shah.  He encouraged me to figure out a way to make the film.

The thing with filmmaking is, when you are a beginner, no one is going to make your movie happen except you. Maybe you make that first feature for $300,000, but hey, better to make it rather than not, right? I was invited last summer to my alma mater, the University of North Carolina at Chapel Hill, to screen This Moment for a special series at the Stone Center for Black Culture and History. Discussing that movie with students got me excited, and I decided that I had to make Raspberry Magic.

And though I was burdened with many doubts like: Will I get pigeonholed if I make my first feature about Indian characters? Where will this movie play? And, how will I find the financing for this film? No matter what, I always came back to the story of Raspberry Magic. I truly feel that it is something that has to be out there. And the bottom line is that every single person you give the script to from Hollywood to Park City will have different critique, but ultimately, you as the director have to see the film—and I do.

This summer, I went through another round of revisions with the screenplay, and put it out there to my friends and family that I had to make this film. Then, a magical thing started to happen.

Several friends said they wanted to help in any way they could. Other friends introduced me to producers. Still others introduced to me to a distributor, and another to possible financiers. Seeds had been planted, and all of the things that had seemed daunting were becoming a reality.

All of a sudden, instead of focusing on my past mistakes, future outcomes, sales and all the frightening aspects of filmmaking, I’m focusing on the important things: how to make this movie. It’s happening piece by piece, but I’m chipping away at it, the same way I did with my credit card debt until it was finally gone.

I have partnered with a team of young producers who are hungry and excited to make this film. I’ve also met with several people who are interested in the financing. It’s not going to be easy, and we have a long way to go, but once you decide to do it, you somehow just do. We will be looking for money, actors, crew and all of the other important aspects of the production. It may take some time until it happens, but I know it will happen. It has to. 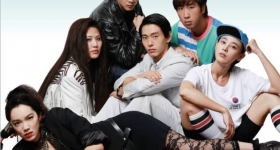