In a few weeks it will be election time in California and while most residents have their eyes glued to the gubernatorial race between Meg Whitman and Jerry Brown -- with Whitman's former undocumented housekeeper thrown into the mix -- a less-publicized but significant election will also be taking place for San Franciscans.

21 candidates are currently vying for the position of Supervisor of District 10, San Francisco's Southeast section which has long been plagued with unemployment and poverty. Most recently District 10 was highlighted in the media for being the site of assaults on elderly Asian residents, including the death of 83-year-old Huan Chen and the throwing of a 57-year-old Chinese woman from a MUNI platform. While District 10 has historically been a predominantly black neighborhood, today 20% of its voters are of Asian descent, reflective of how quickly the Asian population is growing.

Candidates would be remiss to not reach out to Asian American voters and pay attention to their concerns. At San Francisco State University, Professor Grace Yoo and the students in her Asian American Studies: Community Changes and Development course were thinking the same thing. This week, 8 of the candidates visited Yoo's classroom to field questions from the students who have been focusing on District 10, anti-Asian violence, and the needs of various Asian American ethnic groups. The course curriculum focuses on awareness of Asian American issues as well as creating solutions and increasing civic engagement.

Students prepared questions that ranged from district-wide concerns such as creating jobs and implementing programs for public safety and youth. But with the classroom's Asian American focus and SFSU's Ethnic Studies history, students also asked candidates to address issues specific to their community.

Student Ryan Roa asked Marlene Tran -- a community activist who is the only multingual candidate in Mandarin, Cantonese, and Vietnamese -- about the language barriers that prevent Asian immigrant residents from accessing city services. Tran spoke on the lack of city dollars making their way to District 10, employment resources that are only available in English, and the language barriers which prevent Asian residents from reporting crimes.

Student Timmon Li asked candidate Chris Jackson about his experience working with Asian American communities. Jackson spoke of his work on the San Francisco Community College Board which oversees City College where Asian American students make up 35% of the student body. Jackson stated that he worked to save Ethnic Studies classes, works to dispel the myth that there is no achievement gap within Asian American ethnic groups, and utilizes multilingual ambassadors to reach out to students.

"Will the Asian American community be the deciding vote?"

DeWitt Lacy, a civil rights attorney, added that many people involved in or following the race are depending on tension between Blacks, Asian, Latinos, and whites but that the efforts of many groups are contributing to unity. Lynette Sweet, currently on the board of BART, ended the meeting with her statement on crossing group lines and voting blocs: "You vote for who's looking out for your interest and will get things done. We don't necessarily have to speak the same language all the time ... It's what you bring to the table, not what you speak at home." 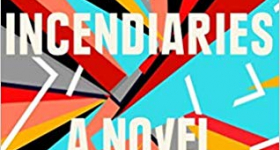