Earlier this month, Karen Tei Yamashita’s I Hotel was nominated for a National Book Award. A longtime professor of literature at the University of California, Santa Cruz, Yamashita's latest novel is a multi-narrative epic that explores the lives of student activists, artists, and residents evicted from San Francisco’s International Hotel during the tumultuous years of the Civil Rights Movement. The Asian American Writers Workshop has called I Hotel “a future classic of Asian American literature.” Hyphen interviewed Karen Tei Yamashita about the ten years of research she conducted in writing the novel.

You interviewed over 140 people in preparing for this book. Could you describe this process of gathering stories? What were some of the first interviews that you conducted?

The first interviews I did were actually in Los Angeles because I thought that the story would be down there -- I was living there when I started the project. Mary Kao, who is the designer of the Amerasia Journal and also a filmmaker […], way back then, said she would like to do a film and follow me around as I did these interviews of activists. […] She got together a group of women from this period, mostly Sansei women who were involved in various parts of the movement in Little Tokyo. We sat down and I just scribbled a lot of notes and asked questions and I started to get some of the foundation for thinking about it. […] It wasn’t until I got to Santa Cruz in 1997 that I decided to start the project as a research project here. Then I started to think, “Well, what was going on here?”

How did you find a lot of these people who had been living in the International Hotel, to interview them?

Every August 3rd, on the day of the fall of the [International Hotel] until now, they always had a street fair and celebration. They never let anyone forget that this had happened. So I started to get to know them. I knew Al Robles from being a writer and his poetry. I would show up for the August 3rd events or any kind of memorials that were held inside that tent that used to be the I Hotel.

[The] ethnic movements or movements of color by other groups, and also feminist movement and the gay movement, they all take their lead from African Americans. The history of slavery is deep, or fundamental, to the history of talking about the United States. That was the first line of work that had to be done. I think everyone who wanted change and social justice were looking at that movement. […] [The connections] are made because African Americans and Asian Americans lived in the same communities together. They shared a common culture; they not only shared jazz but soul music, went to school together, they got involved in activities together. I think if you’ll talk to many of the old activists of that period, those friendships run deep. […] It becomes obvious to all of these groups that, if we wanted change some things, […] they would have to come together.

What interests me about I-Hotel is the wide variety of forms you used to tell the stories -- screenplays, textbooks, numbered lists -- as well as the expansiveness of the novel itself. What did you see as the advantages or the freedom in writing in so many different genres?

I think part of it came out of doing the archival work and the research. […] Everything was mimeographed, people don’t remember that, and the silk screen was done meticulously. That kind of artistry is very different from what were know now where you can create something with Adobe or digitally or take a photograph instantly and change it. Any kinds of changes or cartooning was all done by hand. […] I wanted to revisit that sense of time and some of the things I thought that were interesting that were developed and pursued to talk about the political moments -- whether it was to protest the war or talk about health services in Chinatown.

What do you think is the nature of Asian American political activism today? Are we tied to the legacy of the movements that you write about in I Hotel?

It’s all around us and I don’t think that we always know it. [There] are institutions that are here because of that period of time, whether it’s the cultural centers, or the health centers, the housing development activities, whether elder care, pioneer projects, or self-help projects, or food for the elderly. Then there are all the ethnic studies programs. It’s been professionalized so now you have professors in Asian American studies -- that started then to change the way we see our history. Many of the people who were activists at the time, they went on to academia and theorize about race, and their theorizing is embedded in the way we think although we don’t even notice anymore. Then there were many people who took on legal professions and went into politics. The government in San Francisco, there were no Asians then, look at the government now. […] Those changes happened not just because of population change but because people went to look for this work and wanted to make a difference. 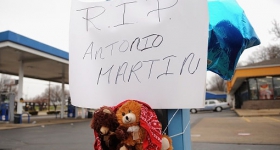