In Hyphen’s last issue, books editor Abigail Licad posed a question: Can Asian American lit get its sexy back? We asked and we received. This past month, we collected submissions for our very first Erotic Writing contest and we think can unreservedly say that, yes, Asian American literature has its sexy back. In spades.
All of us at Hyphen’s Books and Fiction and Poetry sections had a riot reading the submissions--short stories and poems that titillated and smoked in the best, Color-Me-Badd-I’m-Going-to-Sex-You-Up--kind-of-way. We honestly never thought it was possible to extend what in life might be a three-minute sexified episode into five, yes, five single-spaced spaces. FYI, it involves a lot of creative uses of objects.
Teresa Lo, author of the erotic fiction series, Red Lantern Scandals, judged our contest and selected these three stories as the winners:
Winner: Thien-Kim Lam, “Pho for Two”
Second Place: Sonia J. Cheruvilil, “Meera Green Haathi”
Third Place:  Solace Ames, “Tomorrow’s Much Too Long”
Read Lam’s story winning story here. Trust us, you’ll want to read it. “Pho for Two” makes us entirely re-think the phrase, food porn. Huge congrats to the winners and thanks to all who submitted stories!
THE WINNING STORIES
Teresa Lo provided us with some comments on the winning pieces. Here’s what she had to say:
The end of “Pho for Two” by Thien-Kim Lam ends with the line, “She would never see a bowl of pho in the same way again,” and after reading the story, I too will never see a bowl of the pho the same way again. It is this unexpected use of the seemingly ordinary that compelled me to pick “Pho for Two” as this year’s winner of Hyphen magazine’s Erotic Writing Contest. Thien-Kim’s erotic tale is vivid, imaginative, and most importantly sexy.  Her creative use of food as an instrument of foreplay continues to burn into my brain. The power dynamic between the two characters is well-developed, and it creates a sexual tension that leaps off of the page. As the protagonist’s lover pours various ingredients of the noodle dish onto her body, the reader can feel the need for the protagonist to receive the touch of her lover, and the writing of the protagonist’s sexual experience never veers into the cliché. This is a testament to the strength of Thien-Kim’s writing. She deftly combines all of the elements of good erotica, and she created a story that is unique, memorable, and fun to read.
Sonia J. Cheruvillil’s “Meera Green Haathi” is an emotional and experimental take on the erotica genre. The story is written as a letter to an ex-lover who is recalling memories of the relationship using a green elephant “that used to sit on our window sill and watch us have sex.” The protagonist paints a portrait of a happy, highly sexual relationship that suddenly comes to a painful end. Sonia deftly takes her readers into the mind of her protagonist and, as different memories are revealed, a new layer of emotional complexity that was caused by heartbreak emerges. Reading this story created images in my mind that were as vivid as a movie’s and, overall, I was impressed with how beautiful the writing was.
In “Tomorrow’s Much Too Long,” Solace Ames transports readers back in time to Los Angeles in 1998, when using Geocities was still a thing. The story’s protagonist, John Sun, meets two lesbians at a party, and they pull him into their BDSM world and provide him with a sexual experience beyond his wildest dreams. Solace crafts a tale that is some parts funny, other parts steamy, and the dark and dangerous world that John finds himself in is written with sharp details. Solace has a unique voice and style, and she uses those attributes to create an erotic story that is wild and unafraid to push its readers to their sexual limits.
ABOUT THE WINNERS
Frequently burning the midnight oil with a mug of coffee, Thien-Kim Lam sneaks in her blogging time after her children are in bed. As a first generation Vietnamese American born and raised in Louisiana, she’s fielded more than her share of racial questions, especially now that she’s the mother of two half Vietnamese, half African American children.She runs FromLefttoWrite.com, a virtual book club with a community of bloggers and her lifestyle blog I’m Not the Nanny covers multicultural parenting, work-life balance, food, and creativity. Somewhere in between her kids, her husband, and her business she manages to squeeze in some art, some books, and long hot bubble baths. Plus she always has room for coffee.
Sonia J. Cheruvillil is a South Asian activist, writer, educator and general troublemaker who lives in Brooklyn, New York City
Solace Ames is a Japanese-American woman with roots in the Southeast US, although her heart lives somewhere along the Pacific coast of Mexico. She’s worked in restaurants, strip clubs, academia and the corporate world, and studied everything from the philosophy of science to queer theory to medieval Spanish literature. Rejecting neat categories, her writing sprawls across genres and genders. Along with writing, education and political activism are her passions. Family takes up most of her time, but she loves to keep learning. You can find her onTumblr, Twitter and Youtube, and stay tuned for The Dom Project from Carina Press (a division of Harlequin) in December 2013.

Artist and writer MariNaomi spills on her sexual past

MariNaomi, the mixed-race Japanese American writer and illustrator of Kiss & Tell: A Romantic Resume, Ages 0 to 22, talked with Hyphen about her no-holds-barred approach to writing and drawing a funny and fraught sexual past. Her forthcoming graphic novel from 2D Cloud, Turning Japanese, traces her evolving understanding of her Japanese heritage, seeking to learn the language for the first time through employment at a Japanese hostess bar. 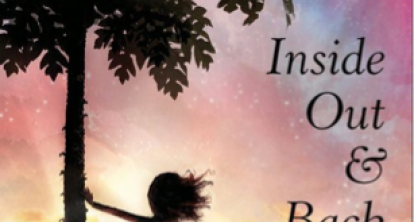 A new videogame turns its focus on Japanese internment camps in the racially segregated South. 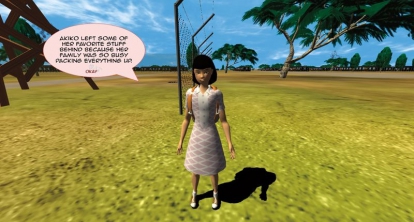 Since I was very
young, I have seen photographs of Jerome, AR. In one, my grandmother is
standing in front of a black tar paper-covered barrack. She is holding my
infant mother, who is wrapped in a wool blanket, a white cap on her head. There
are icicles hanging off the rooftops. The landscape in these photographs is
stark: miles of farmland and swamps, massive dark foliage and the visible chill
of the Arkansas winters. 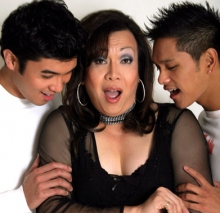 The Education of Kyle Chu 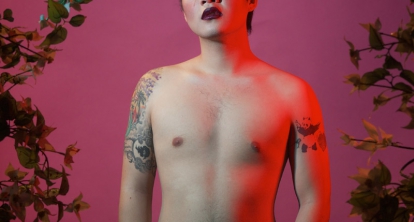 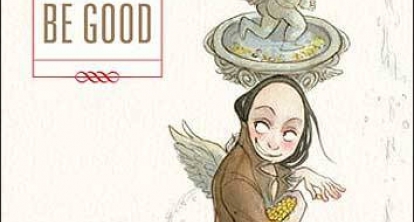 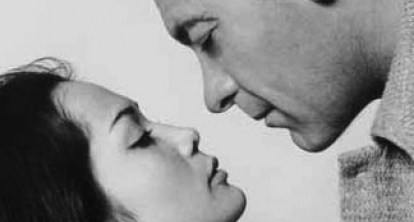 Earlier this month, Karen Tei Yamashita’s I Hotel was nominated for a National Book Award. A longtime professor of literature at the University of California, Santa Cruz, Yamashita's latest novel is a multi-narrative epic that explores the lives of student activists, artists, and residents evicted from San Francisco’s International Hotel during the tumultuous years of the Civil Rights Movement. The Asian American Writers Workshop has called I Hotel “a future classic of Asian American literature.” Hyphen interviewed Karen Tei Yamashita about the ten years of research she conducted in writing the novel. 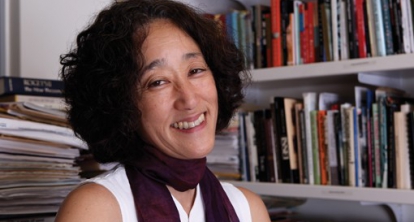