So I know I said it'd be four weeks until the second AAMMS post, but... That’s much too long to keep mum about Canadian magazine MacLean’s “Too Asian?” article and, more to the point here, the Asian American and Asian Canadian responses to it that have lit up the blogosphere.

The article asks, in a nutshell: Is the influx of Asian students to top Canadian universities making these places too competitive, too homogeneous, too academic at the expense of other valuable aspects of the college experience?

So is there racist sentiment in the very framing of the question? Yes, plenty. The article is aware that quotas are discriminatory, that deeming an abundance of Asian peers or students a problem is a xenophobic sentiment; nonetheless it seems to conclude with a shrug and a sigh. What can we do? We’re between a rock and hard place: get used to the Asian invasion or take pointers from the KKK.

The implicit “we” of the article is not Asian Canadian.

Many of the Asian American/Canadian commentators on the web have laid out these critiques at length and well, and so I’ll not rehash them here.

But I take issue with some of the ways in which my peers have been crying foul.

Here are the quotes from the article that seem to have raised the most hackles about harmful stereotyping:

"'I do have traditional Asian parents. I feel the pressure of finding a good job and raising a good family.'"

"'‘My dad said if you don’t go into engineering, I won't pay your tuition,' says Jason Yin, a Taiwanese software engineering student at Waterloo."

"'‘The kids were getting 98 percent but they didn’t have other skills,' she says. 'Their parents would come in and write in the resumé letters that they were in clubs. But the kids weren't able to do anything in those clubs because they were academically focused.'"

“'yet another Asian student who wants to major in math and science and who plays the violin.'"

Surrounded at Hyphen by artists and photographers, writers and journalists, I will happily corroborate that not all Asians fit the profile above. In fact, the MacLean’s article acknowledges that, too: "That's not to say Asian students form any sort of monolithic presence on Canadian campuses."

But Disgrasian has a whole series of posts tagged Hardass Asian Parents. We know this.

And I've seen at least one book and an article about the barnstorming of Julliard Pre-College, by Asian parents padding their kids' Ivy League applications with classical music.

Granted, this nerdy profile is not how many of us like to appear in the very large mirror of mainstream representation.

But let's not forget that many of us do look like this. More of us were raised like this, if we were raised in immigrant families -- and if we turned out better dressed or worse at math, art majors rather than software engineers, then that was not without a fight.

The image of Asian Americans/Canadians as a bunch of socially awkward kids subjected to pressure-parenting and given few life options is not meant to flatter us, agreed. But the knee-jerk denial of it means that we do not allow ourselves to admit that to some extent, these potentially destructive things we are said to do to ourselves are true.

To save communal face, we don’t allow each other to admit publicly that sometimes the pressure is too much. The options are too narrow. Standards are too high and the demands to meet them, too lonely.

We can't so much as talk about it?

Meanwhile, Asian American women have achieved the highest rate of suicide of any race/ethnicity between the ages of 15 to 24.

You do the math.

First post in the series here. Go here to see all posts in this series. 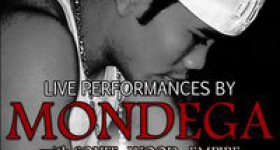 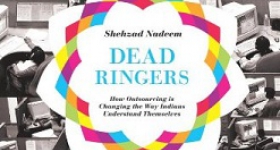 Le Sheng Liu wrote on Mon, 11/15/2010 - 12:04pm
I wasn't aware of that.  That's pretty sad.  I can't speak for Canada, but in America, race is taken way too seriously.  If that's the question the article posed, then I don't see anything wrong with it.  Is there a racist sentiment?  Sure, slightly, but RACIST is such a scary title to be labeled that once that word comes up, any rational and honest discussion to follow is quickly repressed.  I think the media's current focus on Kanye vs. Bush is a fine example of how we waste so much time debating if something is racist or not that nothing pragmatic or insightful ever comes out of the dialogue. Disgrasian is a good example of how we can get away with ackowledging the issues in our culture and community if we do it in a comedic context.  But somehow, when Hardass Asian Parents are described as a potential problem in a major Canadian article, that's not acceptable?
Ask a Model Min... wrote on Mon, 11/15/2010 - 3:38pm

Thanks, Le Sheng.  Agreed that the label Racist is often used with such force that it shuts down some avenues of debate we'd do well to pursue. Which is to my point about the things we're shut down from saying about ourselves, too. Hope I've managed to give the article somewhat balanced treatment here, considering the importance of not being hypocritical.    :)

But yes, we kid about these things amongst ourselves all the time (Hyphen's donor program is called the Overachievers' Club), and the inside jokes are good and community-building to have. But say it's (also/not always) a laughing matter, and suddenly the community doesn't seem to want to hear it.

Lydia Cabasco wrote on Tue, 11/16/2010 - 8:17pm
I completely agree. Raising the issue seems to fall on unwilling to acknowledge ears and it's lonely creating a space to talk about it to the point that I sometimes think I'm crazy. Saving face isn't all that it's chalked up to be even though it seems to be a central cog that keeps Asian and Asian-American culture running. The funny thing about saving face is that with the pressure, were saving someone else's face - that of our parents and not our own. Our own faces get squashed from the get go with the forced piano and violin lessons and being forced to study what our parents want. We can't be weak, we can't step out of the lines, we can't acknowledge grief or pain. The only option left when pushed to that extreme is to implode. These are red flags and the biggest of them all is like you said, the growing suicide rates of Asian-American women.