Sure, Sean Aquino (Hyphen web director) can geek out with the best of them: he can throw down tech-y jargon and back it up with the goods.  But, dang, if he doesn’t also have game in other areas, too. He is quick to laugh, and he has the kind of smile that is reassuring, yet also intriguing. And did I mention the man can dance? And now, of course, I realize I should have made him prove it....

I dance with Gamelan Sekar Jaya [a Balinese dance and music company based in the Bay area]. Rebecca [Klassen], who was part of the gamelan group, was also an editor at Hyphen at the time, and she introduced me to the magazine. About two and a half years ago I joined as a contributor for website design and development, then was asked to become the web director when My [Nguyen] stepped down. When I became director, we went through a very big transition: we changed our website platform and added back issues onto the site.

Hyphen is becoming one of the only Asian American publications, especially as many others have recently closed. Even within the spectrum of Asian American, it is in a niche market, partly because it caters to a younger demographic.

I hope that we reach a greater audience, while also staying relevant to our current constituency. A lot of people still don’t know about Hyphen -- our reach isn’t that of other targeted publications like Essence. I hope we have a greater impact on a greater number of people.

My work for Hyphen is an extension of the work I do in my day job [as creative producer at Kapor Enterprises, Inc.]. Hyphen does a lot with such a small budget and few staff who are all volunteers.

I’m not a California native; I’m from the Chicago area. In the place I grew up there were few Asians, so there was more of a shared culture. Here in California there are so many Asians and a lot of subcultures within the Asians, so the nuances across the entire community have been illuminated in a way that wasn’t apparent before.

Either lawar, a Southeast Asian dish, or kalua pig, a Hawaiian dish.

Watching cartoons all day. That level of irresponsibility is long gone.

Every time I go on vacation, I get a massage every day.

No. I’ve learned some Balinese, Japanese and Indonesian, but not Tagalog, my native language.

I’ve gotten back into Pandora, so I’ve been listening to '80s, Brazilian, Middle Eastern and southeast Asian music.

There’s a song on YouTube about a guy with mild superpowers, like being able to go into the kitchen and know where the glasses are. Or knowing where the toilet paper is in someone’s bathroom. Or getting into the fastest line on BART.

Please donate to support the work of our hard-working volunteers. You know you want us to upgrade from mild superpowers to medium or hot superpowers.... 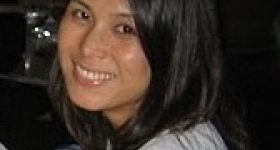 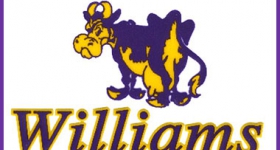