Earlier this week, an entry on online community art project Post Secret caught my attention. Entries are comprised of anonymous secrets mailed in via postcard and this particular piece featured a young Asian American woman smiling as two white males held her in the air. The secret read: "Coming to college has made me extremely aware of my race."

Whether this has been an emboldening or detrimental awareness to the writer, we'll never know beyond our own speculation. But the sentiment is familiar. For many of us -- particularly those of us from areas not as populous with people who look like us -- college is when our racial and ethnic identities begin to form. You step onto campus, extend your arms wide and deliver the clarion call: "My peeeeeeeps!"

Or perhaps, it's a tad more subtle.

For some, it begins in that Asian American, ethnic studies, or sociology class after a steady educational diet of Eurocentric history from K-12. For others, it's at that first awkward Asian American student group meeting mixer in some basement room of a student union with greasy (but free!) pizza slices. I remember my first Asian American mixer, freshman year. It involved a relay race. My attendance at meetings fell precipitously after that.

Many speak of their Asian American or racial/ethnic/sexual/political awakening from being at college. But often that politicization is a response to something all too familiar: good ol' fashioned racism.

Sometimes it's racist comments made face-to-face. Sometimes it's expressed in a school's newspaper. In my undergrad experience, racism on campus went online with Xanga (I know, I'm old) and Facebook groups started by white students who targeted Asian and Asian American students at our university. I believe one group was called "For People Who Hate All Ching-Chongy People on Campus." Or was it "Ching-Chang-Chongy?" No matter. After I reported them to Facebook, they changed their name to "OSU White People." Clever.

If there is a positive outcome of experiencing racism as a college student, it's that it provides a catalyst for organizing and uniting with anti-racist peers from a diverse (hopefully?) group of communities across campus. Sometimes it adds that level of consciousness to the "I'm Asian American. YEAH!" sentiment that often comes with simply being part of a larger, more diverse environment.

And that consciousness is becoming more and more necessary these days it seems. Just a cursory search on Angry Asian Man yields recent story results of suspected or documented hate crimes against Asian American students from California to Texas to Indiana to Alabama.

Last year's "Compton Cookout" controversy at UC San Diego sparked protests and outrage from the campus's African American students who felt unsafe and that their voices were unheard by administration.

And a week and a half ago, Gawker pulled together a list of racism-related incidents on college campuses across the country that had occurred within days of each other.

Apparently, being subjected to racism is simply a part of the college experience, just like beer drinking, textbooks more expensive than street drugs, and abdominal weight gain. If that is the case, I do wish they would print that factoid in the brochures or perhaps have a PowerPoint slide dedicated to "How to Prepare for Racism" during Orientation.

I'm not naive enough to be shocked by this notion of ever-present campus racism. I'm just a bit disturbed by how resigned the majority of the commenters were to it, how they were "over" news stories on racism. Racism is so ubiquitous you might as well not report on it. How's that for post-racial?

However, one astute commenter, who appears to be African American from her profile picture, made this point: "it's important to keep in mind that from the perspective of the people on the receiving end of this kind of racism it makes not a damn bit of difference what the motivation is."

Ah, there it is. The perspective of someone who doesn't have the privilege of ignoring race or racism.

We never quite hear enough from the students who belong to the racial/ethnic groups being targeted on campuses, at least from mainstream sources. We may hear a pat answer from administration on how they are handling the situation. We often hear justifications on behalf of those responsible. They're just joking! They're just kids being kids! They never meant to offend!

Though their voices may be neglected from university administered press releases or major media outlets, we know students are working on the ground level in response to racism at their colleges and universities. Just like the Post Secret writer couldn't help her heightened racial awareness, students facing racism on campuses nationwide can't help but have some reaction to these incidents, reported or otherwise. Thinking of something as "old hat" is a luxury, one that doesn't exist for everyone. 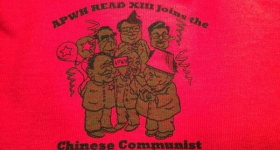 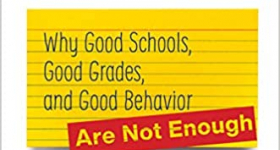 RY wrote on Thu, 02/24/2011 - 1:15pm
I just realized that you went to OSU. I am amazed how far you have come from. It is unfathomable to know those events have happened at OSU back in the day. Unfortunately, I still see racism on campus. There are even jocular, racist articles against Asians/Asian American in the campus newspaper, "The Lantern." There are not many APIAs who are politically active on campus compared to APIAs from the West or East Coasts. It would be so much cooler if there were more APIAs on campus just like you. I appreciate the contribution you put into Hyphen. Knowing that you went to OSU means a lot to the few political, confident APIAs who are on campus. I have introduced Hyphen Magazine to my fellow friends on campus and they consider Hyphen Magazine as a catalyst to their personal journey discovering who they really are--an APIA. Thank you very much, RY
Sylvie Kim wrote on Tue, 03/01/2011 - 12:55pm

Thanks for the kind words! I think the midwestern Asian American experience is very much a unique one and sometimes it takes a bit longer for political consciousness to develop when you're so outnumbered demographically. For me, it took moving from Ohio to California for that to really happen (I attended a handful of Asian student org meetings over four years, at best). I have no doubt that there are young Asian Americans are being active and vocal at OSU now and their voices are so necessary, particularly since we focus on California and New York as regions of "real" Asian American experience and tend to ignore lesser known areas. That, to me, is a huge mistake.

P.S. It's funny you bring up The Lantern, because I distinctly recall that the OSU Asian American Association took on a racist restaurant reviewer that was on staff there in the early 2000s. Some things never change, apparently.

Best of luck to you,

Andrew wrote on Sun, 02/27/2011 - 9:54pm
There is no justification for attacking another person based on their race. Additionally, there is no justification for attacking a person for things they can't change physiologically. I have been a target of racism in the past and it was hurtful, especially as a child. However, as I have become much older and more socially skilled in understanding other people I have found that there is an action step after feeling negative emotions from racism. I'm not a fan of whining or complaining. I'm more of a proponent of changing your surroundings to create a comfortable environment for all. Frankly, I have found that confronting your attackers in a manner where you are sincerely interested in getting to know the other party is the best route. Afterwards, creating a mutual understanding and adding in some humor tends to negate all insecure feelings that people have. Once I understood that everyone is generally good and that most problems are caused by misunderstanding, I learned that humor and a light heart are the best way to handle these issues. Not rants. My relationships with all kinds of people have been better for it and racism isn't a part of my life. AMWW Magazine - The Asian Man & White Woman's Lifestyle & Interracial Dating Guide