I remember finals week at UCLA. I was an English major, so usually this meant chaining myself to my laptop surrounded by a foot-high stack of Shakespeare in the library.

Powell, the main campus library, is a landmark at UCLA. Ray Bradbury wrote his famous novel Fahrenheit 451 in just nine days on a rented typewriter in the basement of Powell. And more recently, the library made news when UCPD officers tasered a student after he resisted and refused to show identification. In the last few days, Powell has surfaced in the news once again.

At the peak of her rant, which expands to include Asian students living in Westwood, the neighborhood surrounding UCLA, she zeroes in on Asians on the phone in the library:

“I'll be in like deep into my studying, into my political science theories and arguments and all that stuff, getting it all down, like typing away furiously, blah blah, blah, and then all of a sudden when I'm about to like reach an epiphany... Over here from somewhere, "Ooooh Ching Chong Ling Long Ting Tong, Ooohhhhh.”

Alright, I’ve felt that same irritation against loud people in libraries -- it’s just not the place to do that. But Wallace takes it to a whole new level, turning it into a racial behavior, and tying it to the largest racial group of undergraduates admitted to the university last fall.

“I swear they're going through their whole families, just checking on everybody from the tsunami thing. I mean I know, okay, that sounds horrible like I feel bad for all the people affected by the tsunami, but if you're gonna go call your address book like you might as well go outside because if something is wrong you might really freak out if you're in the library and everybody's quiet like you seriously should go outside if you're gonna do that. “

She’s not the only one who took offense to all the “ching chong.” Since the video was posted on Friday, YouTube users not only “disliked” the video, but they posted Wallace’s email, phone number, home address (likely from her UCLA directory available to students) and a link to her profile on Examiner.com (which appears to have been taken down). Yikes -- of all places to launch a racist tirade against Asians, YouTube is probably the worst.

YouTubers -- some Asian, others not -- have posted responses. Inevitably, some YouTube comments pushed back against Wallace with the same ignorance and bigotry -- and more than just blonde jokes. Others are have a slightly bigger picture. One vlogger points out, tongue-in-cheek, that Wallace is simply emulating America as a whole. After all, Rush Limbaugh went on a ching-chong rant of his own a few weeks ago.

The original video was taken down, but several mirrrors of them were posted soon after. It's not so easy to take back something that has been posted on the interwebz, folks.

UCLA has since reacted to the video, according to the Daily Bruin: Viral YouTube video called "repugnant" by UCLA administration. A UCLA spokesperson noted that Wallace's comments are contrary to the school's campus values. He also mentioned that UCLA is looking into how the video was posted -- it could violate the campus' Internet use policies.

Here's the video below. Feel free to weigh in, but please be mindful and don't fight fire with fire. 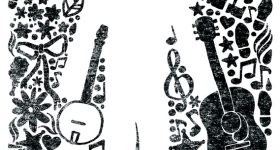 Mr.Reality wrote on Mon, 03/14/2011 - 2:50pm
If she attacking Asians she just harsh dissed white ppl even more then considering Asian girls cook & clean better. So im offended. So she's contradicting herself n being a hypocrite lol im confused. American manners? Like bringing pop & food into the libruary like littering and not cleaning up after themselves? Like putting there feet and dirty shoes where there not suppose to like on chairs and seats ALL THE TIME. Ohhh that silly fat blondes..Get real. LMAO
F.L. Feimo wrote on Mon, 03/14/2011 - 3:25pm
Thanks Jessica for the article, I can't even bring myself to watch the video. Heavy sigh.
Anonymous wrote on Mon, 03/14/2011 - 4:40pm
I think she's right. People from other countrie don't know the rules here. They should learn what the library laws are and abide by them. I feel sorry for Asians that this had to come out like this. They'll recover from this, I know it. They just have diff
Lisa Marie wrote on Mon, 03/14/2011 - 7:13pm
This young lady needs to be removed from the school. This country is a melting pot of nationalities and there is room for everyone. If there is a problem with cell phones being used in the Library, talk to someone in a position of authority and report the issue. It's not OK to make slanderous remarks about anyone. There are proper channels that this kind of thing can be addressed through. What have we as a people come to when someone can so easily upload a hurtful racist rant like this young lady did to the internet for millions to view. This only serves to spread racism and intolerance. If she's not removed from the school, shame on UCLA.
CaesarAlex wrote on Mon, 03/14/2011 - 10:22pm
She is blonde. Period.
Jasmine J wrote on Mon, 03/14/2011 - 11:30pm
I feel like people are taking her words way out of context. Everybody always wants to jump on something when they don't understand. I feel like some people are confused about what she is trying to say. She should not be removed from school for expressing her opinion. She did not murder anyone, She didnt even say she had any hate towards anyone. Smh @ some of you.
John wrote on Tue, 03/15/2011 - 12:36am
i understand her frustration with not getting the peace and quiet she was looking for when she headed to the library, but obviously, directing her frustration towards a certain ethnic group is uncalled for. unfortunately, people of all groups sometimes do not follow the "keep quiet" rules at the library. posting it on the web is VERY STUPID. given today's technology, she should have known better, i dont think she should be expelled from UCLA, but if she knows better, i think her life in California, or any other big city in the US with a significant Asian population is over. she should leave on her own. i feel sorry for her when she remarked about families coming to help cook and clean for their children, maybe her family should do the same so she can feel the warmth of being part of a family.
Alex wrote on Tue, 03/15/2011 - 5:19am
man im ashamed. 1. you're fat lose some weight 2. you are harshing the asians just because you think you are better than them 3. if your gonna say something like this don't just take it off the web you coward, can you at least make an apology video? There we go now i hope you get expelled, and may your life be tormented forever you bimbo
Anonymous wrote on Tue, 03/15/2011 - 6:53am
I have mixed thoughts on this video; yes, she stated some things that were unkind (tsunami comments), and yes, she did generalize about asians. At the same time, as an American, I understand the need to vent about people in this country who offend us by their actions. The UCLA library is to blame for the behavior being allowed. The use of a cell phone in a library should be prohibited at all times by everyone. Her reaction targeted the students making the calls instead of the establishment that allowed the behavior. It seems that today in America, we are so politically correct that our free speech is no longer free. I object to that. There are so many wrongs not being addressed in this country, and when they are, those complaining are labled "racist". When the politicians and people in charge allow things that should not be allowed to continue to the detriment of American society, there are hard feelings everywhere.
Nicole wrote on Wed, 03/16/2011 - 1:00pm
I am appalled by those here and elsewhere who are excusing Alexandra Wallace's racist commentary as mere "venting" and "understandable." I can't help but feel that those sympathizers are masking racist beliefs of their own. Sure, it's not easy to live in a pluralistic, multicultural society. Inevitably, differing cultural habits will clash. But Wallace's blanket statements about "Asian" culture are not merely ignorant generalizations. She crosses the line into hate when she engages in a "ching chong" rant. This is unacceptable and should not be excused in any way. We need to learn how to live together and promote positive behaviors (courtesy in the library, etc.) without resorting to racism.
Martini wrote on Wed, 03/16/2011 - 4:01pm
An interesting deconstruction of the video from a UCLA psychology professor: http://www.psychologytoday.com/blog/everybody-is-stupid-except-you/20110...
Anonymous wrote on Thu, 03/17/2011 - 11:07am
The UCLA student whose anti-Asian video rant garnered millions of views online and intense backlash throughout the world is from Fair Oaks and appears to have had aspirations of creating similar videos as part of a blog. Read more: http://www.sacbee.com/2011/03/17/3481791/ucla-student-who-posted-anti-as...
erin K Ninh wrote on Thu, 03/17/2011 - 9:07pm