Assuming that he is an unworthy target for obstructionist politics and is confirmed by the Senate, Gary Locke will be first American of Chinese ancestry to serve as ambassador to China.Over 140 years ago, Anson Burlingame became the first American to be appointed by the Qing imperial court to serve as China’s ambassador to Washington.There are some interesting mirror image parallels in these two historical appointments, and some important differences.Burlingame was first appointed ambassador to China by Abraham Lincoln. After six years in that capacity, Prince Gong, the regent behind the throne, approached Burlingame and asked if he would accept the appointment as China’s ambassador to the West and help China re-negotiate the many unequal treaties signed with the western powers.Burlingame, known for his integrity and highest sense of right and wrong, immediately submitted his resignation to Washington and accepted the appointment to represent China. He was credited with the Burlingame Treaty of 1868 between China and the United States, which recognized the sovereign rights of China.In 1870, Burlingame died of pneumonia in St. Petersburg while negotiating with the Russian Czar on behalf of China. Less than a decade after his death, the United States began to renege on the terms of his treaty but that’s another story.Locke did not come from China; his father and grandfather did. Locke was born and raised in America. His qualifications to be ambassador come from his past service as governor of Washington and as Secretary of Commerce.Washington was one of the most active states in building trade relations with China, long before China emerged as a world economic power and predating Locke’s terms as governor. As governor, he was certainly engaged in those initiatives, and can rightly claim a leadership role.Then, as Secretary of Commerce, Locke has been one of Obama’s key players in the bilateral relations with China. He can certainly claim ample experience with, and knowledge of, ChinaHowever as the next ambassador, Locke will face some challenges that might be uniquely his because of his being an ethnic Chinese.In some circumstances, a foreign country does not always welcome a native born who has immigrated to America to return as the ambassador from America. Sometimes, such appointments are regarded as a put-down -- the psychology of “aren’t we important enough for Washington to send a real American envoy?”Locke is unlikely to encounter such a form of reverse snobbery because of the strength of his credentials and stature. Instead, the Chinese officials might expect more from him because of his presumed cultural affinity, than they would from a “real” American.Even for a Mandarin-speaking Jon Huntsman, the Chinese officials would never think of him as one of them, but looking at Locke, they might, even if his Mandarin is not as fluent as Huntsman, his predecessor.The Chinese officials may presume Locke to possess certain cultural empathy and can pick up the nuances and innuendoes that a white person cannot, and they would expect Locke to be more sympathetic to the Chinese points of view.Such a presumption would put Locke in a delicate position, since his duties and obligations are to represent America’s interests, not necessarily those of China. Inevitably, he will be called on to occasionally deliver hard-nosed messages from Washington, whereupon he would have to exercise his diplomatic skills to moderate America’s traditionally imperious approach.Locke also risks being challenged by select members of Congress and other Americans on occasions when they are having xenophobic fits. They might ask him whose side he’s on, a question that would never be asked if Locke were white.On top of all this, Locke is also becoming America’s envoy to Beijing in an era when the basis of bilateral relations is shifting from big brother/little brother to one of equals between peers.While America may not willingly relinquish its position as the senior partner, the reality suggests that the next envoy will have to. As holder of over a trillion dollars in American IOU’s, China expects to be treated with the respect of someone the United States is beholden to.The US-China bilateral relation has arguably become the most important in the world. As ambassador, Locke’s priority will be to enhance closer cooperation, despite the expected bumps on the road when the two sides cannot agree. Obama faces plenty of challenges for the remainder of his term in office, and he does not need China to be among them.Even though no other American ambassador to China had become a turned-around envoy from China since Burlingame, nearly all, since George H. Bush was appointed by Nixon, have returned from their posting to share their understanding of China with the American public and reject simplistic lambasting frequently indulged by Congress.Many became proponents and supporters of less confrontational and closer bilateral relations. Whether Locke’s term is two years or more, we can expect him to join the ranks of positive emissaries when he returns from China.George Koo is a retired international business consultant and a board member of New America Media. 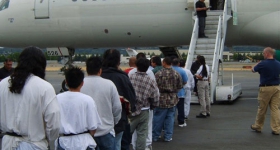 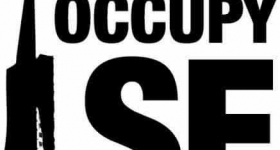 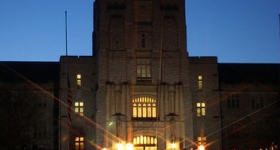