When I present at conferences about Asian Americans and mental illness, I try to give the Asian Americans + Mental Illness 102 presentation. A lot of mental health professionals get Asian American 101, where they're taught about how Asians face the model minority stereotype, and how Asians like acupuncture with their therapy, and how the Virginia Tech shooter was Asian.

It's important to stress that not all stereotypes are true, that not all Asian Americans teens are raised by parents who want them to go to Harvard Medical School. It's really easy to attribute Asian American mental health problems to the stereotype that our community stigmatizes the mentally ill or puts pressure on kids. As an Asian American, you wouldn't necessarily want your therapist's ability to be objective clouded because they read The Joy Luck Club or Battle Hymn of the Tiger Mother.

So don't tell anyone about this essay. Because in this essay, I partially buy into the Joy Luck Club and Battle Hymn of the Tiger Mother stereotype.

This essay is about a concept called cognitive distortions which was developed by Dr. David Burns in the 1970s. Cognitive distortions are exaggerated and irrational thoughts and beliefs. Everyone has them, but the extent to which you experience them and how you deal with them greatly influences your emotional health. Burns lays out "Ten Forms of Twisted Thinking." I summarize them below, with examples of stereotypic high school "Asian American" distortions that I've seen while growing up in a heavily Asian American suburb with a competitive model minority and college prep culture.

Some readers may recognize that you experience some of these distortions (even if they aren't as clichéd as the ones I listed above.) Other people may snort when they recognize how irrational many of these seem (good!)

With the above cognitive distortions, knowing "rationally" that they're exaggerations or untrue may not stop you from experiencing them and becoming upset.

If your cognitive distortions are impacting your ability to be happy with yourself or your quality of life, I would definitely recommend finding a therapist who specializes in cognitive behavioral therapy (CBT), an evidence-based best practice for treating symptoms of conditions like anxiety, depression, and eating disorders.

A lot of people who have never been to therapy wonder what it is like. With CBT, your therapist will speak with you and help you identify cognitive distortions that you are blind to, and help you "restructure" them into healthier beliefs. Essentially, your therapist is a coach who will help you learn to approach cognitive distortions in a healthy manner. If you feel under pressure, a therapist could also help you deal with other people's expectations of you, particularly if those expectations are affected by their own cognitive distortions. Most health insurance companies will cover office visits to a therapist at the same cost as a medical doctor, so it is worth looking into.

If you're intimidated by the thought of going to a therapist, you could also pick up either of Burns' books, The Feeling Good Handbook or Feeling Good: The New Mood Therapy. The covers are a little corny (you can cover them up, if you'd like) but the content is worth a read. The books also have information on how to handle other people's cognitive distortions, which can go a long way in helping you manage other people's (like your parent's) expectations for you.

In Part II, I'll write briefly about cognitive restructuring and how to untangle cognitive distortion. I'll find a better example than Asian American stereotypes, I promise!

Guest blogger Marissa Lee is an incoming Master's student in Social Welfare at UCLA. She currently serves on the California Mental Health Planning Council. See here for Part II of this post. 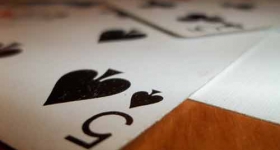 Sandy wrote on Thu, 05/26/2011 - 9:11pm
Thank you so much for writing this article. Just reading through these made me realize I fit most of these descriptions and I will definitely pick up those two books. I honestly about going to therapy, but I am a little unsure what to expect or whether it'll be helpful at all so I will start with your recommendations and go from there. :)
Beet wrote on Sat, 05/28/2011 - 8:50pm
Marissa, Thank you for this article but I tried CBT and it did not help me. It is usually recommended with SSRIs. I think it didn't help me because it was too shallow and simplistic. I was on CBT therapy for about 9 months, it was very expensive, but there were no results. Many people who face depression have real issues that they need to address and treating it all as a cognitive exercise doesn't really address those issues. To be fair, some issues can't be addressed by therapy, period. Nonetheless, it is important to recognize that CBT does not help everyone and an overreliance on CBT at the expense of exploring other methods of therapy may lead some patients to fall through the cracks.
MarissaLee wrote on Tue, 05/31/2011 - 6:24pm
Hi Beet, Thanks for writing in response to my article and sharing your experiences with CBT. I'm sorry you found it ineffective, but I'm also glad you tried it. Unfortunately, not all interventions work for everyone, and not all CBT clinicians are made the same. You're absolutely right that one should not be overreliant on any one practice. Clinical depression always comes hand-in-hand with cognitive distortions, and while it may be true that what you've termed "real issues" cannot be addressed or resolved via cognitive exercises alone, some of their cognitive distortions could be. (A very elementary example might be a person who is depressed because of the death of a loved one. While CBT cannot magically bring that person back from the dead--nothing can--CBT might help the person realize that he/she is not to blame. Likewise, for someone traumatized by a sexual assault, CBT cannot erase what happened, but might be able to help this person regain a sense of safety and self worth.) Challenging cognitive distortions may lessen the intensity of the depression or issues. There is a large body of evidence behind the efficacy of CBT. It is one of the more famous types of therapy and can help with a wide variety of issues. I hope that readers will at least consider trying it, whether with a licensed clinician or through reading a book at home. Recognizing cognitive distortions is an invaluable skill to develop--doubly invaluable if you have a mental illness that can impact your emotions or your perceptions. Rather than disincentivizing people from trying CBT, I hope that Beet's comment encourages readers to thoughtfully and open-mindly try a number of approaches until you find something that works for you. As AMMS wrote in last month's post about finding a therapist, sometimes it can feel like a major slog. There is no one perfect clinician or cure, but that doesn't mean you have no options--it means you have a wide number of options available to you.
Nancy Lim-Yee wrote on Wed, 06/08/2011 - 8:24pm
Thanks for sharing your interesting perspective on CBT, Marissa! I've been in the mental health field for the past 36 years and currently direct a children's mental health clinic in SF Chinatown. I am also a co-founding member of the Asian Pacific Islander Social Work Council of the California Chapter of NASW. Hope you will consider joining our Council if you are not a current member. Check us out at http://sites.google.com/site/apiswcgroup/home