We are proud to introduce our inaugural heroine, Samala.

C.M. Samala (known simply as “Samala”) is a community activist with a capital “A.” Name the cause, and she’ll be ready to tell you her well-informed thoughts on the issue. She’ll also share how both you and she can work for the cause together. But she’ll be leading the way, of course, because she’s probably more seasoned than you in community organizing despite her mere 30 years.

Indeed, “together” seems the operative word in Samala’s every undertaking. In her formative professional years, Samala worked as a consultant on how to use emerging technology and the internet to build and strengthen social change organizations. Today, her extensive background in technology connects people and their community work into one synergized social movement. Kinda like what would happen if all the Marvel Heroes merged all their superpowers together to form one mega-mighty superhero. Similarly, Samala has managed to link into a strongly cohesive and synchronized network her various organizational projects,, from tackling Asian Pacific Islander issues and fighting for internet freedom to saving the environment and celebrating diversity in the arts. With every step, Samala brings communities together.

Currently, Samala directs 18MillionRising.org (18MR), an API group founded last year to educate and mobilize communities around important issues affecting APIs, including immigration, racial justice, health, and civic participation. Her passion could not be more apparent from the urgency in her voice over the phone. “APIs don’t have as many people reaching out to them about political issues,” Samala says. “Less than half of APIs had any type of communication from political parties during election last year,” says Samala, citing Karthick Ramakrishnan of the National Asian American Survey. 18MR’s campaigns to date have removed racist apps from the Google Play Store, helped pass legislation in California to make voting easier for recently immigrated Americans, and reached 180K YouTube viewers with voter registration and GOTV PSAs (public services announcements).

“One of my goals is to engage individuals in dialogue and take high-impact actions,” Samala continues. “As members of the community, we need to identify what needs to be improved, speak and do something about it, and tell others about what we accomplished. I think those three things comprise the hard work needed for social change.”

She is also a staff member of 18MR’s fiscal sponsor Citizen Engagement Laboratory (CEL). CEL enables collaboration through technological innovation and fundraising among organizations led by people of color and other underrepresented communities. She also regularly participates as a representative of 18MR in roundtable groups hosted by Reinventors, a website that produces video discussions.

And there’s more. In her own time, she serves as the board chair for the woman-led digital social change organization called WiserEarth, an online vehicle through which global communities can effectively collaborate and share knowledge and resources to simultaneously achieve each other’s goals (Samala gave a recent example of a German citizen teaching a farmer in Jakarta how to use solar energy). She also advocates for internet freedom and media reform via Free Press, an organization dedicated to universal and affordable internet access, diverse media ownership, vibrant public media and quality journalism. When I ask her about what drives and inspires her need to work hard for social change, she shares her early experiences as a college student at the University of Pennsylvania, where she majored in Economics, Communications, and Fine Arts. At UPenn, she campaigned as Treasurer of the Penn Philippine Association for Filipino WWII veterans to receive benefits they were promised by the US Government. “It was something I hadn’t known the entire story of until I participated in the campaign,” she says. “My grandfather on my dad’s side was a general in the Philippine army and died for the United States, we think during the Bataan Death March. It was then that I realized how inequalities created by existing social systems were, and excuse my language here, fucked up.”

Samala also points to her birth in the United States as “a political act.” “[M]y parents were only supposed to come to the US for a year so my mom could gain work experience as a nurse,” she says. “[But when] Marcos declared martial law, my dad, being of strong political mind … made the difficult decision to stay in the United States.” This decision separated the family for a few years.

This view of her existence in the US as a “political act” is perhaps what also drives her staunch opinions on, and tireless advocacy for, immigration reform. “[Immigration] is a fundamentally American issue,” Samala explains. “It’s important to ALL Americans… Immigration reform will quite literally define who is American, who gets to become American and what America will be — what our nation will look like for generations to come. How we decide who gets to be American, and why they get to be American are some of the most crucial questions we can be asking ourselves as a society and country.”

Reeling from being so impressed and inspired by her commitment and passion for social improvement, I shift gears and ask Samala, who is also well-known as a DJ, about what she does for fun. And as could be expected, her more casual, social side is just as busy as her activist side. “I have only one true addiction and it’s music,” she says. “When I was five years old we had a very old stereo console that had a mixer, equalizer, amp and the whole thing. I have memories of me sitting in front of the stereo with the headphones plugged in and I would sit there for hours pressing record-pause-record-pause off the radio. It was one of the first ways I learned to use technology – how to create a tape.”

This Friday, Samala is helping Hyphen fundraise by DJing at Hyphen’s PJ Soiree at FAME (435 Broadway Street, San Francisco). She’ll be showcasing her eclectic musical tastes and spinning "whatever it takes to make the people move! That usually means a healthy dose of Golden Era hip hop, some reggae, an unexpected mash up or edit, at least 3 songs that everyone knows the words to and probably an M.I.A. song," she says.

In addition to DJing regularly at events, Samala is also a competitive athlete in several sports, including lacrosse, tennis, and surfing. And to truly unwind and relax, she practices her “lifestyle choice” of DIY projects that include recycling used materials to create new ones. “I made my old jeans into yoga bags, I make food from scratch as much as possible, I like to fix my own bike, and one time even made a bike for my partner, and recently helped build some earthen homes up in Mendocino county. I love making as much of my own stuff as possible.”

Although it’s exhausting to even try to figure out how she manages to carry off her many endeavors (or find time to sleep), hearing Samala speak about them has quite an energizing effect on me as I listen. In our long conversation, never did her enthusiasm and forceful sense of her convictions wane. Each sentence yielded a fascinating new discovery or piece of information for me to learn and ponder. “[My activism] balances me, keeps me grounded, and keeps me deeply connected to my communities” she says. “I’m acutely aware of the many wonderful freedoms I have in this country and I want to fight for the rights that I believe all people should have.” 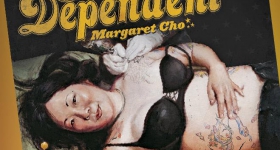 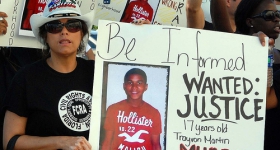 Is There Privilege in Being Asian American?