Not My Struggle: Motherhood, Feminism, and Women of Color

This piece, "I'm Not A 'Mother First'" by Jessica Valenti, dropped on The Nation a few weeks ago and has been making the rounds on the feminist blogosphere. In it, Valenti takes to task the idea of mothers claiming their identity as moms ahead of anything else -- the idea that if you're a good mother, you should want to claim your mom identity before claiming your identity as a lawyer, a feminist, an avid knitter, or a person who loves classical music. She posits the following:

Accepting this role without argument or critique also reinforces political inequity, assuring the powers that be that women can be satiated with political table scraps. If raising children is “reward enough,” there’s no need for paid parental leave or subsidized child care. “Fulfillment” becomes a stand in for structural support, parental joy for actual change.

I very much agree with this idea, but I also think that at this point, the arguments of whether we should identify as moms first or whether we want to work shouldn't even register as Women's Issues 101 talking points. Dwelling on this allows everyone to settle on a fight that has very little consequence in the broader scheme of things, and allows everyone to ignore the actual issues that mothers -- especially mothers of color -- have to deal with.

Make no mistake: I fully and proudly identify myself as a feminist. But motherhood is an area in which it's clear to me that even modern feminism still devastatingly shuts out and ignores women of color. I'm working with the broad assumption that many of us moms of color eventually come to understand that the "mommy wars" and the "I Choose My Choice!" arguments and the idea that any person -- woman or not -- could "have it all" are, at best, a white thing, and at worst, an argument designed to make all moms continually second-guess the things they do for their families by giving them the illusion of choice and free will. This "raising children is reward enough" bullshit largely doesn't even apply to women whose husbands don't make a certain amount of money -- Mitt Romney has said himself, "Even if you have a child two years of age, you need to go to work." (He did go on to say "It's better to have a parent at home," though, in case you were confused about his support of working moms.)

Personally speaking, the idea that a mom could even choose not to work outside of the home wasn't even something I knew existed until well into elementary school. I didn't even realize moms were "supposed" to do the housework until well into elementary school. Both of my parents needed to work to put the roof over our heads and the food on our table, and they also needed to share the housework and child-rearing to make that possible. And until I could be home alone by myself, they also shared that load with other people -- my aunts, my grandmother, and other parents. The idea that moms (or dads) could realistically have a choice, that there would even be a need for a woman to take pride in her role as a mother, literally didn't even register as an issue to me until I became a mom myself and realized people were silently judging me for things I couldn't really control.

Another thing to note: I'm also writing from the perspective of a mom who has already survived the baby period once over and have come to realize that the individual choices I made for my baby mattered less than the support I got from my family, my friends, my workplace, and the rest of my community. I worked full-time outside of the home with my first baby, and now work full-time in the home with my second baby, and see very little difference having to do with whether or not my child is being watched by me. (I'd argue that my younger one has much more anxiety around other people, likely because she spends so much time with me.) What matters more than whether or not I'm home, is having the means to provide nutritious food for my kids, having the means to provide them with a stable environment, and surrounding them with people who truly care about their well-being. This is work that I absolutely cannot do all on my own.

I'm only one mother of color so I know I can only speak for myself here, but the mom experience runs the gamut. Many of us work because we can't afford not to, full stop. We aren't choosing between "raising our kids" (as if, by working, we are not actually raising our kids) and some high-paying, high-powered career that we selfishly enjoy. We are choosing between paying the rent and being homeless. There are also some of us who don't work, and most often we aren't choosing "raising our kids" over sending them to some barbaric daycare. We are choosing temporary financial dependence and completely reliable child care versus income that's completely canceled out by a child care that may still require us to take unpaid leave and get paid even less (day care centers often don't take sick children, and the people who work there deserve days off too!).

I understand Valenti's point here, but as a woman of color, I think she's actually making a great argument as to why women of color should proudly and loudly identify has mothers. Why?

We are mothers before we are worker bees!

Really, what more needs to be said about how important fully present parenthood is that hasn't already been said? Children need to be raised. They need positive people in their life, people who will nurture them and teach them how to be upstanding citizens -- including male, female, and anyone in between or outside. That all of this child-raising should be done by the same one woman who birthed the children is an ideal for the white upper-middle class, and arguing that there's any real value in choosing whether or not to identify as a mother ignores the real fights that need to be fought. 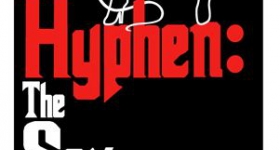 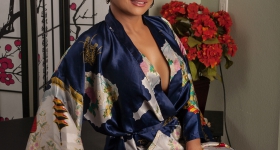 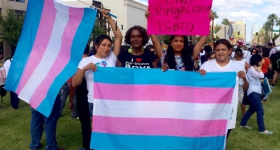 The Mommy Psych... wrote on Thu, 10/18/2012 - 9:25am
I certainly have my feet planted in both camps. I work at home and I stay at home and I do a bit of work out of the house. Where do I fit? Thanks for bringing this up. I examine some of the other errorneous assumptions of this "war" here: http://www.themommypsychologist.com/2012/04/12/mommy-wars-whose-job-is-m...