Last year, I was featured in the Hyphen print story “College Sex Columnists Under Fire” by Samantha Masunaga, which detailed my experience as a college student who blogged about sex. In my short-lived stint as a sex columnist at Pomona College, I often wrote about topics that were not only personal, but controversial, and Masunaga chronicled the responses I received, including the cyberharassment I thought had finally stopped.

But days after the article was published, I began receiving anonymous emails. They were always unsigned and untraceable, and they threatened my loved ones.

Hi Zoe...that pic of you holding the issue of "Hyphen" magazine was pretty funny...almost as funny as the rape charges pending against [my younger brother’s name] at [his university]...tsk-tsk, Zoe...if you'd only had the good sense to STFU...now your inability to keep your hole(s) shut will cause even MOAR collateral damage…

My chest pounded. I experienced nausea, roaring ears, blurring vision, panic. He was back.

Much of the activity around character slander on the internet falls under the euphemistically casual term “trolling.” But I can tell you this involves much more than just “not reading the comments.” Because I used to write about sex, I have been receiving emails like this for the better part of six years. And this time, he had taken it a step further by naming my little brother in his threats.

I knew what would follow: similar emails sent to the people he’d named followed by a flurry of intricately linked forum posts and hate blogs (a practice known as “Googlebombing”), until their names were as tarnished as mine. My cyberstalker would be methodical. And I had no way of stopping it.

When I started blogging in college, I anticipated blowback, anger, offended sensibilities and even rampant, racialized slut-shaming. I got all of it. I took every casually slung “yellow whore,” “slut” and “cunt” in stride. My blog was for women like myself — exploratory and sex-positive — and I figured the trolls would leave once they got in a few blows. For the most part, I was right: commenters on AutoAdmit, an Internet cesspool masquerading as a law school forum, wrote me off as a damaged, attention-seeking whore who would never get a job. And then they moved on.

But after graduation, I got a job at McKinsey & Company, a prestigious global management consulting firm. I had deleted my blog by then, but one harasser in particular was not finished with me. He started hate blogs devoted to me, posting the names and contact information of hundreds of people who worked for my firm, encouraging his readers to email my coworkers about me. He impersonated me on social media to harass my friends. He uncovered the identities of boyfriends, sending them anonymous, threatening emails while defaming them and their families on various forums. He wrote countless posts alleging I had STIs, mental issues and “sugar daddies” who paid my way through life. When his efforts to get me fired didn’t work, he spread rumors that I’d been fired anyway. He spammed the Internet with SEO-optimized lies.

It’s incredibly difficult to prosecute this type of behavior without a verified name. And my stalker is very good at hiding his tracks and exploiting weak cybercrime laws, which currently favor First Amendment protections over regulating harmful behavior. Legal scholars and activists — like Danielle Citron of the University of Maryland, who has a forthcoming book on cyberharassment — are advocating reform, but these are glacial processes. I’ve spoken to lawyers, cyber investigators, the NYPD and the FBI, all to no avail. Most people have a hard time understanding why a stranger is so committed to destroying me.

Before the troll, I wouldn’t have called myself a feminist. Sure, I wrote about sex, but at the time, it was simply an exploration. The Internet presented a thrilling liberation following my conservative Asian American upbringing, and even if I understood in college that my body was a political thing, I did so vaguely and all too optimistically. It’s ironic that only by being harassed did I fully come to appreciate the gendered structures of power I was trying to explore in my humble blog.

I believe the level of vitriol I’ve received is reserved for women who are validated by mainstream success and power. I think of the Duke University “freshman porn star” Belle Knox, or my friend Lena Chen, the Harvard College sex blogger also featured in Masunaga’s piece. My harasser only decided to wage war after I was hired at McKinsey. She must have fucked her way in. This is the narrative accorded to us not for having sex, but for accessing privilege. The intensity of hatred directed toward us seemed disproportionate and unfathomable until I realized that real power is at stake — we are cracks in the patriarchy.

Women like me, who question, subvert or take ownership over the commodification of our own bodies, threaten the patriarchal order that would relegate women to a carefully monitored, voiceless, powerless class. And our detractors take our transgressions personally: there’s no question about which of my hole(s) my stalker finds most offensive. Everything he has done, he has done so to take away real things he feels a “skank” cannot have: my job, my relationships, my future and my voice.

What makes my harasser especially powerful is his knowledge that people and their double standards are more inclined to question my behavior than his. He likely knows we Asian American women don’t tend to have liberal parents and radical workplaces. As the language in his emails makes clear, I’m to blame for his actions. If the people I love became justifiably outraged or frightened at being libeled just for knowing me (many were), they should direct their ire my way (many did). Collateral damage. Over the years, as I sat through meetings with my company’s legal department and apologized over and over to slandered lovers, my only thin comfort has been that he hadn’t been able to reveal the names of my family members. But since the article last year in Hyphen, that is gone now, too.

I used to wake up from nightmares, dread knotting my stomach, reaching for my computer first thing just to check what else this stranger had done in the night to make my life hell. I couldn’t sleep, I lost my appetite, I succumbed to severe anxiety and depression. Long after my indignation and anger gave way to defeat and cynicism, I realized my symptoms spelled trauma.

Women of color are uniquely acquainted with trauma, often experiencing daily microaggressions, sexual assault, domestic violence and the cycle of despair and resolve of intense social justice work. For those of us who grew up believing the world was mostly equal and good, perhaps it’s only a matter of time before we encounter trauma, before the disguised boundaries on our freedom make themselves known. And what’s worse than being shocked back into place — into living smaller, quieter and more fearful lives — is being told that we deserved it. Acknowledging my trauma feels like silent solidarity with others who have gone through this sad coming of age.

People ask me, just what did I expect, putting it all out there? I’ll tell you: I did not expect the experimentation of my college years to justify criminal harassment that continues long after I’ve tried to move on. (Laws vary by state and no charges have been filed, but in Massachusetts, where I live, his actions are criminal.) Those who think that I deserve my harassment operate on a parallel logic to those who blame rape victims: wearing a short skirt, drinking alcohol or writing about a sexual encounter are pathological behaviors that justify our violation.

To protect my loved ones, I stopped writing. To protect myself, I stopped fighting. I lost more than a blog, more than the privilege of connecting and communicating online, more than my faith in people, my writing abilities and my confidence. Thanks to him, I no longer feel free.

Six years is a long time to get to know anyone. I don’t know my stalker's name, but I know him. When I tell people about him, some murmur sympathetically, “he must be a pathetic-pimpled-fat-jobless-sexless loser sitting in his mom’s basement.” In the beginning, I might have agreed, but my understanding of him has evolved.

My harasser is educated and knows a few things about law and technology. He probably picked a major that would help him earn enough money to hide his deep-seated insecurities. He probably sat around in college playing Fuck-Marry-Kill with the names of his female classmates. He probably has a girlfriend, watches porn and sees his mom on the holidays. He doesn’t think he hates women, but he’s probably read The Game and thinks author Tucker Max and his raunchy stories are cool. I picture my stalker coming home from work and checking Reddit before idly Googling my name. He’s a little tired, a little bored, maybe drinking a beer or smoking a joint as he surfs the Internet. He sees this piece, turns on his VPN and uses a proxy email service, just to be safe. Tsk tsk, Zoe… he’ll write. Send. Easy.

Zoe Yang grew up in Boston, Massachusetts and agrees completely with Junot Diaz who said, "trying to defend Boston from uncool is like blocking a bullet with a slice of bread." She believes her hometown has a lot to do with her irrepressible need to stir shit up. Zoe recently moved to New York, New York to pursue an MBA at Columbia University. 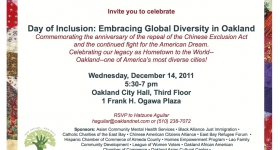 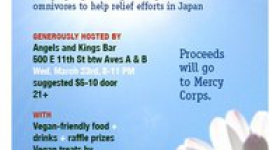