Tucked away near San Francisco/Daly City border and adjacent to a shopping mall with an Olive Garden, the campus of San Francisco State University seems innocuous at first glance. But the grounds upon which roughly 30,000 students trek to class on a daily basis are steeped in Asian American activist history that sometimes gets lost in the present-day hustle of a progressive, Happy Meal-free city.

The Asian American Studies department at SFSU was born out of the 1968 Third World Liberation Front strike, the longest student-led demonstration in US history. The strike was a multiracial, multiethnic movement that resulted in the creation of the nation’s first and only college of Ethnic Studies in 1969, with emphases in Asian American, Africana, Raza, and American Indian Studies. This is probably standard knowledge for most socially aware Asian Americans -- or indeed it should be in this day and age where Ethnic Studies programs are facing devastating cuts or outright closures. Creating access to culturally relevant higher education is as important as ever, 42 years after the strike. With Asian Pacific American Heritage Month upon us, there’s no better time to revisit SFSU’s Asian American Studies department and see how it’s continuing its legacy of community activism in 2011.

Perhaps I'm a bit biased. As a master’s student graduating this year from the Asian American Studies department, I wanted to pay homage to the program where I've spent the past two years challenging a brain that had been atrophying in a cubicle and where I've become a fitter, happier, more productive Asian American. Allow me to give you a personal tour. If you walk through SFSU’s Ethnic Studies building, you’ll pass by Professor Allyson Tintiangco-Cubales’s office, usually packed wall-to-wall with members of Pin@y Educational Partnerships (PEP), a program she founded that equips undergraduate and graduate students to bring critical Pilipino American curricula to K-12 schools and community colleges in San Francisco. Her expertise comes in handy as she serves as a consultant in developing the ethnic studies curricula that will soon be implemented in San Francisco public high schools. Arizona would weep in terror...

Across the hall is department chair Lorraine Dong, who contributed to the seminal documentary films Sewing Woman (1982) and Hollywood Chinese: The Chinese in American Feature Films (2008), directed by her brother Arthur Dong, an Academy Award nominee and SFSU alum. Peek around the corner and you might run into Laureen Chew who appeared in the Wayne Wang indie classics Chan is Missing and Dim Sum and is now the associate dean of ethnic studies. [Emeritus faculty member and author Jeffrey Paul Chan, editor of the groundbreaking Aiiieeeee! literary anthology, and current lecturer Irene Duller, the spoken word artist and former member of Filipina hip hop group The Rhapsodistas, add even more artistic cred].

If you have Asian American cinema questions, Valerie Soe's office is nearby. Soe, with fellow professor Russell Jeung, produced and directed the documentary The Oak Park Story (2010), which is still making the rounds on university campuses and in film festivals. The film follows Jeung, a former resident of the Oak Park Apartments in Oakland, and his diverse group of neighbors (including Latino immigrants and Cambodian refugees) who sued their landlord for the slum-like conditions of their building. Currently, Professor Jeung works with refugee communities from Burma in Oakland, organizing annual health fairs and performing needs assessments with the Burma Refugee Family Network.

Clearly, community involvement is a running theme among the AAS department faculty. Professors Ben Kobashigawa and Wesley Ueunten are active in Okinawan communities; Professor Isabelle Pelaud just helped organize and host the first San Francisco Diasporic Vietnamese Film Festival on campus, coming off the heels of the Southeast Asians in the Diaspora conference hosted by Professor Jonathan H. X. Lee; Professors Mai Nhung Le and Grace Yoo do extensive public health research on Asian American cancer survivors. Yoo has also brought an impressive list of Asian American politicians (including Leland Yee and Fiona Ma) to her classroom for Q&As with students about how policy and politics directly affect their communities. Want to ask a mayoral candidate about job creation or crime reduction? Just show up to class. Even in the midst of a budget crisis that has slashed funding and course offerings, the faculty and students persevere: students receive a critical ethnic studies education, activism is fostered, mentor/mentee relationships develop, and future educators are born. There’s something about an Asian American Studies class at SFSU that encourages the sharing of knowledge, critique, debate, personal experiences, histories, anger, tears, laughs, and quite often, food. It's an energy that I had never quite experienced before in a classroom setting, a place where one can follow up a summary of racial formation theory with a melodic "Heeeeyyyyy..." and the professor doesn't even bat an eye. In my time here, I’ve come to learn that the department is like a surrogate Asian American extended family. You can’t even begin to fathom how they are all related to you but you know that they’re scrappy and resourceful enough to support you when you need them.

And they won’t rub it in that they come from such an esteemed activist pedigree. Well, maybe a little. It’s okay. They deserve to. 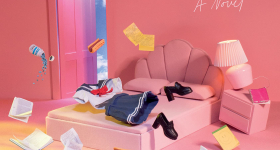