The adults on the tour bus interrogated me about American politics and culture: Could I explain the Black Lives Matter movement? What was my opinion on economic opportunities for Asians in Silicon Valley? Did I think Americans were fake because they were always smiling? Who was this Justin Bieber person?
Crystal Duan
March 19, 2018

Forty minutes into a cable car ride up the side of the mountain, my eyelids were fluttering. My jet-lagged body couldn’t stay awake, even while I was suspended thousands of feet in the air above the lush landscape of the Swiss Alps. When we stopped, I blinked and glanced lazily out the window. The fog had parted, revealing cliffs with their large, majestic shapes poking out of the whiteness surrounding them. One loomed in front of me, while to my right, the space between them revealed a steep drop.

I sat up, now wide awake, and climbed out of the bus. This was Mt. Pilatus. I was on a Swiss Alp just like I’d always imagined! Lucerne, Switzerland did not disappoint. What a time to meditate on its glory. What a time to thank God for all He’s done —

The opening note to a swelling chorus of Mandarin broke my reverie.

“Take a photo of me, husband!”

“So Switzerland isn’t as bad as I thought it’d be, haha!”

“Where’s the bathroom? Curse the Europeans, why do you have to pay?”

I looked behind me. The group of Chinese tourists I was with pulled out their phones in unison, chattering as they took pictures, oblivious to the eyerolls of white tourists around them. Behind me, Ms. Tong was looking up at the sky, her hands on her hips, her head tilted heavenward. “Would you look at that, child,” she exclaimed in Mandarin with a Sichuanese lilt. “Never thought I’d live to see the day! My son told me I couldn’t make it! Boy, was he wrong!”

I chuckled, and my irritation briefly subsided. On the trip, we’d termed Ms. Tong “Little Adorable” because of her size. The term was somewhat ironic considering she was one of the oldest people on the trip and by far the bossiest. But her small stature meant everyone had a certain protective reverence of her — never mind that she raised and sent four children to Ivy League schools. Now her retirement money was being spent on this European excursion. “What are you laughing at?” she said to me, putting her hat back on. “Your auntie is a rock climber, after all!”

There were scenes like this aplenty during the trip I took with my mother last fall. We hit 15 cities and 12 countries in 23 days with 23 other Chinese immigrants.

Mom, who knew I had never been to Europe but had always wanted to go, called me in the middle of class one day toward the end of my senior year of college. “Guess what,” she thundered. “I found a deal from e-Fly so we can both go to London —”

London had been my dream for so long. Maybe I’d meet a cute British boy at a bar or pop-up shop, and —

“We’re going to go to all those other places you’ve never been,” she said. “Amsterdam! Brussels! Rome! Italy!”

When my mom invited me on this trip the fall after I graduated, I knew it wasn’t just because she was lonely. She was trying to distract me during the break I had just decided to take by coming home to Portland, OR before I moved onto a job. I had been a bit depressed. And a European trip would be the perfect way for me to take my mind off things, Mom decided.

It was the kind of flashy, “good value” trip that made my Chinese American peers roll their eyes. Our parents were always gushing over trips like these, the most luxurious deals they could find from America-based Chinese travel companies who’d give you a tour of a continent for the price of two countries. The price? Eating mediocre Chinese food everywhere you went and hitting places at a whiplash pace. My Chinese school classmates and I were frequently nagged to accompany our parents on these month-long voyages. A trip on the Chinese tour bus was one of the most embarrassing experiences we could imagine. In America, straddling biculturality, we kids of immigrants were determined to avoid being seen as even more “foreign” in a very white landscape.

But I had to admit the Chinese tour bus intrigued me. My Mandarin was in the 99th percentile of “excellent for a chick who grew up here”; I was often mistaken for a native speaker by Mainlanders. Growing up, I’d paid extra attention to the Chinese dramas my parents watched, added Chinese pop songs to my iPod touch and learned various jeers to throw at my mother when I was angry at her.  My language ability was my one redeeming quality as a relative outlier in our suburban Asian American community; when I chose to pursue the liberal arts instead of working in tech, choosing a journalism program at a small Midwestern college instead of a Northeastern Ivy, at least I was able to defend my choices in Mandarin.

Knowing Mandarin would make being on the Chinese tour bus easier. More importantly, I had just spent four years in college feeling like an outsider. I had braved comments about my inability to beat eggs with anything but chopsticks, been asked by frat boys when I’d immigrated to the States. I was overdue when it came to my craving for validation from other Chinese people, and I also wanted to feel connected to other people in a way I’d often felt deprived of in Missouri. I knew that if I could survive seeming “too Chinese” to white people, I could survive feeling “too American” on this tour bus. Thus I joined my mother as we huddled at the London airport in late September, waiting to board the vehicle that would take us to adventure.

Most of the immigrant adults on the trip spoke very little English in their lives in California’s Chinatowns. In their presence, I was very aware of our cultural differences as well as my young age. When I sat with my face pressed against the window, probably looking like a bored teenager, I could sense everyone’s eyes on me. “Have you graduated school yet?” a woman named Ms. Wang asked me one day.

“I remember when my son graduated high school,” Ms. Wang said. “Are you taking a break before you go to college, then?”

I could only laugh awkwardly. Sometimes, on the bus, I would pretend not to hear as I desperately fumbled through my memory to translate the words directed at me. Other times, I would whip around, slyly grin back, and pretend I did understand.  This would cause the others to do a slight double-take and sometimes even smile.

I didn’t speak Mandarin with the same ease as English, but I still attempted to when I could, and the adults appreciated this. For the most part, I understood their cultural jokes with ease, even offering some of my own. I would raise my hand to ask the tour guide questions whenever there was a pause. As our team paraded through the Heidelberg palace, the canals in Amsterdam, the old home of Mozart in Salzburg, the bustling markets of Venice, the medieval French towns of Lyon and Buckingham Palace in London, the adults would interrogate me about my views of American politics and culture: Could I explain the Black Lives Matter movement? What was my opinion on economic opportunities for Asians in Silicon Valley? Did I think Americans were fake because they were always smiling? Who was this Justin Bieber person?

It was clear they had noticed these and many other aspects and nuances of American culture but never took the opportunity to ask their kids about them. It was novel for me to receive these sorts of questions. But perhaps it was more novel for them that I actually answered. The adults nodded along as I offered explanations. It occurred to me that this might be the last time I would ever be in the prolonged company of so many Chinese adults. Soon many of them were complaining to me about their last night’s sleep or exclaiming excitedly about the day’s activities to come — as if I were their own child.

On day 23, we walked around Versailles while our tour guide spoke French to the curators and Mandarin to our group. Lost in thought, I wandered into a forbidden part of the museum, away from the rest of the group. Just as I began to panic, looking around for the other members of my tour group, Ms. Wang appeared behind me.

“The rest are waiting up there,” she said, pointing to her left. She paused to gaze upon a portrait of King Louis XVI. Then she turned her small, sharp eyes on me. “Doesn’t it ever get lonely for you, living on your own for so long without a stable community that loves you?” By now she knew that I had moved five times since May 2016. Most on the tour bus had heard about my “liberal American dreams” — they knew I wanted to be a journalist; they had overheard my political conversations.

She began walking back toward the group without looking back to see if I was following. “You know, we also relate to how you left for a place that was foreign, culturally,” she told me. “We also came to America to make our dreams come true.”

I ran to catch up with her. “Do you think they did?” I asked.

She laughed. “Well, little girl, you have to keep revising them until you’re happy! I didn’t end up as a career woman like many women in America. But now I get to travel the world with my husband while my kids work well-paying jobs. It’s still a happier life than you would imagine!”

Months later, it’s this conversation with Ms. Wang that has remained with me. Sometimes I think about my American college degree, my ambitious American dream and all of my meticulous plans. And then I contrast those plans with the simple pleasure of the tour and being around so many Chinese people who accepted me — who were curious about me and my life, despite our language barrier.

They gave their perspective and experience to me as a gift, not an obligation. I, the aspiring journalist, had been questioned and interviewed by someone else for a change. Putting my story up for scrutiny made me rethink prejudices I’d once had about living a quiet, simple life as my parents had. It also made me question the pressure I put on myself to achieve, a feat that I’d once thought could speak louder than any language or cultural barrier with my Chinese American peers.

As it turned out, the real way to connect and receive validation from my Chinese elders was to let myself share freely with them. Perhaps this is a truth I could only have discovered on a Chinese tour bus. 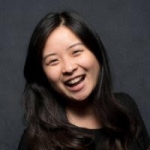 Crystal Duan is a West Coast-raised, Midwest-bred writer based in Los Angeles. She's been published in the Minneapolis Star Tribune, the Indianapoils Star and Bustle. You can find her on Twitter @duancrys posting about politics, Pad Se Ew or Nickelback. 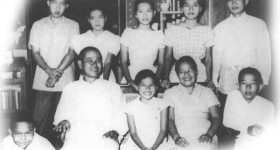