In the battle over Tucson’s ethnic studies program, which has been effectively outlawed when Arizona Gov. Jan Brewer signed HB 2281 into law last year, opponents of the program have been able to more or less hide their political agenda behind vague worries about the district’s Mexican American studies program. Not so now, say supporters of the ethnic studies program after an independent audit found that the programs are perfectly legal.Last week, Arizona state superintendent John Huppenthal ruled that the high school Mexican American Studies courses offered in the Tucson School District violated last year’s HB 2281, which prohibited school districts from offering courses that “promote the overthrow of the U.S. government;” promote resentment toward a race or class of people;” “are designed primarily for pupils of a particular ethnic group” or “advocate ethnic solidarity instead of the treatment of pupils as individuals.” The Tucson School District responded by calling for an administrative hearing to challenge Huppenthal’s ruling, the Arizona Daily Star reported.Huppenthal, who replaced Arizona’s new attorney general, Tom Horne, as state superintendent this year, ruled that Tucson violated the last three provisions of the law, and would therefore face reduced funding for flouting the state law. Under Huppenthal’s orders, Tucson has 60 days to shut down or revise the program, or face losing ten percent of its state education funds. However, the results of an independently run audit ordered by Huppenthal, and conducted by a company that Huppenthal selected, were released the very next day. The auditors found that the very same program is legal. The audit even concluded, “no observable evidence was present to suggest that any classroom within Tucson Unified School District is in direct violation of the law [Arizona Revised Statutes] 15-112(A).”“Huppenthal had already made his mind up, and even though [audit company] Cambium was the company that he hired and he and his administration chose, when the audit didn’t come back his way, he still had largely decided already what he was going to do,” said Deyanira Nevarez, the project director and spokesperson of Save Ethnic Studies, a Tucson-based group organized to fight the Arizona ethnic studies ban.Nevarez said that the contradiction between Huppenthal’s ruling and the findings of the audit only confirmed what ethnic studies program supporters had been saying all along -- that the effort to shut down the program was political.“He is completely lying about the program being illegal, and there’s absolutely no rhyme or reason as to how he made the connections.”Last week, the ACLU of Arizona also demanded the state make public the records of its evaluation of the program.“This law was deliberately written to enable the state superintendent to ban the Mexican American Studies program based on his own personal views and biases,” Daniel Pochoda, the legal director of the ACLU of Arizona, said in a statement. “By all indications, this is a political determination by Superintendent Huppenthal that is not based on an objective assessment of the program as the thorough review of the state’s own contractor clearly reveals.”Multiple Tucson ethnic studies teachers have filed a lawsuit challenging the law. They argue both that the classes are not out of compliance with HB 2281, and that the law itself is unjust and unconstitutional.“We feel no need to be in compliance with the law because that would be legitimizing a law that is unconstitutional,” said Nevarez. “We just think it’s a very interesting turn of events that an audit the state spent $110,000, that Huppenthal thought would give him the results he wanted, now said the opposite.”The audit found nothing objectionable in the Tucson Mexican American studies history, English, art courses, though it did issue concerns that some of the texts assigned to students might be a little advanced for high school students, and may be better taken up in college. The audit also found that, just as Tucson ethnic studies course supporters had said since before HB 2281 became law, those who enrolled in the program were more likely to graduate than their peers who didn’t, and also performed better on state standardized tests.“[Student] achievement is due to the sense of pride that develops through their accomplishments with highly effective teachers,” the audit found.In the tumultuous year since HB 2281 became law, the Tucson school district, which initially vowed to back the program, attempted to pass a resolution that would strip the program of its core credit standing so that students who took the classes wouldn’t be able to use them to satisfy state history and English requirements. Students stormed a district meeting to protest the proposed resolution.Save Ethnic Studies and Unidos, the student group that has been involved in organizing efforts, have vowed to continue to fight to protect the program. 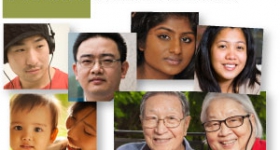