To register for the competition, send an email to alexis(at)vconline(dot)org with your full name, e-mail, phone number, camera model and type (DSLR or Point & Shoot). There is no admissions fee. This annual program showcases an eclectic mix of the best short films made by emerging and mid-career Asian American artists. Curated by Melissa Hung, founding editor of Hyphen, the festival features all genres including narrative, experimental, documentary, and animation and reflects personal and cultural issues of Asian Americans. More info here. In response to the Brooklyn Bridge Park Conservancy's screening of Breakfast at Tiffany's and its racist depiction of Mickey Rooney's character Mr. Yunioshi, Filmwax Film Series is presenting a screening of Dragon: The Bruce Lee Story, followed by an informal conversation. More info here.

The Smithsonian’s National Portrait Gallery and the Smithsonian Asian Pacific American Program have collaborated to mount the Smithsonian’s first major showcase of contemporary Asian American portraiture. Through the work of seven artists (including Roger Shimomura, CYJO, and Tam Tran) from across the country and around the world, the exhibition offers thought-provoking interpretations of the Asian American experience and representations against and beyond the stereotypes that have obscured the complexity of being Asian in America. The exhibition is open August 12 through Oct. 14, 2012. More info here. Huang Weikai’s one-of-a-kind news documentary captures the anarchy, violence, and seething anxiety animating China’s major cities today. As urbanization in China advances at a breakneck pace, Chinese cities teeter on the brink of mayhem. One man dances in the middle of traffic while another attempts to jump from a bridge before dozens of onlookers. Unshowable on China’s controlled television networks, Disorder reveals an emerging underground media, one that has the potential to truly capture the ground-level upheaval of Chinese society. More info here.

Museum of Chinese in America (MOCA) Charlie Chan, a fictional Chinese detective played by white men on the silver screen, captivated American audiences for decades with his fortune cookie one-liners and is today seen as a yellowface relic. In  Charlie Chan: The Untold Story of the Honorable Detective and His Rendezvous with American History, Yunte Huang attempts to recast the maligned icon. Moderated by novelist Ed Lin. Part of the Asian American International Film Festival (AAIFF). More info here.

Carnelian by the Bay at Ferry Plaza, San Francisco The largest celebration of Filipino Americans in San Francisco is back and features the return of the popular Adobo Cook-off and balut eating contests, Filipino cuisine and desserts, cultural exhibits, and the 3rd Annual San Francisco Filipino American Jazz Festival. Experience the best of Filipino art, dance, music and food.  The Pistahan Parade will take place Saturday Aug. 13 at 11 a.m. More info here. The 38th Annual Nihonmachi Street Fair takes over San Francisco's Japantown for a  weekend of cultural and artisanal showcases. The fair celebrates the diverse API communities in the Bay Area, and the Nihonmachi Street Fair is dedicated to the people of Northern Japan and the many volunteers helping with the relief efforts. More info here. The Hong Kong Dragon Boat Festival in New York is an annual sporting and multicultural event to celebrate the fifth moon (or the fifth month) of the lunar calendar. In addition to providing audiences with traditional Chinese foods and performances, the festival hosts over 120 dragon boat teams from across North America, making it one of the largest dragon boat festivals in the United States. More info and schedule here.

Beyond Billboards: Attacks on the Reproductive Rights of API Women

Billboards with racially inflammatory language have appeared in Oakland, Atlanta, Chicago, New York, and Los Angeles. The billboards are part of a strategy connected with introducing race and sex selection abortion bans and focus on the myth that abortions occur because of the race of the fetus.  Once legislation is introduced, the focus shifts to sex selection, and xenophobic language is used to alienate Asian American communities. Join National APA Women's Forum (NAPAWF) staff and chapter leaders from Los Angeles for a discussion on the impact of race and sex selection abortion bans and other attacks on the reproductive rights of API women.

Teleconferencing information will be provided with RSVP

Kollaboration Seattle Film Festival will be the first attempt among all Kollaboration cities to broaden the APIA filmmaking platform. The festival attempts to provide a fun experience for filmmakers of all kinds of background and expertise in the Northwest region to create a short film featuring Asian American talents on screen. Competitors will be given a character, a prop, and a line to create a maximum seven-minute short within three weeks’ time. The top 10 finalists will have the opportunity to see their films at the Kollaboration Seattle Film Festival held on September 14, 2011 in downtown Seattle. The final winner will receive the Adobe Creative Suite 5.5 Production Premium and also have their film screened at Kollaboration Seattle’s main show. Anyone is eligible to enter as long as at least one person from each team attends the Kickoff Event and deadline on Sunday August 14th. More info and guidelines here. 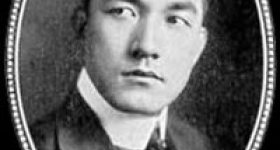 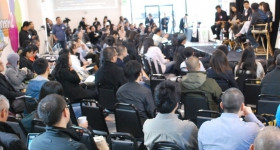 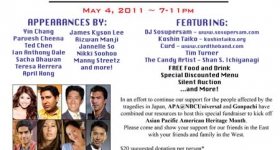