On September 11, 2001, Hyphen blogger Theresa Celebran Jones' cousin, Carl Allen Peralta, died during the attacks on the World Trade Center. In the following account, she reflects on her and her family's loss, and her struggle to come to terms with the political consequences of 9/11.

I spent the entire morning of September 11, 2001, frantically attempting to make contact with my cousins. My mom and I had moved to Southern California the year before, and most of my family was on the East Coast, a chunk of them clustered in NYC. Many of them worked in Lower Manhattan. We were all logged into a private messaging chat room set up every weekday morning, as usual. Normally, we used the space to chat throughout the workday, but that day it was a touchpoint for us to give and get updates on the off-chance that one of us made it through to someone in NYC on a cellphone.

One thing I remember for certain about that day: My mom had come home early from work and held me as I broke down. I was not a sensitive crier by any stretch of the imagination back then, especially not in front of my mom, but I cried that day simply out of confusion. I was 18 years old, going through an event that I knew was screwing my family over as it was happening, and I had no idea how to process this information.

Cousins gradually made contact throughout the day, many of them having to find their way back to Staten Island on foot. By the end of the day, everyone had made it home, except for Al-Al. We kept hope alive overnight. Many of my family members drove in to Manhattan the next morning from all parts of the Eastern Seaboard to put up Missing Person posters. But the hours turned into days, and the days turned into weeks, and our chances of finding him alive grew slim.

My cousin, Carl Allen Peralta, worked for Cantor Fitzgerald, located on the 104th floor of the North Tower of the World Trade Center. "Al-Al," as he was known to all of us, died on the morning of September 11.

I want to be upfront and mention that I’m slightly uncomfortable talking about this. I post a memorial to him on every anniversary, but I try my best to be clear that it’s not my intention to co-opt my loss as a means to add drama to my own story. While 9/11 has doubtlessly affected all American lives in myriad ways, I know that many of my friends are a little further removed emotionally, and a number of them have told me that they like to think of my cousin as the person they “remember” on that day. I don’t know how to feel about this.

I can’t even lie -- Al-Al and I had about a decade between us in age, so we weren’t very close. There isn’t much I remember about seeing him at our family events, except that he was a nice guy, and popular among my cousins. His loss no doubt affected other family members much more deeply than me, but I did feel that I missed out on my chance to get close to a great person. Ironically, I got to know him better through the annual golf tournament in his honor; the fact that my family only ever buys Miller Lite beer because that was Al-Al’s favorite; and his beloved watch that was found in the rubble. I got to know him through the various ways my family celebrated his memory, when it was already too late.

Losing him has also affected my place in my family -- the conversations I’m willing to have with them, and the connections I’m able (or unable) to make with family members I was once close to. We had always been on opposite ends of the political spectrum, but not long after 9/11, civil political conversations would quickly devolve into screaming matches. Our beliefs on everything -- from immigration policy to how close our family should be -- became more emotionally charged, and these political conversations eventually shattered the safe container I found in my family. I no longer felt supported or free to be myself around many of them.

For a long time I resented them and ignored that it may have been because they were so deeply affected by losing Al-Al. I’d managed to forget the many ways they’ve supported me and provided a safe space for me -- from partying in high school to breaking the news to our elders that I was pregnant and not getting married soon.

Being particularly sensitive, I eventually learned it was best not to engage in certain conversations, to say simply, “I’m not having this conversation with you,” and walk away while we could still laugh it off. But the cousins I was closest to (and one uncle) love to push those buttons. It’s been an ongoing struggle for me since then to find the happy medium -- a way to stay close with my family and show them I love them while still feeling secure in myself. Right now, physical distance works best. I try to keep in regular contact with them, in the event that we face some other sort of disaster.

So much still angers me about what’s changed since 9/11, from the Patriot Act, to the growing anti-Muslim sentiment and xenophobia, to the completely ineffective security theater at airports around the country -- the very subjects my family members and I completely disagree on. But 9/11 also showed me how a huge family could be so affected by one loss, how widely that loss would reach, and how deeply it would resonate. And if there’s one thing I learned from 9/11, it’s that life is too damn short to hold a grudge against the people you truly love. 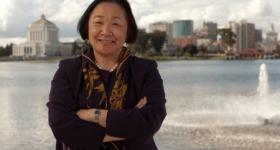 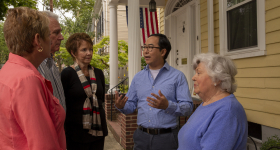 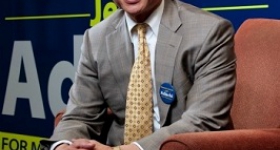