Photo from the documentary Hurray! Hurray!

This is an abridged version of an article originally posted at Mubi.com.

“Cinema with Us” was the title chosen for the special program of screenings at the recently completed 2011 Yamagata International Documentary Film Festival on the topic of the March 11 Great East Japan Earthquake. For the many audience members who live in Japan’s northeastern Tohoku region, the disaster still looms large.

Yamagata-based festival director Takuya Takahashi said that unsolicited submissions documenting the disaster began arriving at the office soon after the quake. In total, twenty-nine films were selected for the "Cinema with Us" program. Asako Fujioka, director of the festival’s Tokyo office, also chaired the special symposium “Facing the Earthquake -- Filmmakers" featuring the directors of those documentaries.  This article looks at three films from the special "Cinema With Us" program, and also introduces some of the issues raised about those films during the subsequent symposium.

In Hurray! Hurray! Yamada: The Cheerleading Club of the Hosei (Fure fure Yamada -- wasurenai tame no eizo kiroku), director Miki Shigenori follows a Tokyo high school cheerleading team as they visit their sister school in the tsunami-struck town of Yamada in Iwate Prefecture. In the first section, “A Record of Memories Not to Forget,” the camera focuses on the performers, largely resisting the urge to dwell on the faces of the refugees. Responding to a raucous Japanese take on “Yankee Doodle,” the applause is reserved. In the second section, a collection of interviews with the young performers entitled “What They Thought,” one student admits that the club struggled to find an appropriate volume for the performances.

Lives After the Tsunami director Shuichi Morimoto said that initially he had intended only to document his own journey, but an increasing sense of guilt compelled him to begin to approach survivors. In his film, a taciturn man encountered at an emergency well seems to accommodate the sudden intrusion. As he hesitatingly reveals details about his lost son, grief quickly turns to anger towards the town mayor. “You can't just pop in to the areas that are okay, shake the hands of some evacuees. You have to come and see the worst of it.” Arriving at the gutted shell of a primary school, Morimoto surreptitiously films bereaved parents as they clear out a child’s locker. “Please don’t film us,” the woman politely asks. Morimoto turns the camera toward a nearby mirror, but the gesture comes too late. Photo from the documentary 311

In the film 311, Mori Tatsuya, Yasuoka Takaharu, Watai Takeharu and Yoju Matsubayashi hop in a car together two weeks after the disaster, compulsively filming each other as they go. They claimed that they had not planned on making a documentary, but simply decided to go to see the disaster zone “with their own eyes.” Upon arrival at the tsunami zone they trail the recovery effort, twin cameras peering through the rubble trying to catch a glimpse of the unseeable dead.

At the "Facing the Earthquake" symposium, by way of justification, Tatsuya vividly described his participation in terms of his own deteriorating state of mind. Depressed in Tokyo, two weeks glued to the television, suffering from “a fictitious post-traumatic stress disorder.”﻿ Pressed on the ethics of these scenes, Tatsuya assured the symposium audience that “when we shot, we were aware of our position as the aggressors.” Yasuoka Takaharu’s comment was frank: “I felt like a hyena, waiting for bodies to shoot.” Fujioka relayed the response of an angry Tohoku audience member who attacked the film’s egotistic conceit: “This is not about us, it is something you created out of your own head.”

The many unresolved problems raised during the symposium were a reminder that new perspectives will emerge from the disaster zone, and Takahashi said that late entries would be curated and later screened. He and Fujioka have also discussed producing an edited version. Perhaps most importantly, these films mark the beginning of a new archive, a challenge to documentary criticism and an important locus for future research.

Jamie Morris is currently a graduate student studying media, music and culture at Tokyo University of the Arts. Originally from New Zealand, he sometimes forgets where he has been or where he is going, so he keeps an updated resume and a photo blog at jamiemorris.co.nz. 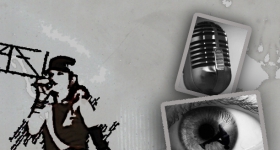