I enjoy that everyone is clasping their hands with glee in this shot.

Okay, you guys? I think I love Beverly on Top Chef. She revealed yet another self-motivational note, this one a typed up page reading "Congratulations Beverly Kim, you are Top Chef." She also landed in the top on the rattlesnake Quickfire despite not knowing how to cook the snake meat and creating a dish with some "chew" to the texture, as she described it. She was on the winning team (along with our guys Paul and Ed) for the quinceañera elimination challenge, earning high praise for her beef short rib asada with piña kimchi. That kimchi, by the way, is the "brand with a lady on the front," which I'm wondering about. Is it this one? I never buy kimchi in a jar because my mom's is amazing, but there's a possible tip for you kimchi fans out there who aren't as lucky as I am. And finally, Beverly cried during the birthday girl's father-daughter dance because it reminded her of her relationship with her own dad and her attitude that she "can do as much as a son would do." Heartbreaking, right? Call me a Beverly fan. Beverly NEEDS to share some of those short ribs with me.

One bummer of a note: being from Austin, Paul was eager to show off his skills with cooking rattlesnake, a protein that was foreign to most of the chefs. Disappointingly, he actually landed in the bottom of the Quickfire because the meat was "lost in the dish." Ouch! Well, Paul's already demonstrated that he's got skillz, so I'm sure he'll redeem himself soon. Still, his buddies at home must have given him a hard time about that one.

Young pulled a third win on Work of Art for the wall art he collaborated on with Dusty. The two men did mirror image, large-scale self portraits of their faces in profile, with a back-and-forth conversation that showed the parallels of losing one's father (Young) and becoming a father (Dusty). At the center, both sides shared a single speech bubble: "It changes you." A neat concept both visually and conceptually, though I could have done without the repeat of viewer participation (people could walk up and write/doodle on the wall of the mural). The stairs, open speech bubbles, and random scribblings were a distraction for me and too much of a retread of Young's Prop 8 piece in which viewers could write on the back. Still, I'm happy for the duo's win, and I'm kiiind of jealous that Young has now won $35K between last week and this week. That's gonna be a pretty sweet trip to Korea for him and his mom. Bah, the chalk writing takes away from the coolness of this.

Sara also landed in the top along with her partner Kimia for their wall piece on immigration. Sara identifies as a first generation Canadian Filipino and Kimia identifies as first generation Iranian American (there is some confusion about what "first generation" is; it appears that both women have immigrant parent[s] and were born in Canada/the United States. Technically, this is "second generation"). They created two large figures: one representing "the Man," yanking forward the second figure representing families with pulled-up roots. The judges were impressed with their use of scale, but they agreed that the piece was better from far away than it was up close. To me, this one would have been a more interesting site for viewer conversation, but I'm also fine with moving away from that bit of gimmick completely. I can't get over the freaky butt on the alien Man guy.

Those wily Survivor editors tried to convince us that the old Savaii members weren't complete post-merge toast with a last-ditch effort by Albert to get Edna ousted.The seemingly half-assed ploy didn't work, but it did draw the observation that "Edna is so far up Coach's butt it's ridiculous." Yeah, now you have to live with that visual too. Edna's probably not long for the game, so you might not be reminded of that image for much longer... Don't turn your back to those schemers, Edna!

PHEW, the Dartmouth Aires made it to next week's Sing-Off finale after landing in the bottom two again. Was I holding my breath for the last two minutes of the episode? Maybe. The boys did a fun master mix mash-up of Lady Gaga's "Born This Way" and the Rolling Stones' "Sympathy for the Devil." For judges' choice they performed "Shout" by the Isley brothers and got slightly dinged by the judges for putting too much energy into jumping around and not enough into staying on-key. Fair enough. They got one last chance to wow the judges with a snippet of a past performance, and they obviously went with their truly astounding Queen medley. Is that what pushed them over to safety? I don't know, but I'm votin' for 'em. You can do the same (or vote for someone else, of course) right here. With every new episode of The Walking Dead, I hesitantly hope that Glenn will continue to do some heavy lifting, plot-wise (far preferable to doing literal heavy lifting of waterlogged, disgusting well zombies -- hi-ohh!). That he's in so deep with Maggie (secret sexy time, knowledge of the barn full of walkers) and Lori (only one who knows about her pregnancy) gives him plenty of opportunity to move the storylines along, but this week was all about secrets coming out into the open. Unable to lie (or play it cool, as we saw last week), Glenn told Dale about the walkers in the barn. It turns out they all used to be the farm residents' loved ones, and everyone's hoping for a cure. Still creepy, I say.

Trying to be supportive but seeing how freaked out she is, Glenn very sensitively encourages Lori not to make a decision about the baby on her own. That situation becomes unwillingly resolved when Rick confronts Lori about the secret pregnancy when he finds her...

...morning after pills, secured once again by Glenn. This pharmacy run with Maggie doesn't go as well as the last one, since they encounter a walker while on the hunt for Lori's supplies. Maybe this will convince Maggie that the whole "let's hang onto our zombie relatives until they get all better" thing isn't such a hot idea? Nope; it leads Maggie to angrily confront Glenn about why he's the group's lackey (good question) when he's brave (definitely), a good leader (umm...well, I guess he did rope the aforementioned water zombie) and smart (I ... don't think that Maggie's seen any evidence of that? If anything, he came off as kind of dumb with her when he shyly flubbed communications and nearly got them caught with his clumsy dinnertime note-passing). Maybe I haven't been paying attention, maybe Maggie's just trying to say nice things to boost Glenn's spirits, or maybe we're to assume that things happen off-camera when we're not watching, but I was a bit perplexed by the vehemence with which Maggie told Glenn to grow some balls. Maybe her fierce kiss immediately afterward explains the scrambled thoughts in her brain, but I felt just a tinge of "Asian guy's gotta be 'smart,' eh?" at that line. Don't get me wrong -- WE know Glenn's got smarts. But I don't really see how Maggie knows that. Did I miss something? 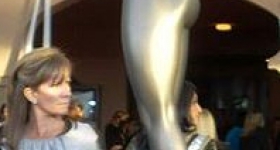 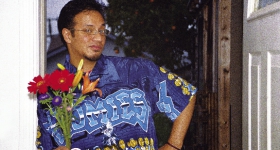