But despite my efforts, I wasn’t always seen.

Growing up, Asian men had always been mysteriously absent from gay movies, books, and flyers. A sneaking sense of invisibility followed me into the bars, where I seldom blipped radars. Older gay men were quick to remind me that they “don’t do Asians”, or that “no one wants a squishy gook”- all testament to the fact that my race precluded me from love, and the validation and community for which I yearned as a teenager.

Early on, it became quite clear to me that I had escaped the closet, only to embrace a different breed of isolation. And what hurt the most, wasn’t the rejection itself, but the feeling that this alienation went so casually unacknowledged by the rest of the gay community.

My first time in drag, the world changed. I was 15. It was a late weeknight, and the 18th & Castro intersection was desolate, save for a small florist’s shop. The florist, a particularly handsome bear, was hosing down the sidewalk. I stopped. He looked up. I looked up. And without thinking, I said “have a good night”, in my usual baritone.

I remember his face bursting from astonishment to delight, as he bellowed a deep-bellied "Ha!" I was electrified. At once, I had become completely visible and legible to him. That was the raw power of drag. I had become a shock value shotgun. That night, I scampered home, still smoking from his gaze.

The drag universe has undergone a similar makeover, thanks to one shining star.

The cosmo in question, Kim Chi, is a 7' tall South Korean self-proclaimed "live action anime character and high fashion model", who's unparalleled artistic genius was no secret when she first hit the stage of RuPaul's Drag Race this season.

Kim Chi has been internationally lauded for her bold, high concept artistry, and arresting Leigh Bowery-esque looks. Kim Chi was recently selected as a season 8 finalist, along with NYCs coveted comedian, Bob the Drag Queen, and fishy sweetheart, Naomi Smalls.

Her journey, however, was far from seamless. At the onset, she seemed to check every box of a castable Asian TV personality: awkward and culturally alien, with a thick lisp and dance skills reminiscent of someone with “two left feet and vertigo”, to directly quote Bob the Drag Queen.

Within the first two episodes, judges, past winners, and fellow queens had gratuitously used the term, "anime" to describe her ensemble. Moreover, Judge Michelle Visage’s reductive declaration, “you’re just a total nerd," on episode one, didn’t do much to undermine the archetype.

Regardless, no one could deny Kim Chi's clear visual prowess. Evident in her every look was an imaginative, otherworldly spectacle. As such, her talent has afforded her a power and social currency in the drag world that appeared almost at odds with her other attributes. Her drag made her special. And America was watching.

As Kim Chi opened up about her past, she gained some much-needed dimension. As a former 350lb “weird art kid”, she recalled strangers refusing to sit next to her on the bus. She confessed that she continues to hide her drag identity from her mother, whom she is determined not to disappoint. And when asked about her sex life, Kim Chi revealed that she was still a virgin.

Kim Chi’s confessions were both powerful, and absolutely terrifying for me to witness. There was so much raw shame in her story, I feared the world would add it to her pile of other ill-fitting attributes: the lisp, the nerdiness, the poor dance coordination, to complete the usual unfortunate Asian caricature.

Instead, Acid Betty admitted that she had been hitting on Kim Chi since the beginning of the season. “She’s not aware that she’s a good-looking 6’4 man,” Bob the Drag Queen added. “You gotta own that.”

These exchanges were so earth-shatteringly radical for television. Not only was a queer Asian American man actually being sexualized and admired, but the show also extended a rare compassion to her experience. These sincere moments continued to crop up organically and unexpectedly throughout the season.

In the “Shady Politics” episode, the queens were challenged to create their own presidential campaign ads. While the other queens took the comedic route, Kim Chi took the opportunity to get real. She exceeded expectations by referencing the expression “no fats, no femmes, no Asians”, and openly identifying with all three categories. This struck a chord with RuPaul, who reminded America of the casual bigotry perpetuated by the gay community.

Notably, Kim Chi's most powerful moment was in the latest “The Realness” episode, when RuPaul asked her what advice she would give her younger self. To this question, Kim Chi broke down in tears. Through violent sobs, she courageously shared her past considerations of self-harm and of running away, of feeling lonely, alien and marginalized. “Things will get better,” Kim Chi promised herself.

RuPaul responded by telling Kim Chi, “You didn’t just get better. You got FIERCE.”

At this point, it appeared as if everyone paused to hold Kim Chi in their gaze: to reflect on how the different spheres of her life have denied her space, by validating that pain. For me, RuPaul’s words represented a kind of primordial ushering into the queer family: a long-overdue “welcome home” for which queer Asian American men have been waiting.

As we gear up for the Season 8 finale, I can’t help but reflect on how Kim Chi got to where she is today. While she began the season a “total nerd”, her undeniable talent forced viewers to see her as being more than a stereotype. RuPaul held on to Kim Chi because of her exceptional artistry. In return, Kim Chi’s presence has metabolized the Asian American experience for the queer community. She showed everyone how she has been denied space in her family as a Queer man, and how she has been denied space in the gay community as an Asian American man. Had it not been for her extraordinary drag, she would not have been afforded the privilege to share with the world the comprehensive, complex queen she is.

While the drag world has stepped forward to honor Kim Chi and her struggles, the larger gay community has yet to follow this example. As a 27-year-old Queer Asian American drag queen, I continue to experience bigotry in the gay community. I am still regularly confronted with “No Asians” disclaimers and dismissive, bigoted jokes from other gay men. What was once a sneaking sense of invisibility, I have come to accept as the gay community’s cultural mores.

I am so proud of Kim Chi for everything she’s accomplished. But it is not enough for us to celebrate and humanize one Asian American for her exceptionalism. Instead of applauding Kim Chi for her overcoming marginalization, the gay community must assume accountability for the ways it perpetuates this marginalization in the first place. It is time for my community to see and appreciate all of us, with or without our makeup.

In light of last week’s episode, I want to tell my 15-year-old self that no matter how lonely, isolated, and disappointed I feel, that one day, my community will allow me the individuality I deserve. I want to tell myself that I do not need to wear lipstick and mascara for my community to see me at all. I sincerely hope that Kim Chi has brought us closer to realizing this vision. 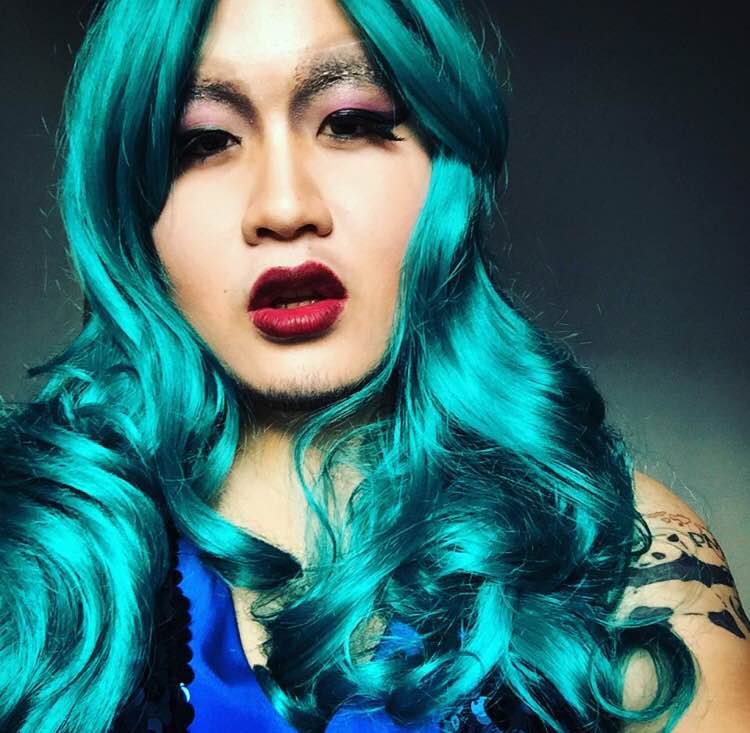 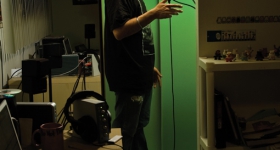 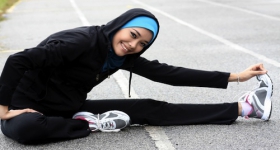 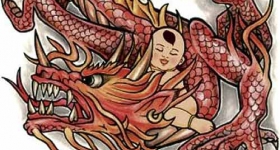