Seeing comedian Mark "Zhangster" Zhang perform, one gets the sense the stage is like a second home for him -- he's witty, fast-paced, energetic, and confident. So it may be surprising to hear about his late start in comedy.

"It's funny, even when I was in high school, I just really felt like it was something I wanted to do, but it wasn't even something I did," he said. "After I left a relationship, I thought, 'I have nothing going on in my life comedy-wise,' so I just did it. It's kind of scary -- who wants to go up there and make a fool of themselves?"

The risk paid off. Seven years later, Zhang has carved a name for himself as a leading Asian American comedian. He's performed at venues worldwide, and he was a finalist in the San Francisco "Walk the Plank" Comedy Competition and at the Northern California Improv Comedy Competition. He's also appeared on Comedy Time TV and Last Comic Standing on NBC. He recently released his first DVD, Zhangster, and next month will embark on the "Zhangster Furious Comedy" tour.

Despite his success, Zhang isn't completely immersed in the comedy scene, saying that he doesn't follow his fellow comedians as closely as others might.

"I've never paid too much attention. There are pros and cons to it -- you see and watch what other people are doing and you get an understanding of what's going on in the comedy community, but the bad part is that you lose your own creativity, and your style becomes similar to the people you watch," Zhang said. "I do whatever is comfortable for myself. Comedy is like music -- the tempo, the pace, the sharing of the energy between you and the crowd, the flow."

One of Zhang's biggest motivations is to change the image of the stereotypical Asian American. Along with Bradley Lum, Zhang was one-half of the comedy duo The Cocky Asians, a group that sought to reshape the perception of Asian Americans (as of now, Lum and Zhang are focusing on their own projects). Zhang's comedic approach to combating social and racial topics is often described as "fighting ignorance with ignorance" as he pokes fun at issues like Asian American stereotypes and UCLA student Alexandra Wallace's racist rant.

"A lot of people don't know what Asian American entertainers can do. I usually experience that people don't think that we [Asian Americans] aren't funny -- there's this perception of being reserved, geeky, soft," Zhang said. "I try to present a strong male voice."

"We cannot expect other people to understand us if we cannot teach them what to understand," he continued. "If we don't put ourselves out there and send out those images, people are going to continue to go by that image until it's altered. We don't always have to be the image that the media puts out of us."

Mark "Zhangster" Zhang will also be in San Francisco on Dec. 13 at the Punchline Comedy Club and in San Jose on Dec. 15 at the San Jose Improv. 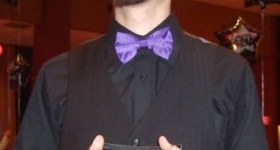 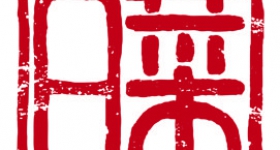 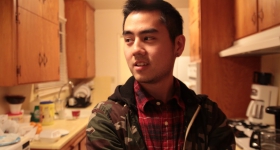