Contrary to its title, Shabnam Piryaei's first poetry collection comes on heavy. Don’t be fooled by the reappearing motifs of eggshells, eyelids, and feathers; there is nothing brittle about the emotions in these poems.

Take the opening stanza of “partition,” one of my favorites in the book:

between us
distance births chills
one after the other
tremulous chains
bondage for a lamenting ghost.
we speak over her body
phrases that don’t meet
the wrong ends brushing and repelling
like unfortunate magnets.
yes
deep down
the foundation is stable.
far far down
there is a cavern, a river, a beating heart.

Here the speaker takes us literally under ground to explore the traumatic cleavage of Partition. We are reassured by the past somehow, that beneath “tremulous chains” and “wrong ends” of “distance” and “births,” “the foundation is stable.” In her best poems, Piryaei does this kind of work -- making grand traumas as intimate as our daily separations and heartbreak.

The book’s two sections are divided by form and style: the first comprises formally conventional poems; the second, hybridized poem-stage directions -- perhaps the basis for more of the author’s short art films. I find the initial group more successful, both in terms of originality and the fit of ideas to form. Readers who prefer spare poetry in the “plain style” may find some language and concepts over-embellished. For example, in the poems “paper confessions” (from section 1) and “soon” (from section 2), “regret,” “guilt,” “Fear,” and “Dream” are personified and juxtaposed against lines such as: “the disappearing woman in the hospital bed / no longer seeks refuge in her wet heart.” and  “<Dream begins undressing. Fear does the same, still shaking uncontrollably. When they are completely nude, they advance toward one another and the lights go down.>”

The work is stronger where the poet plays with and deconstructs the quotidian. She does this well in “interrogation,” which shifts from objective narration to the victim’s perspective on “a world / hatched in a song” where “a man shrieks / where are my legs / give me back my fucking legs.” I like the not-too-serious poem “love song” for similar reasons: a woman named Dolly is on her porch, drinking her way through a cooler of beer, neglecting her dog and pubescent daughter, and reminiscing about someone she loved, a man who “had a shadow as big as the state of Montana. . . . a man.”

ode to fragile is a worthwhile read. Many of the poems could benefit from pruning and adjustment, but there are enough outstanding images and experimental moments to keep us engaged. Piryaei offers us a complex collection that, as poet Muriel Rukeyser put it, reaches us intellectually while showing that “the way is through emotion, through what we call feeling.” 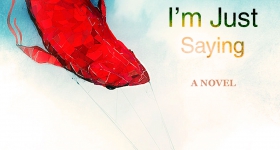