Props to you on your New York magazine cover story “Paper Tigers: What happens to all the Asian-American overachievers when the test-taking ends?” which has been re-Tweeted and linked on Facebook by every Asian American with Internet access in the past 24 hours. In its online version, the article has already elicited 180 comments and counting. Many of the comments are part of a fairly vigorous debate between those readers who found your article to be insightful, those who found it to be self-indulgent, and those who hold every other possible opinion that lies between those two poles. I tell ya, there’s something about Asian Pacific Heritage Month that just gets everyone so riled up.

Internally, we at Hyphen had a similar debate. Our staff is diverse in background and opinion -- one of our few across-the-board commonalities being reliance on the never-ending email thread -- which is reflective of our mission to explore and feature the Asian America that exists outside of Model Minority mythology.

The Model Minority Myth may have been based on generalizations of "Asian culture," but it has been perpetuated in order to justify tacitly the racial limitations in the workplace and classroom you aptly speak of in your article. Asian American employees are never quite “management material” and Asian American students paradoxically need to out-Asian themselves academically in order to get into elite universities, compared to whites.

Many readers identified with your middle finger to that dogged pursuit of achievement which has left many unfulfilled socially, romantically or economically, and I wanted to join in, too. But I couldn't find a foothold in an article devoted almost solely to overachievers, to the most visible archetype in Asian America. Based on personal experience, I can't relate to how hard it is be an Asian American engineer, Stuyvestant alum, Williams grad, or IBM employee. Even the men learning to smile and modulate their vocal inflection for seduction purposes come from a point of privilege in order to pay for training by the Asian Playboy.

This is not a guilt trip nor is it an attempt to invalidate your feelings on the matter or the feelings of your interviewees. This article is your story, your perspective on Asian American experience and you are not beholden to anyone to be representative of a racial group, especially one this diverse. My fellow blogger Michael put it best when he suggested taking a step back, to think of the audience New York magazine is trying to reach. Not every readership is familiar with Asian American history or activism and what may seem like retreading of old ground to one community may be new territory to another. Any expression of Asian American identity is always welcome, in my opinion -- particularly on a mainstream level. It's not expected that every Asian American person will agree with the sentiments of one. How could we? We're all so different. We are tigers of many stripes, Paper, Mother, or otherwise.

But not everyone knows that, and many already mistakenly think the Paper Tiger experience is the Asian American experience. And that's really the only reason for this post. It is not to overly critique your highly personal yet thoroughly reported article, but to supplement it with information that this particular Asian American thinks is significant. I will be just one of many in the coming days. It'll be like Chua Redux, only even more hyped because your use of F-bombs and Asian Playboy references! The opinions will fly until we've temporarily fatigued of the topic and 'paper tigers' will probably join the pop cultural lexicon. You challenged us to make defiant noise and it seems like we've already accepted. 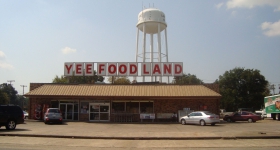 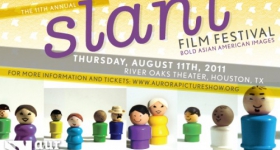 Anonymous wrote on Tue, 05/10/2011 - 10:10am
I had never heard of Wesley Yang before yesterday, but now I'm convinced that he is nothing more than the Asian American Uncle Tom. Beyond the community of people who readily identify themselves as Asian Americans, not just in terms of physical appearance but also cultural characteristics, many like Wesley are quick to loathe themselves for their heritage. These are the same people who don't understand why we need civic associations or a magazine like Hyphen. Yang's most defining characteristic in the article is his complete and utter kowtowing to white provincialism. Even after all the evidence he's painstakingly gathered from interviews and research, the conclusion he arrives at is "We have to strive to be more like them," them, meaning of course, those privileged white kids who live in Tribeca, and will have the keys handed to them even if, as George W. Bush proved, they barely make a C average in school. Yang's servility in the face of the white power structure then, is probably the most stereotypically Asian thing he could do. And he seems to do it constantly. Yang also goes wrong when he selects ex-Stuyvesant nerds like Jefferson Mao to prove that studying hard really isn't the answer. Yang forgets though that newly arrived immigrants from Asia like Mao are already at a huge disadvantage due to their background. That Mao went to U Chicago and earned a respectable degree should be the true focus of his essay. In the larger scheme of immigration, it is a rare achievement that doesn't magically happen to anyone in America. It comes with hard work, now rarely celebrated in this country. So while pumping the iron of math (was that the phrase?) is less than an ideal way to pass your childhood, one thing is clear. Not pumping the math will probably have any newly arrived immigrant pumping the tires of a douchebag white yuppie as he careens into the car wash. This is the same archetype who will probably never care to know what life's like for the rest of us, which for better or for worse, means that children of Asian immigrants need to keep on moving without giving up in some brazen gesture of hip defiance.
Ricky wrote on Tue, 05/10/2011 - 1:08pm
"Having glimpsed just how unacceptable the world judges my demeanor, could I too strive to make up for my shortcomings? Practice a shit-eating grin until it becomes natural? Love the world twice as hard? I see the appeal of getting with the program. But this is not my choice. Striving to meet others’ expectations may be a necessary cost of assimilation, but I am not going to do it." I don't think Yang really proposes an answer per se. And I think that the anecdotes and people he met aren't necessarily the embodiment of what he thinks APIAs should aim for and perhaps purposely so. I think underneath it all, he's trying to show a raw-er side to this particular story. As people who carve their own way not necessarily to break out of molds or fall in them, but just trying to get by and do what they want to do, whether it is pick up women, raising kids, whatever. You just do you. But of course, I might be projecting my own viewpoints, so who knows but him?
JT "Asian Playb... wrote on Sun, 05/15/2011 - 9:02pm
I do love it when I can help create a stir of controversy. The only problem with trying to be all inclusive is the fact that the readership has a minute attention span. Wesley's article was a gargantuan 11 pages, but imagine if he tried to include all groups. It doesn't make it any more right, per se, but it certainly makes it more EFFECTIVE. After all, what's the enemy of being good? Trying to be perfect. And to those who argue that the article was male-centric. You're completely 100% correct. To which I would argue that the predominant (albeit rare) items that make it to the national level of American consciousness are primarily Asian American female demagogues and representatives like Amy Tan, Amy Chua, Lisa Ling, etc. As Asian men, we don't have a voice in the already incredibly small piece of the media pie. But anyways, I enjoyed reading your response. JT Tran http://www.abcsofattraction.com