This week, the House Subcommittee on Immigration and Policy Enforcement will hold a hearing on a bill known as the “Legal Workforce Act” (H.R. 2164). The bill, sponsored by Rep. Lamar Smith (R-Texas), would mandate the use of the E-Verify system for all employers.

Although touted as a success by Rep. Smith, E-Verify is in reality a deeply flawed program. If made mandatory, it would cripple America’s economy, devastate its labor market, and result in discriminatory outcomes for workers, especially for those in the Asian American and Pacific Islander (AAPI) community.

E-Verify is a federal web-based program that offers employers a way to verify a employee’s work authorization and supplements the I-9 form for new hires. In theory, employers can electronically verify their employees’ employment eligibility with two federal agencies: 1) the Department of Homeland Security (DHS), and 2) the Social Security Administration (SSA).

Requiring use of E-Verify will prevent millions of American workers from getting jobs and cause many more workers to lose their jobs. Every day, employers already wrongfully receive red flags on workers, known as “tentative non-confirmations” (TNCs), based on errors in the E-Verify databases. These errors arise, for example, if a person’s name is misspelled or if his or her records are outdated.

E-Verify is particularly harmful for foreign-born workers, as green card holders and naturalized citizens are 20 times more likely than native-born citizens to falsely receive TNCs. This is especially troubling for AAPIs because more than 8 million AAPIs are foreign-born.

Furthermore, workers have little or no protection when they are falsely suspended or terminated as a result of E-Verify. Fane, a Tongan woman who was naturalized in 1993, was a victim of an improper E-Verify TNC. Although a U.S. citizen, E-Verify flagged her as unauthorized to work. She was not allowed to return to work until the issue was cleared up, losing out on two weeks worth of pay. Only after multiple trips to SSA did she discover that why she received a TNC: when she became a U.S. citizen, her records at SSA were not updated. Under E-Verify, Fane was never able to receive her two weeks’ worth of back pay -- a heavy burden for a single mother of four children.

E-Verify promotes discrimination against AAPIs, as under-trained employers may assume a worker is undocumented if they receive a TNC in error and unduly fire the worker or simply not hire them at all. A government-funded study found that employer noncompliance with the E-Verify pilot program’s rules was “substantial,” finding that employers 1) engaged in prohibited practices such as pre-employment screening, 2) took adverse employment actions based on tentative non-confirmation notices, and 3) failed to inform employees of their rights. The proposed law would also allow employers to use E-Verify to prescreen job applicants. AAPI workers and other foreign-born or foreign-looking employees will have a harder time getting a job because employers may want to avoid the risk of E-Verify mismatches or errors. This opens to door to discrimination based on national origin and race.

In an ailing economy, we cannot afford to divert the time and resources of workers like Fane. The American Council on International Personnel reports that corrections at SSA usually take in excess of 90 days, and that employees must wait four or more hours per trip, with repeated trips to SSA frequently required to get their records corrected. E-Verify will jeopardize the productivity of its AAPI workers by creating hardship for employees.

Don’t believe supporters when they say that E-Verify will help our economy. E-Verify, with its high error rates and potentially discriminatory results, will hurt all workers, including U.S. citizens and green card holders. Until the error rate is reduced and a better enforcement and accountability procedures are set in place, let’s stop hitting the gas on this broken car. E-Verify is not ready for prime time and should not be made mandatory. 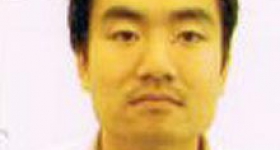