There is little chance that the 14th Amendment to the U.S. Constitution will be repealed -- but that’s not the point, according to law experts and advocates of immigrant communities. The objective of conservatives who are pushing to deny birthright citizenship -- an issue that resurfaced in this week’s Republican presidential debate -- may simply be to change the conversation, to move the “goal post” on the immigration debate. And even though they will likely not be successful in changing the Constitution any time soon, the effect of the debate itself has already led to a climate of fear among immigrant communities and -- in particular -- women and children.

The debate surrounding this issue is in itself toxic and contributes to anti-immigrant sentiment and ethnic profiling, said various speakers Wednesday afternoon in a telephonic conference for ethnic media, co-hosted by New America Media and The Opportunity Agenda.

Speakers in the press conference, titled Tracking the Crackdown, said that challenges to the 14th Amendment are often veiled attacks on some of the most vulnerable among us: minority infants and women of childbearing age.

“While the debate about the 14th Amendment is about the Constitution in letter, the battle that is being pitched is fundamentally about immigrant women’s wombs,” said Miriam Yeung, executive director of the National Asian Pacific American Women’s Forum.

Juhu Thukral, director of law and advocacy at The Opportunity Agenda, agreed that, “while these efforts are damaging our Constitution, our legal traditions and our common values, they really are about attacking immigrant women,” adding that such attacks set the stage for “dangerous legislation,” citing recent bills in Arizona, Georgia and Alabama that empower local police departments to detain people on suspicion of illegal residency status.

Efforts to repeal the 14th Amendment might also have more subtle cultural implications. Yeung offered the story of Yuki Lin, the daughter of a Chinese immigrant who has gained national media attention as the first baby born in the United States in 2007. Her well-timed birth garnered her a $25,000 savings bond from a Toys “R” Us contest, but her prize was revoked when the retailer discovered that her mother was not a legal resident. The prize was instead awarded to a baby in Gainesville, GA, whose mother described her child as “an American all the way.”

Lin is one of 4.5 million US citizens who are children of undocumented immigrants in the United States.

While her prize was eventually restored after widespread protest, Yeung said the incident highlights how children of undocumented immigrants are at times considered to be second-class citizens.

“We as a country have always struggled with answering the fundamental question: Who is an American? This question is not a new one and Asian Americans have had a particular piece of that story,” Yeung said. “Asian Americans continually face stereotypes about being foreign, strange and untrustworthy.”

Efforts to deny birthright citizenship, according to Thukral, “are inflaming negative public discourse and rhetoric about immigration and immigrants.”

A poll of Latino voters released this week by ImpreMedia and Latino Decisions found that 76 percent of respondents believe there is currently an anti-immigrant or anti-Hispanic sentiment in the United States. Across socio-economic classes, for the first time in their polling, the majority of respondents chose immigration reform as the most important national issue facing their community.

“I think that will continue to be on the minds of Latino voters,” said pollster Matt Berreto, adding, “Rhetoric has an impact.”

One of the post-Civil War Reconstruction Amendments, the 14th Amendment was passed in 1868 and was intended to overturn the Dred Scott Supreme Court decision, which held that blacks could not become U.S. citizens. Some argue that the framers of the Amendment never envisioned it being applied to undocumented immigrants.

Former Minnesota Gov. Tim Pawlenty seemed to agree with Cain’s interpretation. “The issue of birthright citizenship, again, brings up the importance of appointing conservative justices. That result is because the U.S. Supreme Court determined that that right exists, notwithstanding language in the Constitution,” he said during the debate.

“The immigration question, in fact, was specifically debated by the framers of the 14th Amendment in the context of Chinese immigrants and Roma or so-called gypsies, who were also disfavored groups at that time,” he said. Congressmen had argued that the children of those immigrants should not be citizens, but “they lost that debate, so it was discussed and those arguments were rejected.”

The framers of the Amendment, Jenkins said, “used the term ‘all persons’ because they knew that long after slavery had faded there would always be some group in our nation that was so disliked and disfavored that the citizenship of their US born children would be challenged.”

But while Jenkins said he believes that “there is literally no chance” that the Constitution will be amended anytime soon, some advocates may believe that, with a little patience, the movement will ultimately lead to a Constitution-level change.

“Attacking the 14th Amendment has been a strategy that they’ve laid the groundwork for since the ‘70s,” Yeung said. “This is a part of a 30- to 40-year campaign that they’ve started to lay” as part of a long-term strategy to change the climate.

Until then, Yeung said, “They are using this issue, not because they can win it tomorrow -- and they probably don’t think they can win it for another 30 years, although they will keep trying -- but because it will drive us apart from one another.”

Bills to change the 14th Amendment have been introduced in Congress every year since 1993. 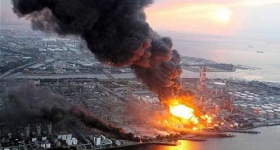 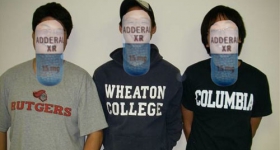