Editor’s Note: Lured by the promise of a well-paid job, an Indian guest worker soon found himself in a labor camp in Texas. This is part three in a six-part series profiling winners of the Freedom From Fear Awards.

With the proceeds from the sale of his parents’ home in India, loans from aunts and uncles, and the money he’d saved while working as a welder in the Middle East, Aby K. Raju was able to scrape together the $20,000 the job recruiter wanted from him in exchange for a job in the United States and a green card.

The recruiter painted a rosy picture of life in the United States -- a well-paid job as a welder at the shipyard company Signal International, a shared apartment with three other workers, transportation to and from work and good food. Around 500 other welders and pipefitters from all over India and Gulf countries were lured by the same recruitment firm with a similar promise.

The offer was hard to pass up, and the men arrived in the United States in 2006 and 2007, filled with hope to make a comfortable living, which would allow them to bring over their families in a few years.

But shortly after their arrival, those hopes evaporated as they faced oppressive living conditions and other broken promises at the two Signal shipyards in Texas and Mississippi.

Last month, Raju was recognized for overcoming extraordinary risks in helping the workers fight their way to freedom.

He is one of this year’s 15 recipients of the Freedom From Fear Award, an honor given by the non-profit group Public Interest Projects (PIP) to recognize accomplishments made on behalf of immigrants and refugees.

“We came with great hopes,” said Raju, now 34, and living in Macon, GA, with his wife and 4-year-old child. “Those hopes were snatched away from us.”

He was assigned to Signal’s Orange, TX shipyard, but only as a part-time worker, like many of his fellow Indian workers. They made significantly less than their white colleagues.

He and his Indian American colleagues were given housing in “labor camp-like” conditions, as he describes it. They were packed in cabins, with 24 bunks and two bathrooms to a cabin. The company docked $1,050 a month toward rent from each employee’s paycheck.

The canteen food was so salty and oily that most of the men “survived on frozen foods,” Raju said, noting that company officials paid no heed when they complained about the food or the housing.

“We asked if we could rent apartments (on our own) near the shipyard, and they said we could but that they would still deduct $1,050 in rent,” Raju said.

Because their H 2B temporary work visas did not permit them to transfer to other companies, the men had no choice but to stick it out -- until Raju and a handful of his fellow workers began organizing in 2007, often under cover of darkness.

“After work, we went from trailer to trailer and talked to other workers,” Raju said, noting: “Some of them were too scared to support us.”

For most of the workers, going back to India was not an option because they had sold everything to come to the United States. Meanwhile, Signal reneged on its promise to sponsor their green cards to get permanent residency.

After several clandestine meetings, Raju and about 250 other workers took a leap of faith and escaped from the labor camps. For five days, the men traveled by foot to New Orleans and then on to Washington, DC, on a “satyagraha walk,” a la Mahatma Gandhi.

Many of the workers began a 23-day hunger strike to demand redress and attract media attention. That got them a meeting with US Immigration and Customs Enforcement (ICE) officials. But ICE “ganged up with Signal against us,” Raju said.

Despite the threat of deportation hanging over their heads, Raju and his fellow workers never let up in their fight for justice. Raju became the first H 2B worker to testify before Congress.

“We didn’t want to keep quiet,” said Raju in a telephone interview from Georgia, where he is working as a welder. “We wanted to let the public know about ICE’s actions -- instead of helping us they were using scare tactics against us.”

With free legal help from the New Orleans Workers’ Center for Racial Justice, two years ago Raju and other members of the New Orleans-based Alliance of Guest Workers for Dignity got the Obama administration to grant them legal status and allow them to be reunited with their families in the United States.

Earlier this year, attorneys filed a class action lawsuit on behalf of the workers from India, who were described in the lawsuit as victims of “human trafficking” and organized crime -- claims that if proved would make it the largest trafficking case in U.S. history, according to media reports.

The civil suit alleges that a group of employers, immigration lawyers and labor recruiters in India, New Orleans, Texas and Mississippi conspired to deceive and exploit the workers in a multinational scam. No one in this case, however, has been charged with any crime.

The first Freedom from Fear Awards honors “ordinary people who have committed extraordinary acts of courage on behalf of immigrants and refugees -- individuals who have taken a risk, set an example, and inspired others to awareness or action.” The Freedom from Fear Award was created by philanthropic leaders Geri Mannion and Taryn Higashi and administered and produced by Public Interest Projects. For more information, visit www.freedomfromfearaward.com. 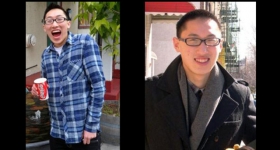 sabulal vijayan wrote on Tue, 10/09/2012 - 4:50pm
all these statements made by Aby K Raju and New Orleans workers center are fraud/tricky news. this man didn't organize any one in the signal labor camp and helped any either. workers center is fooling the poeple by giving false statements with available men without backbone. the story is totally different