Vicky Tran has worked as a manicurist for two decades, and, until recently, worked for Natalie Salon since 2006. Tran says she regularly worked nine to 10 and a half hour days, but was never paid overtime. She says she often didn’t get to eat meals because she was so busy.

“I decided to get involved [in the lawsuit] because I felt it was wrong to treat employees that way. I wanted to stand up for myself and co-workers to get properly paid,” said Tran, a plaintiff in the case, during a press conference on Tuesday.

The lawsuit also charges Natalie Salon with confiscation of a portion of workers’ tips, unlawful deductions from paychecks for minor infractions like dropping nail polish, and failure to provide required meal periods.

“Natalie Salon believes they can get away with it, because they think workers don’t know where to get help. I have learned the law and I will not accept this kind of treatment,” Tran said.

“[We are] not able to come up with a dollar figure, but we believe … with the hours of overtime due, [the amount] is significant,” said Kao.

Natalie Salon co-owner Bill Dong said he had not heard about the lawsuit, but denied that he and his wife and co-owner Natalie Phan had failed to properly pay workers. In the past, Dong says, he and his wife paid workers a daily flat rate of at least $85 that satisfied both minimum wage and overtime requirements.

“The majority of Vietnamese-owned nail salons pay a day rate … there’s extra to cover overtime,” Dong said in Vietnamese, during a phone interview. “Workers claiming that [we don’t pay overtime] are not right.”

Elizabeth Lawrence, a partner in the law firm Davis Cowell & Bowe, LLP, said the practice of paying a flat day rate is unlawful.

“He still has to pay overtime. If [the work day is] more than eight hours, workers get time and a half … He’s not providing that overtime rate,” Lawrence said.

In June, Dong says, he and his wife consulted an attorney, who advised the couple to pay their nail technicians an hourly wage.

“When he got wind of the [complaints], he recognized that he wasn’t following the law, and he had to take steps to correct that, and that’s a good thing,” said Kao of the Asian Law Caucus. She says that the lawsuit opens up a “discovery” process where the business owners will be required to hand over time records that could help reveal ongoing problems.

In the past, Kao says, state labor laws prohibited these types of “day rate” agreements between an employer and employee that included overtime pay. The law is a bit murkier now, she says, with a recent “state appellate” decision that offers the opposite view, under very limited circumstances.

“But, even under the Arichega standard, Natalie Salon's daily rate was clearly unlawful. The flat daily rates paid to the workers do not provide the required time and a half, the employee's basic rate for the overtime hours they regularly worked,” Kao said in an email.

After 20 years, manicurist Tran has left the nail business. She’s now employed as an electrical technician in Santa Clara County. Like many of her peers, she says she entered the nail business because it doesn’t take a lot of training, money or education to get started, and workers can succeed with limited English-language skills. In the last two decades, Vietnamese immigrant women entered the profession in droves.

There are 96,000 licensed nail technicians in California, and  60-80 percent of the workers are Vietnamese, according to information from the Asian Law Caucus. Kao says the group learned about the Natalie Salon case when a manicurist visited its workers’ rights clinic for more information about labor laws.

“Employees feel they can get away with more because people need the jobs,” Kao said. “Families need the wages to meet family needs. Wage theft is particularly hard during the bad economy.” 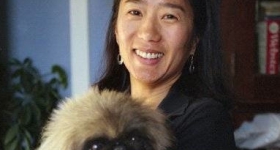 Anonymous wrote on Wed, 02/27/2013 - 11:56pm
I have been to Natalie Salon for many years and happened to get to know the owners well. They were immigrants themselves but they work hard and always strive to do their best for their employees. The employees love to work at their shop. However, a few of them turned their back against the owner due to jealousy. These few individuals also stole customers from the Salon and started a new nail shop across from Natalie Salon in Redwood City.