LiNK and Kollaboration are producing the inaugural Koreatown Comedy Festival, hosted by PK and Dumbfoundead. Lineup will include: Aiko Tanaka, Eliot Chang, George Wang, and many more. More info here. Comedy group Stir Friday Night -- which brought to audiences How I Met Your Tiger Mother -- will be a part of this year's Chicago Sketch Fest. More info here. OCA, a national organization
dedicated to advancing the political, social, and economic well-being of APAs, is accepting applications for its 2012 Summer
Internship Program. The Program seeks to cultivate future leadership by providing students from all
over the country an opportunity to be involved in the political process. Participants of this program will be placed in a paid internship in a federal
agency, nonprofit, congressional office, or corporation that matches their
background and interests -- including some placements at the OCA National Center. Interns are also
invited to take part in the OCA National Convention in Las Vegas, Nevada from August 2 to 5. Interns are expected to commit to wor full-time for ten weeks between the
dates of May 28 to August 17, 2012.  More info and application here. Deadline: March
12, 2012. 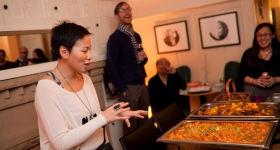 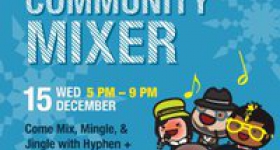 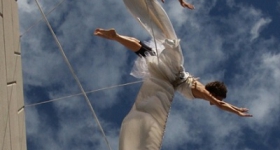