For South Asians in politics
on a national level, the spotlight has mostly fallen on conservative governors
Nikki Haley of South Carolina and Bobby Jindal of Louisiana. Yet a question
remains as to whether they can really speak for the 3.4 million South Asians currently
living in the United States.

I posed this question to Assemblyman
Chivikula last week. He pointed out that demographically, South Asian political
support tends to be overwhelmingly Democratic. The elections of Jindal and
Haley as candidates of South Asian descent were outside the norm of how most
South Asians vote, he said.

Indian
Americans have been traditional supporters of the Democratic Party. As many as
85 percent of them favor the re-election of President Barack Obama, according
to a recent survey from Lake Research Partners. The same survey also pointed
out that Indian Americans have the most favorable opinions of Obama when
weighed against other Asian Americans. Likewise, a record number of candidates
of South Asian decent – at least 12 – are running for Congress, with a majority
of them being Democrats.

Chivikula
emigrated from India to the United States in 1974, going from being an engineer
in those early years to running for Congress today. He started off his career
in public service as a community activist in the 1980s.  He joined his local city council in 1997,
before moving onto vice mayor of the city of Franklin in 1998 and then becoming
mayor in 2000. In 2001, he was elected to the New Jersey state General
Assembly.

He
reflected on his 2001 election as a particularly difficult one.

“It
was a difficult year because the 2001 election occurred right after the
September 11 attacks and there was lot of distrust among voters toward
immigrant populations,” he said.

Chivikula
overcame this distrust by touting his long record of public service and
experience. He has served as a New Jersey state assemblyman since.

During
his time in office, he worked diligently on energy issues as the
behind-the-scenes architect of New Jersey’s innovative legislation that is
fueling unprecedented state investment in solar energy. Chivikula’s political
track record also includes sponsoring legislation focused on women’s and
children’s issues, as well as supporting small business legislation for women
and minorities. He has been elected as a deputy
speaker and chair of the Telecommunications and Utilities Committee, and
currently serves as the vice chair of the Homeland Security and State
Preparedness Committee. Chivikula is an executive committee member of the National
Asian Pacific American Caucus of State Legislators.

As
a high ranking public official, and as someone who is taking the next step to
run for a congressional seat, Chivikula successfully retains his identity and
heritage, yet still appeals to his constituents as a whole.

“I
do not just depend on South Asian support,” Chivikula said, “Issues include
everyone, and the most important aspect of being an elected official is understanding
peoples issues firsthand.”

It
is his wide appeal both within and outside the South Asian community that
helped to maintain his popularity.

His
approachability has also been his asset. I recalled meeting Chivikula many
times as an undergraduate political science major at Rutgers University. I was
struck by his availability to students and to the community. He came to many Asian
and South Asian student events and never hesitated to shake hands and speak
with young people who approached him.

Chivikula
takes pride in his accessibility to the public. “I am approachable because I
want to help people. Public service is a highest service that you can do.
People need to reach out to elected officials to voice their issues and be
heard,” he said.

In
November, Chivikula will find out if he will indeed be the voice of the
people, as he runs against an incumbent Republican candidate in a new district.

When
asked about his thoughts on South Asians in progressive politics in the future,
Chivikula is hopeful. He feels that many younger South Asians are passionate
about going into politics, and are starting to get more involved. He also finds
social media and the Internet to be promising tools in mobilizing young people
and spreading information about politics.

He
urges young people to get involved and help on campaigns in order to learn the
ropes so that they can avoid time-consuming mistakes when they run for office themselves.

“Even
if they run for office and don’t make it, they will still gain valuable skills
in fundraising and campaigning,” he said.

This post is part of Hyphen
Politics, an ongoing series that looks
at where Asian America and politics intersect in the run-up to the 2012 general
election. 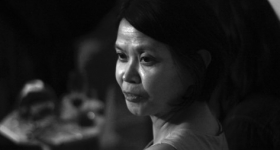