When
Nizam, a crippled Afghani woman, arrives at an American military base looking
for her brother Yusuf’s body, she sets off a chain of events that tests the
convictions of the soldiers. As they speculate over whether she’s a Trojan
horse, a spy sent by the Taliban, or whether she is simply what she says she is
-- a sister who wants to bury her brother’s body -- Nizam holds her ground,
refusing to leave without Yusuf’s body. Meanwhile, the war, or rather, the
waiting and watching that characterizes the war in Afghanistan, is taking its
toll on the soldiers. In many ways, The
Watch is a classic anti-war narrative. Bhattacharya takes great pains to
paint a realistic portrayal of war, the camaraderie between the men, and the
emotional support that they so badly need from one another.

At
the heart of the narrative is Nizam and the dilemma her presence elicits. When
Nizam is told that she cannot give Yusuf a Muslim burial until he has been
properly identified, she argues with Masood, the Tajik translator, for the
right to her brother’s body.

“Yusuf must be given a proper burial.
That’s why I’m here. It is my right.”

“Our business with him is not finished.”

“He is dead. What business can you
possibly have with him?”

“He was a terrorist, a Talib, and a bad
saray.”

“That isn’t true! My brother was a
Pashtun hero, a Mujahid, and a freedom fighter. He fought the Talib. And he
died fighting the Amrikâyi invaders. He was a brave man.”

Nizam’s
strength of character both impresses and terrifies the soldiers. She mystifies
them and at the same time, causes them to ask themselves what they would do in
her position. This last issue becomes especially important in the novel as the
Lieutenant, the First Sergeant, the Medic and various other soldiers take a
stand against their Captain who refuses to release Yusuf’s body to Nizam.

The
whole novel is an examination of that one particular incident from the
perspectives of all those involved. The non-linear narrative depicts the chaos
of war. We wade through soldiers’ nightmares, hopes, and aspirations for the
future. Their daydreams and nightmares of home often crash into the conditions
of their present. These transitions are so smooth that they are at times
disorienting, and it takes a while for reality to settle back in, both for the
reader and for the characters. The
novel is also a retelling of Antigone --
a Greek tragedy about a young woman sentenced to death for burying her slain
brother who was considered a traitor. Lt. Nick Frobenius constantly quotes from
the book, to the chagrin and the mystification of his men and many of us who
may not be familiar with the story. During one conversation, Frobenius’
compares the current American leadership to the Creons. The puzzled Second
Lieutenant asks him to explain and Frobenius rolls out a response that is as
caustic as it is idealistic:

Creon was the king of Thebes in ancient
Greece. He was a tyrant and a dictator, but even he had nothing on these
clowns. They’re all suit and no soul. I tell you, man, the military is the only
institution left in America with any conception of honor -- or any of the
virtues that once made the good old U.S. of A the place the whole damn world
looked up to. Think courage, endurance, integrity judgment, justice, loyalty,
discipline, knowledge. The rest of them -- the civilian leadership, especially
-- are just a pile of crap. They’ve absolutely no vision. The politicians are
shameless: all they care about is power.

Bhattacharya’s
portrayal of American soldiers is unflinching -- some are war pigs raring to
take home Talibani trophies; others, like Lieutenant Frobenius, are reluctant
warriors.  But all of them struggle to
reconcile the ground reality of war in Afghanistan with the mission they were
given back in training. It’s harder to tell the good guys from the bad when you
can no longer tell if you are one of the good guys or not. It is also an
examination of the more delicate issue: if Americans are viewed, as ‘invaders’
then aren’t the resistance ‘freedom fighters’?

But
everyone has their tragedies, their own personal demons. The crippled Afghani
woman is not the only one who has lost a family member. American soldiers
battle Afghani dust storms, Taliban fire, and civilian mistrust. They also
battle to save their own failing marriages, lost loves, dying parents,
brothers, and comrades. In war, death and loss visits everyone.

Anisha Sridhar is a
writer and current graduate student at NYU. She blogs at www.anishasridhar.wordpress.com. 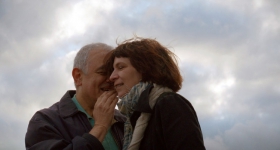 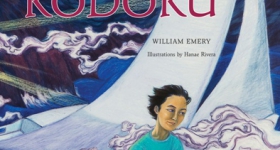